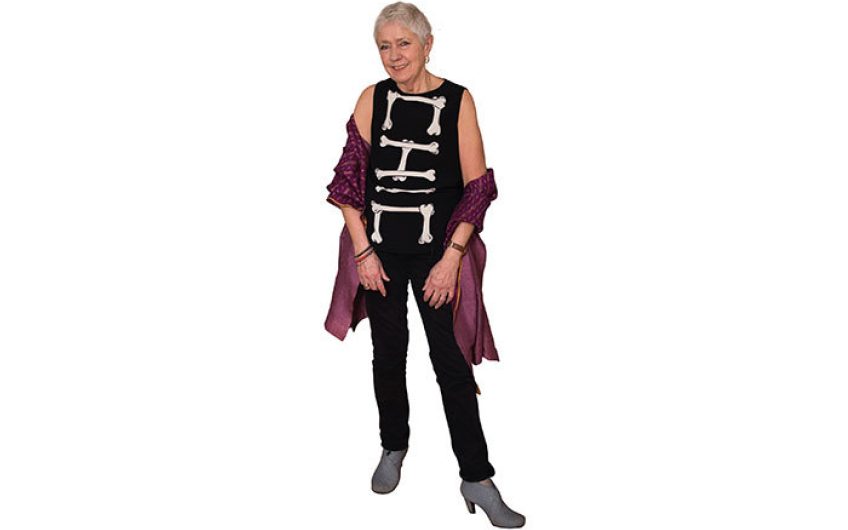 The brilliant Rami Malek won an Oscar for his stunning performance as Freddie Mercury in Bohemian Rhapsody. Now it has been announced that he will be the next Bond Villain.

Malek landed the part in Bohemian Rhapsody because of Susie Figgis, the casting director for the film. She saw him in Mr Robot, an American series about a computer hacker, and chose him for the part. Figgis has cast more than 100 films in her career – from The Killing Fields to The Full Monty; from The Crying Game to Alice in Wonderland. And she has ‘discovered’ many stars – among them the then 11-year-old Daniel Radcliffe of Harry Potter fame.

Her first piece of casting was herself. For the first 14 years of her life, she longed to be a boy; she dressed in boy’s clothes and called herself Christopher.

‘And then one day I was on a bus and two workmen wolf-whistled at me and I thought, “Goodbye Christopher! Hello Susie!’’ ’

Most of those 14 years were spent in Kenya, where her father worked for the family law firm (it is still there). But in 1958, aged ten, she was sent to boarding school in England. Like so many others raised overseas, she has felt like an outsider ever since.

‘I came into films from that position. I was never part of the hip London trendy scene. I saw things differently.’

Boarding school was another defining factor. ‘It completely formed me as a person. I was the youngest girl in my intake and miserable, but you either go under or you survive – and I was a survivor.’

She had a crush on an older girl, Rosie, and would lurk on the landing to say, ‘Night-night’, as Rosie went up to her dorm. ‘Ma B’, the headmistress, noticed and punished Figgis by shutting her up alone in the huge school library in the pitch dark for hours. ‘I overcame my terror because otherwise Ma B would have won. Now I can walk in the dark and feel no fear.’

Figgis was expelled from two schools and left before A-levels but later, aged 23, she found a brilliant young tutor who helped her pass the exams. They became lifelong friends – she was Gail Rebuck, now Baroness Rebuck, boss of Penguin Random House in Britain.

After various jobs, she drifted into working for a casting agency but soon set up on her own in the corner of a loft in Soho. ‘And then I just got luck. I had a phone call from Dickie Attenborough – I thought it was a joke at first – and he wanted me to help with casting the film Gandhi.’

Major films came thick and fast but it was Cry Freedom, five years later, that changed her life again. The film is about Steve Biko a South African anti-apartheid activist. While filming it in Africa, she met her husband, Bill Anderson, who, at that time, was a white member of the military wing of the ANC (he now works on data in developing countries).

‘He carried a gun. We had to meet secretly on street corners. I think I thought I was still in the movies and I fell in love with him. We got married and, startlingly, we are still together 28 years on.’

A year after they married, they were joined by their baby daughter, Anu.

Figgis has a particular method of choosing actors – which is to take time.

‘Now, in casting, all they want to see is lists of 50 people with great Instagram followings and self-tapes. But I spend at least an hour, with my assistant Kirsty Kinnear [sister of Rory], auditioning an actor, looking for some extra-special quality.’

Figgis’s good-luck charms include an elephant-hair bracelet given to her by a friend – ‘I met my husband soon after’ – and an Indian gold pendant to protect against illness. She doesn’t give much thought to clothes: ‘I wear my black Levi jeans – I have four pairs – with fabulously comfortable shoes from United Nude and T-shirts. I loved this one by Moschino (pictured) because I liked the idea of being an old bag in bones. I didn’t notice that it said CHIC until I got home.’

Almost a decade ago, Figgis had cancer and opted for a double mastectomy. After chemo, her hair grew back white and she has it cut very short by Guiseppe at Windle & Moodie.

‘Flat-chested, with a boy’s hair cut, I feel a bit like Christopher again,’ she says, smiling wryly.

Susie Figgis’s next film, ‘Dumbo’, directed by Tim Burton, comes out in March

Getting Dressed: Out of the habit

Getting Dressed: The eternal Cosmo girl​

Getting dressed: The bright stuff