The Queen's Canalettos – the best collection in the world 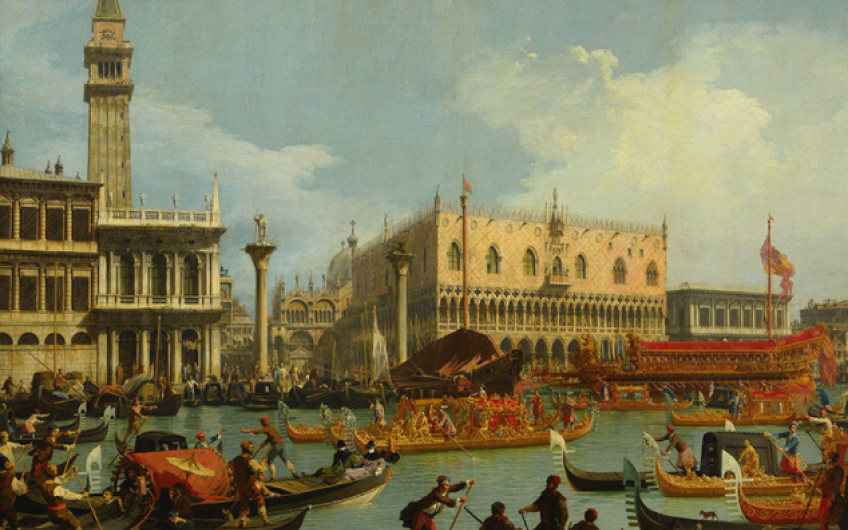 If I became the King of England, I know how I’d spend my first day: covering my bedroom walls with Canalettos.

The Queen has the best collection of Canalettos in the world, thanks to George III, who got a job lot of them in 1762 from Joseph Smith, the artist’s agent. George III bought Smith’s collection to furnish his new home, Buckingham House – later Buckingham Palace.

Tomorrow, a new exhibition, Canaletto & the Art of Venice, opens at the Queen’s Gallery at Buckingham Palace. And what an exceptional show it is.

There are his familiar Venice paintings, of the Grand Canal and the Rialto. But there are also dozens of drawings of less familiar views of Italy – of remote islands out in the Venetian lagoon, with the campanile of St Mark’s just visible on the horizon.

Most surprising of all is a series of five Canalettos of Roman views: of the forum and the Pantheon.

You’re so used to seeing Canaletto’s style applied to the canals and palazzi of Venice that it’s a cheering jolt to the system to see it transported to Rome. Here are his elegant, playful Italians lounging beneath the Arches of Titus and Septimius Severus. Here is his assured architectural line and his rich palette, below a southern sky. A real treat.