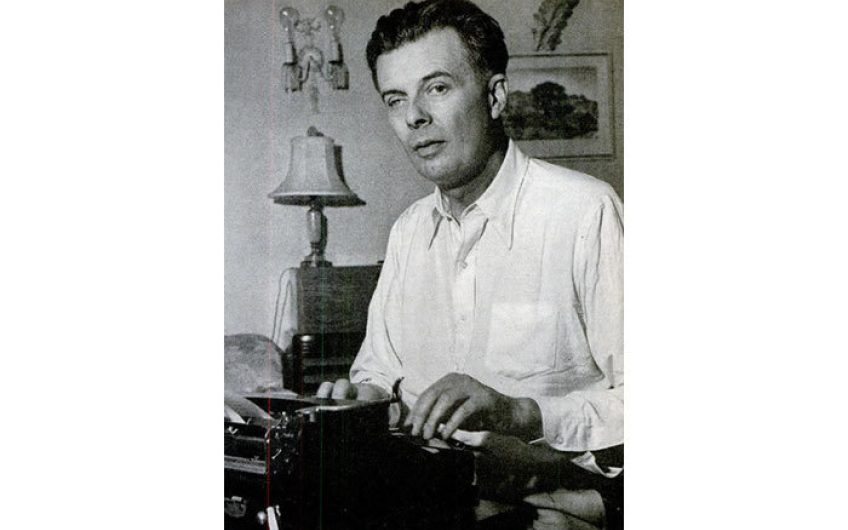 Sixty years ago, luck and a free-ranging features editor conspired to send me to interview the one person, other than Marilyn Monroe or Brigitte Bardot, perhaps, that I would have aspired to meet. I was the television critic of the doomed News Chronicle. In addition to a nightly review I was required to write two columns a week on broadcasting matters. One morning, the features editor put his head round the door and said, ‘Aldous Huxley is in town. Would you like to go and see him for us?’ You bet! I had no literary form. This was casting against speciality, as occasionally practised by Fleet Street’s more imaginative executives. What I couldn’t know was that the outcome of the interview would become more and more topical over the years, and never more so than today. In Oldie parlance it would be material not only for ‘I Once Met’ but also for ‘A Voice from the Grave’.

I had been reading Huxley since boyhood and knew that lately he had worked as a Hollywood screenwriter and contributed to Esquire magazine, but it wasn’t until I was on demob leave in 1947 that I became mesmerised by him. At home in the Wirral I would go drinking with two medical-student friends (favourite studies: Surface Anatomy and Social Gynaecology) who were also Huxley fans, and over pints of black and tan in the Ring O’ Bells we’d discuss his novels. Although Huxley was an unashamed intellectual and we were down to earth, we were fascinated by his ideas, the worlds he conjured up and, only too recognisably in our case, the inept sex-lives his characters led.

Huxley wove through the foyer of his modest hotel like a silver wraith. His hair was silvery grey, his suit likewise. His teeth had the porcelain regularity that only American dentists seemed then to achieve. His voice was exquisitely modulated, his phrasing sure and graceful – until sooner or later he let slip an Americanism.

Working in Hollywood had been fascinating, particularly with David Selznick, and he’d enjoyed Esquire, the only magazine that had allowed him to write on any subject to any length. ‘And how nice to be amongst those glorious blondes you opened out from the centrefold, breast upon breast, buttock upon buttock.’

He said that if he were just starting out he would certainly be writing for television. I reminded him that in Brave New World, published in 1932, he’d predicted a BBC-type national television service reaching into every home. There was only one thing he got slightly wrong. What was that? He’d sited the studios in the western suburbs of London, but in Brentford rather than White City, where they were being built. Ah.

What about George Orwell’s Nineteen Eighty-Four – was that coming true? Huxley thought not. Orwell wrote it in the late 1940s, when the truth about Stalin’s Russia was still emerging. Since then, more subtle methods of control had been developed, such as the use of drugs. And the Cold War? The threat of the Bomb? Bertrand Russell had recently given the human race a 50/50 chance of survival. What did he give it? Huxley put his hand on top of his head. ‘The head might lead us towards destruction but something down here,’ – the hand dropped to his midriff – ‘the solar plexus, perhaps, should hold us back. Isn’t there an instinct for self-preservation? But I admit that it’s alarming that the button is in the hands of twenty or so people. They are not supermen, either. They may even be sub-men.’

Meanwhile, there was a threat to the world that no one seemed to have noticed – its fast-increasing population. That led to migration, as people uprooted themselves in search of food and work, and this stirred up racial prejudice. In California it was targeted at Mexicans, but he’d noticed it most strikingly in Italy as southerners moved north to get jobs in the factories of Turin and Modena. I can’t recall anyone raising this matter until Arthur C Clarke started to talk about the over-laden space-ship that was Earth. Only in the late Eighties, when the world’s population officially reached five billion, did it make news.

Huxley died in 1963 on the same day Kennedy was assassinated. I wonder if they compared notes as they waited in Limbo?

Watch out for prostate cancer! By Graham Sharpe