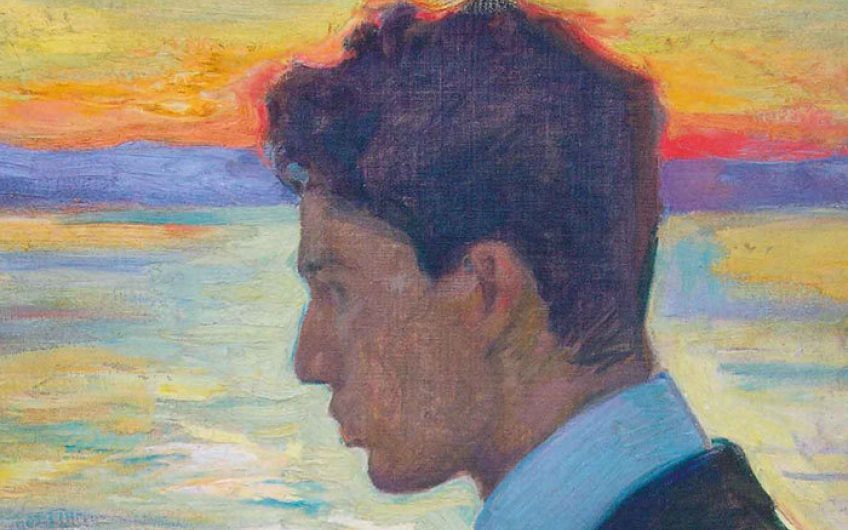 When I was a child in Oxford during the Second World War, with a Russian mother and no father around, at home our family spoke Russian. We were always being reminded that we were different: apparently there was something important and splendid about our Russian side.

My Russian grandfather, Leonid Pasternak, who lived his last years with us, had been a famous artist in Russia, and out in that mysterious country on the edge of the world were uncles and aunts who knew about us, though we could never communicate because of the war. One of them, said my mother, was her brother Boris, my uncle Borya, a famous poet.

At the end of the war, there came a long letter from these Russians, smuggled out of Moscow by Isaiah Berlin, a family friend. A letter from ‘out there’ – it could almost have been from outer space. Uncle Borya wrote that he was planning to write a book – ‘to relate the main events, particularly in our country, in prose that will be far simpler and more open than I have used so far’.

His next letter came three years later, again smuggled out in the teeth of Stalin’s post-war terror. My sister and I had written to him, in our uncertain

Russian, some time before, and now, as well as sending more news about his novel, he wrote, ‘What wonderful letters Nicky and Rosochka wrote me!’ Sadly, that was my only personal contact with my uncle Boris Pasternak (1890-1960). No more letters came for eight years. Corresponding across the Iron Curtain, or even having relatives abroad, had become mortally dangerous for Soviet citizens, and we all had to keep our anxieties to ourselves.

That lasted till Khrushchev’s ‘Thaw’ in 1956, when the worst of the danger lifted. Another letter from Boris arrived in Oxford: ‘I can’t believe my eyes as I write down your names… It’s a festival day for me to write to you again…’ And a friend returned from an official visit to Moscow having smuggled out the complete Doctor Zhivago (first published in Italian, in 1957).

I was 18 and just leaving school, about to start my National Service on the Navy Russian course. I started reading the precious typescript (such a faint carbon copy that it was barely legible) during my weekend leaves, but it soon disappeared – it was needed by the English translator.

Boris went on exchanging letters with his sisters in Oxford – a correspondence at fever pitch, full of tenderness and a yearning to meet, and with long discussions of the novel and its fortunes in the West. Because of the censorship, those letters were coded – they spoke of the travels of a doctor called Yuri, and his meetings with Kolya and Galya (meaning the publishers Collins and Gallimard). Later, my mother wrote about her excitement at ‘the launch of the Soviet sputnik’ – meaning the novel – and how spectacularly it was orbiting the world.

Soon Boris was being viciously persecuted by the Soviet authorities, furious at his having won the Nobel Prize. In a way it was a more anxious time even than the 1940s, because the venom was now directed at him in person. His sisters, distraught, could do nothing.

I longed to meet this wonderful man, and in 1959, while reading Russian at Oxford, I had my chance. The British Council had organised the first post-war British-Soviet student exchange, and I won a place to spend a year at Leningrad University. On the day we were due to leave, we students gathered at Tilbury Docks to embark for Leningrad. Tickets and visas were handed out. Alas, no visa for me. All the Pasternaks were in disgrace, and I was not to be allowed to meet him.

I had to follow the end of the tragedy from my Oxford college. Under his government’s relentless onslaught, Boris’s health failed and he died the following spring. My mother, who hadn’t seen him for 40 years, was granted a visa to visit him two days after his funeral.

In 1965, the novel was turned into a film, with Omar Sharif as Zhivago and Julie Christie as Lara. My mother was invited to the London première, and asked me to accompany her. I remember being moved by the film, though uncomfortably aware that a very long and complex narrative had been drastically concentrated down.

As well as telling the story of Zhivago, his family and friends, and Lara, the novel is a vivid historical epic full of searing insights into the excitement, tragedy and horrors of life during the Revolution and Civil War. The film is first and foremost a romantic love story.

After the performance, my mother and I attended the reception, where Carlo Ponti, the producer, anxiously asked her what she thought of the film.

‘Well,’ she replied in considered tones, ‘it wasn’t as awful as I expected.’

I remember not concentrating on their conversation, as Sophia Loren (Ponti’s wife) was talking to me; she occupied my full attention, especially when she gave me a friendly kiss as we departed. But it was a memorable film, and has helped to keep Pasternak’s name alive in the Western world.

Over half a century later, full of memories of the past, I have gone back to Doctor Zhivago. Translating the novel has been a strange and moving experience, bringing me into closer and more intimate contact with Boris than any mere reading could do.

There have been two previous English translations. The first (the faint carbon copy I saw), hurried out in 1957 at the height of the Zhivago scandal, is a brisk, workmanlike version, written in prosaic language which largely overlooks the lyrical beauty of the Russian.

The second, published in the USA in 2010, is an almost word-for-word translation, seemingly more concerned with unearthing precise lexical equivalents for difficult Russian expressions (such as ‘calmative’, ‘measuredness’ and ‘laconism’) than with aiming for good English. Now my own translation is to be published by the Folio Society, with copious illustrations by Boris Pasternak’s father, Leonid, that same Russian Impressionist artist whom I remember from my childhood.

It’s going to be a beautiful edition and, I hope, worthy of the original.

Dr Zhivago by Boris Pasternak, translated by Nicolas Pasternak Slater, is published by the Folio Society on 7th November