The Revival of Belfast – Jenny McCartney 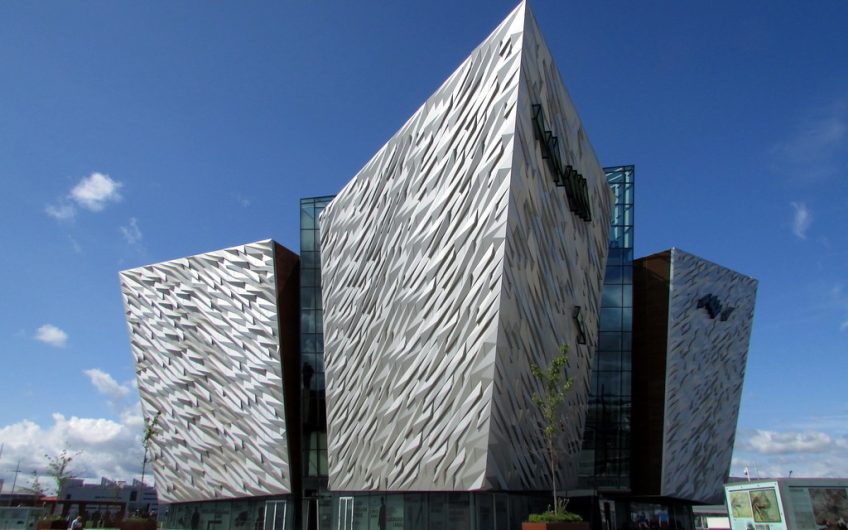 "Titanic Belfast" by Reading Tom is licensed under CC BY 2.0
View Full Size
1
of 1

As Kenneth Branagh's film Belfast comes out, the city is thriving, says Jenny McCartney, who grew up there

Belfast, or things related to it, has been back in the news with a vengeance lately. Some headlines originate in politics: the Protocol and the endless wrangling over Brexit.

Some arise from culture, such as the Booker winner, Milkman, from the first Belfast-born author to win the prize, Anna Burns. The good news for visitors, however, is the widespread absence of another B-word: bombs.

When I was at school in Belfast in the 1970s and 1980s, parts of the city fell under a designated zone in which illegitimately parked cars or suspicious- looking holdalls could be subjected to a ‘controlled explosion’ by the army.

An apocryphal story was of two French tourists, innocently thrilled to find an abundance of parking spaces in the city centre, who went off sightseeing, only to return to the charred, smoking ruin of their little Renault.

Few such concerns await the visitor today. There is parking aplenty, a glut of shopping opportunities and – where once coffee signalled a tepid cup of watery instant – flat whites are now widely available (especially good ones can be found in the Nordic-style Kaffe O, which has three Belfast outlets). There are Michelin-starred restaurants, such as Deanes EIPIC in Howard Street and OX in Oxford Street.

When I go home now, I usually bring my children and stay with my parents, where I dine upon home-made stews, roasts, the heart-stopping Ulster Fry and the great variety of breads that Northern Ireland specialises in: Veda loaf, potato bread, soda farls, wheaten bread or the sturdy traditional batch often known simply as ‘big loaf’.

Recently I went to Hadskis, which serves ‘modern European’ fare in a 1760s iron foundry in the Cathedral Quarter, and I was happy that I did. I have a theory that you can tell how much a restaurant cares by the quality of the side salad, and its was full of fresh, herby leaves and a sharply tasty little dressing.

I can’t remember herby leaves being much on my mind when I was growing up. Investors were understandably cagey about opening restaurants in Belfast, and it was a red-letter day in the late 1970s when my granny treated me to a knickerbocker glory in the now-vanished Wimpy burger bar.

My new novel, The Ghost Factory, is narrated in the voice of a young man, Jacky, who is living precariously in the Belfast of the mid-1990s, a period when I had left the city but was returning sporadically to report on events for the Sunday Telegraph in London.

The paramilitary ceasefires on both sides were finally giving people a rest from decades of sectarian violence. But the ‘hard men’ were instead directing their brutality to those in their ‘own’ working-class areas away from the usual tourist trail – and still do.

In 1990s Belfast, there were still smoke-filled pubs, and army Land Rovers visible on the streets. For those who were interested in the snarled history of the conflict, bespoke ‘Troubles Tours’ of murals and sectarian flashpoints with a chatty black-taxi driver were just starting up. They are an established draw today, and various ‘walking tours’ are also available, including one called ‘A History of Terror’ from DC Tours.

When you leave the city in which you were born, its image becomes fixed in the memory at the point of leaving. Away from you, however, the city keeps on changing in ways you cannot keep track of. Streets are demolished or renamed, dingy areas grow fashionable, old eateries go bust and new ones open.

Yet many of my favourite haunts are still thriving, in particular the Ulster Museum, set in the leafy Botanic Gardens near Queen’s University. It’s an extraordinary museum of manageable size. Its highlights include the display of intricate gold treasure from the Spanish Armada ship, the Girona, that sank off the coast of Ireland in 1588; and the Egyptian mummy Takabuti, a wealthy young woman from Thebes in the 7th century BC whose desiccated form has been an object of fascination for generations of Belfast schoolchildren.

Since 2012, a powerful rival attraction has been the Titanic museum at the entrance to Belfast Lough. The permanent exhibition celebrates the industrial ingenuity of Belfast’s shipbuilding history in the early 20th century while also giving a comprehensive and sensitive account of the disaster. Inside, there is a surprisingly thrilling cable-car ‘shipyard ride’ and a mock-up of the Titanic’s first-, second- and third-class cabins.

A short walk away from the museum is the restored SS Nomadic, the last remaining White Star Line ship in the world, and one that transferred passengers and mail to the Titanic. As you climb aboard, it is eerily possible to imagine passengers such as the New York financier John Jacob Astor IV and his new, pregnant wife, Madeleine, stepping on to this same little ship at Cherbourg, on their way to join the Titanic for its much-publicised maiden voyage. Only Madeleine survived.

I can also recommend the Ulster Folk and Transport Museum near Cultra station, a short drive or train trip from Belfast city centre. Both museums are excellent, but it was the Folk Museum that, for me as a child, held the strongest appeal. Here you can walk up hedgerowed lanes to lovingly reconstructed dwellings – including a rectory and a weaver’s cottage – in which wardens stoke peat fires and tell the building’s story. There is a particular kind of intimate magic to entering houses arranged just as they would have been 100 or 200 years ago: going up narrow, creaky stairs to small, dark bedrooms with rock-hard beds, inhaling history along with the odour of smoke and damp.

For those who would rather inhale their history close to a keg of Guinness, the best place is the spectacular Crown Liquor Saloon, in Great Victoria Street. It is both a working pub and a National Trust landmark, a richly ornamented Victorian warren of stained glass and wood-panelled ‘snugs’.

Next door is Robinsons Bar, opened in 1895, and equally heavy on atmosphere although slightly more dour in appearance. The two pubs sit opposite the rather luxurious Europa Hotel, which – targeted 33 times by the IRA – long held the distinction of being the most bombed hotel in Europe, until that dubious crown was stolen by the Holiday Inn in Sarajevo.

In the Kelly’s Cellars pub in the city centre, just off the main shopping street of Royal Avenue, questions of state have rarely been far from the conversation since it was established in 1720: this is where Henry Joy McCracken and the United Irishmen met regularly to plot their 1798 rebellion.

A few final suggestions. For comedy and music: the Belfast Empire in Botanic Avenue. In the same street, for books, especially crime and mystery: the independent bookshop No Alibis. And for music, cabaret and literature events: the Black Box in the Cathedral Quarter.

Certain cities, like certain people, get their hooks into you. And Belfast – along with its former tendency to chaos – has an unusual charisma, a persistent crackle of excitement and warmth.

As Philip Larkin recalled of Belfast, where he lived for five years, ‘The salt rebuff of speech/Insisting so on difference, made me welcome.’

Go soon, if you haven’t yet been: it’s a good time for a visitor to catch the best of it.

The Ghost Factory by Jenny McCartney is out now (Fourth Estate)