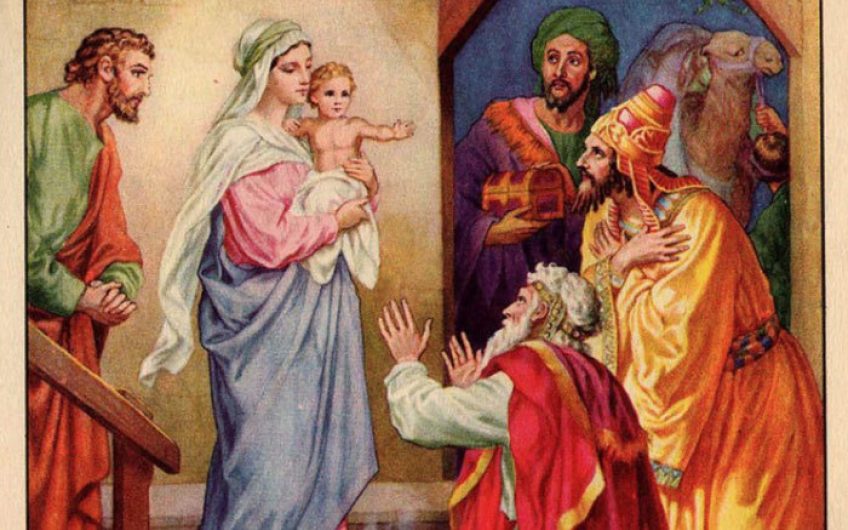 Take from my three score years and ten a half century and – as A E Housman might have put it – that only leaves twenty more New Year's Eves.

I do not want to fritter my last remaining evenings in December in the nether regions of West End ‘eateries’, fending off bores with champagne breath, spraying me with flecks of fishy canapé, while asking me what I think about ‘Pestminster’.

There’s something borderline fascist about the festive season: the invitations for Advent that arrive in August, jingle tills in September, Winter Wonderland in Hyde Park halfway through November…

It all puts me in a bad mood, as the secret to most enjoyment is spontaneity. Carol services and nativity plays are a lovely, enduring tradition but New Year's parties are the essence of a regulation revel that comes earlier every year. All the forced jollity from Christmas fascists – you know, the sort who make you wear paper hats and dangle mistletoe – are the enemies of fun.

Here are my Pippa-style anti-tips on how to survive the New Year's party:

Arrivals Unlike book launches, New Year's parties don’t have a sweet spot to hit which is just before (or just after, depending on the author) speeches. Peak time is between 7.15pm and 8pm for an early-evening drinkies. If you’re the life-and-soul type, you will want to know that C Northcote Parkinson (as in Parkinson’s law) has identified the throbbing epicentre of a gathering will always be slightly to the right of the centre of the room, so head there.

Bores If you see one bearing down, hide your drink, so you greet them empty-handed. Maintain eye contact, and then gasp, ‘Gosh, I must get a drink! Can I get you one?’ and fade away. Giles Wood, of this parish, always makes a beeline for bores as he is too lazy to make sparkling conversation with noted wits. ‘I’m very lazy and uncompetitive,’ he admits, ‘and I enjoy rehashing clichés with legendary dullards, pretending I’m in a Mike Leigh play.’

Circulating A good trick is to stand right by the entrance. Guests will be so anxious to penetrate the throng themselves that you can process them efficiently in transit. Gogglebox’s Mary Killen (the Spectator’s agony aunt) has a tip for ‘working off’ auld acquaintances: stand on the pavement outside – which is what she did for many years for the annual Spectator summer party (maybe not so amenable in December.)

Dress I disdain the custom that women have to suddenly abandon their funereal black onesies (my favourite outfit) or LBDs for sweeping velvet dresses in jewel tones, sequins, and sparkly tops. I refuse. I don’t have a ‘New Year's Party Dress’. I will never have one, and nor should you.

Drinks I am a terrible champagne snob. I mind terribly if champagne is anything but ice-cold. Cava or prosecco don’t even count as ‘bubbly’. Mulled wine is the devil’s work. Eggnog is obviously out of the question in England. I boringly stick to white or red wine if I’m pacing myself, to no ill effects.

Exit The problem with New Year's parties is not just the getting ready, the getting there, then having to be in a hot, loud, crowded room, with people asking you what you didfor Christmas; it’s getting the hell out again. I never check in my coat and bag, and sometimes don’t even remove my outer garments, so I am already poised for flight.

Gossip Parties are essentially a Gossip Exchange, where information is traded. But never ask outright, ‘What’s the gossip?’ or say to a journalist, ‘Now you won’t put this in a newspaper, will you?’ It’s a cast-iron rule that only ocean-going crashers, who have never uttered anything interesting in their lives, say this. Start with ‘Have you heard…’ and drop a delectable titbit. There is nothing people love more than gossip and no greater pleasure than feeling in the know. Wait for return confidences to flow.

Invitations I try to go to parties I’ve accepted – or at least do a ‘drive by’. But at New Year's, as in July, there can be several gold-platers on the same night. Just as I would encourage chaps to try to be ‘one-woman men’, I advise social butterflies to be ‘one-party women’. Commit, people!

Tinsel and other seasonal decorations. If you must, but baubles in reds and golds and glass, please.

I hope no hostesses will read this and think me an ungrateful guest. The truth is, as anyone who knows me will confirm, I can’t resist a party – however grim – and am always thrilled to be asked.

And I almost always turn up – so let that be a warning to you all.