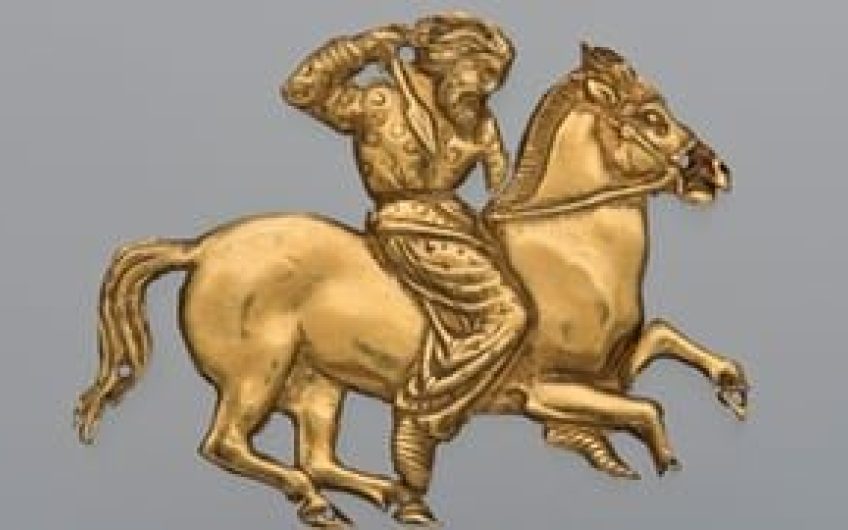 What a revelation it is! From 900-200 BC, this nomadic tribe ranged over the south Russian steppe. At its height, they spread from northern China to the Black Sea - where this lovely fourth century BC plaque (pictured) was discovered. They controlled a vast area - Siberia, where they originated, constitutes a tenth of the earth's surface.

The British Museum show is crammed with sophisticated gold objects like this - as well as astonishingly well-preserved, everyday items, like trousers, saddles and boots, kept as new by the Siberian permafrost.

And yet the Scythians are largely forgotten. Most of what we know about them comes courtesy of Herodotus, the fifth century BC, Greek historian. They wrote no surviving literature - always the crucial key to unlocking an ancient civilisation.

In the early days of the Scythians, in the seventh century BC, their craftsmanship is as good as the Greeks. By the time of this gold plaque - beautiful as it is - they had fallen behind. When this pretty thing was made in the fourth century BC, the Elgin Marbles had been on the Parthenon for around a century.

If you want to progress, it seems, you must give up your nomadic ways, settle down and start writing.