The Stonewall riots gave power to the unloved 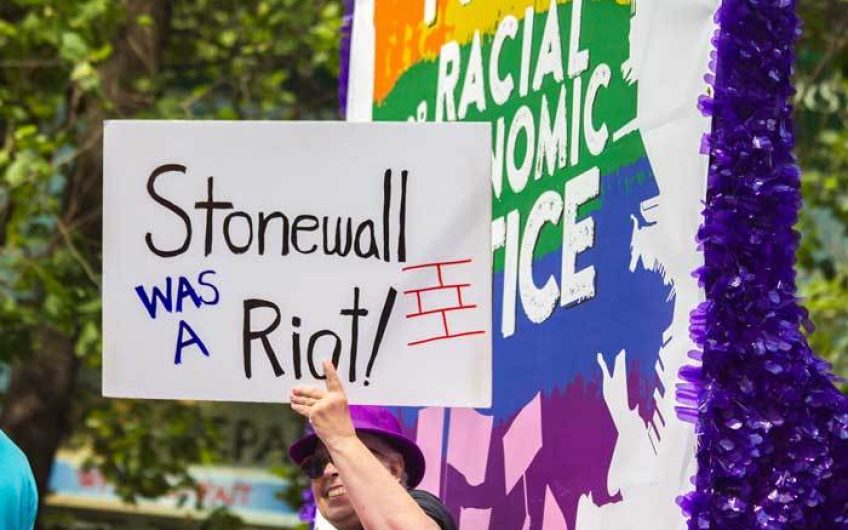 "Stonewall was a riot" by quinn.anya is licensed under CC BY-SA 2.0
View Full Size
1
of 1

On December 1, 1955, in Montgomery, Alabama, a tiny event took place that would become a landmark in the history of the Civil Rights Movement in America.

At that time, the city’s buses had segregated seating arrangements- white passengers were allocated the front seats, while black people were ordered to occupy the few seats at the back. On this otherwise ordinary working day, a black woman named Rosa Parks refused to give up her seat to a white passenger, despite the efforts of the bus’s driver to make her surrender it. He reminded her that she was breaking the law. She remained seated. When she died in October 2005, she was hailed as a national hero.

Another seemingly trivial drama was enacted in New York City in June 1969, when police raided a sleazy joint called the Stonewall Inn on Christopher Street in Greenwich Village in the early hours of June 28. The Stonewall was owned by a Mafia family who paid the police force large sums of money – collected on a weekly basis – so that they could sell alcohol on the premises without a liquor licence. The main attraction at the Stonewall was its dance floor, where gay men and women could strut their stuff without fear of being arrested. It’s strange to think now that this seedy establishment was the only openly gay club in one of the world’s most sophisticated and in many ways tolerant cities. But such was the case in the summer of 1969.

When the police barged into the Stonewall at 1am on June 28, they had no idea that a regular raid would develop into a riot that would receive international attention within a matter of hours. On that particular night, the clientele was composed of drag queens, effeminate men and butch women as well as people who would pass as completely straight, prostitutes of both sexes and other marginalised and rejected human beings.

This wasn’t, in other words, a gathering of the high-minded and the respectable. They were creatures, and I use the term respectfully, who knew their rights, such as they were, and those rights were being subjected to the power of the truncheon and the pistol. They rebelled. They took to the streets. They set fire to garbage. They fought back. The poet Allen Ginsberg, who lived nearby, remarked on the beauty of the protesters: ‘They’ve lost that wounded look that fags had 10 years ago.’ It might be said, now, that the loss of that wounded look was the greatest achievement of the Stonewall riots of June 28 and 29, 1969.

History is not solely made by politicians and heads of state. The nameless have their stake in it, too. One observer of the riots commented on the fact that he had seen a number of burly cops being chased by a pack of drag queens through the streets of Manhattan, and that the sight of it and cheered him. ‘Ah, but the unloved have power,’ wrote W.H.Auden. ‘Time will bring their hour.’

The 50th anniversary of Stonewall will be celebrated throughout the civilised world this weekend. I hope that some of the rioters are still alive and they will raise a glass or two in honour of their unlikely but certain place in history.