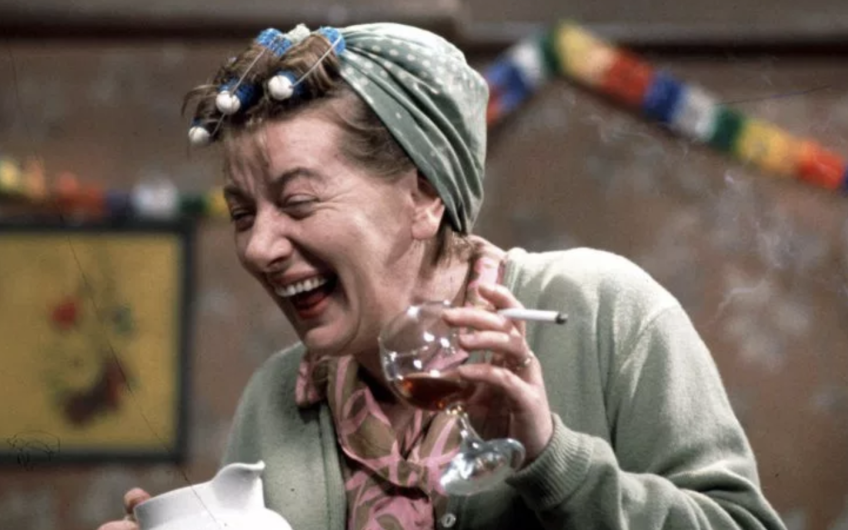 Coronation Street, the longest-running soap in the history of television, was first dismissed as being ‘old –fashioned’ in December 1960, after its opening episodes were shown. Some years later, that noted swinger Lord Rees-Mogg, in his capacity as a member of the BBC’s board of governors, declared that it was ‘out of touch with the times’.

One assumes he was living in a world where adultery, attempted murder and arson never took place, for these were three regular features of the series, and remain so to this day. I think the critics – with the notable exception of the incomparable Nancy Banks-Smith – who complained that Corrie was in some kind of time warp, misunderstood why novelists, playwrights, actors and actresses, as well as the vast general public, loved it so much.

In its great days, of which there were many, Corrie was a soap in which the characters took precedence over the shamelessly melodramatic, even Jacobean plots. Hilda Ogden’s attempts to adjust the ‘muriel’, consisting of three ducks in flight, on her sitting-room wall, were of much more interest than the eyeball-rolling villainy that was going on in the other houses.

Then there’s Audrey, the elegant hairdresser who has the misfortune to be the mother of the hapless Gail, who can’t look at a rotter or a serial killer without marrying him. Audrey is so posh that she pronounces the letter ‘y’ at the end of words as if it were an ‘a’, as in ‘That girl is her own worst enema’. I still smile when I think of her showing off her antique writing desk to Fred (‘I’ll say this’) the Butcher, with the throwaway line ‘And this is my escritoire’.

Was Corrie ever intended to be as grittily realistic, and as charmless, as EastEnders or Emmerdale? I like to think it wasn’t, for a time. Surely that impossible Lothario, Ken Barlow, the street’s solitary intellectual, is about as credible as Bertie Wooster. His is a fantasy world, in which he had to cope with an oversexed wife, Deirdre, and a daughter, Tracy, who has been convicted of arson and murder and seems game for more. His male issue are either crooks or drunks, or both.

The charm of the old Corrie was its chorus line of embittered widows and mothers-in-law – Deirdre’s limitlessly sarcastic mother, Blanche; the monumental Ena Sharples – ‘She took a sip of her drink, broke wind, and died’; and Annie Walker, the landlady of the Rovers Return, who made insults sound like compliments.

In recent months, Gritty Realism has asserted itself – or tried to. Pat Phelan, the latest serial killer to take residence in Weatherfield, went on a blood-spilling spree that grew tiresome to watch. What with him and the nutty, self-pitying vicar, and the bent cops, and trouble at the knicker factory… well, there are no laughs to be had any more. The acting is coarse now, which it never was when brilliant young talents such as Sarah Lancashire and Suranne Jones were walking the cobbles. Alas, I fear my love affair with Corrie is over.