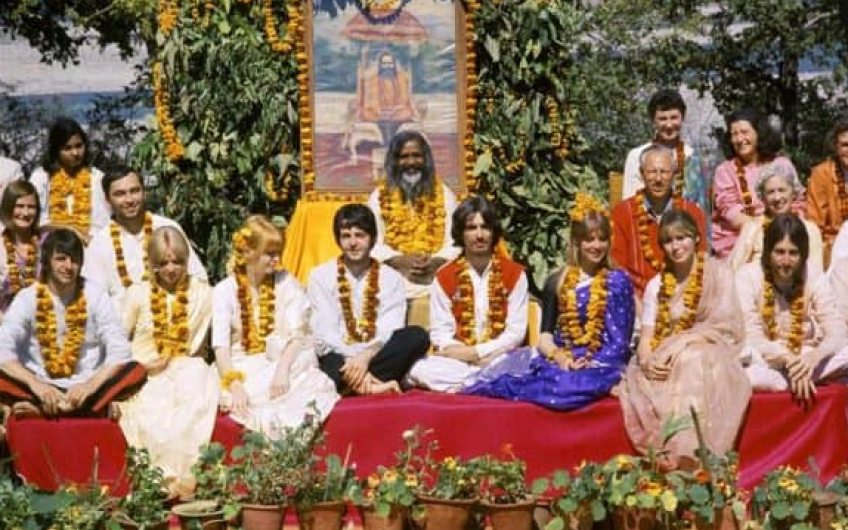 In the summer of 1967, the Summer of Love,  I was actually present when the Beatles met the Maharishi for the first time on 24 August.

It was just one of the events of that summer, whose fiftieth anniversary has prompted such an eruption of nostalgia.  Summer 2017 has been a long reprise of flowers in your hair, free love, acid trips and tinkling bells... starting with Sergeant Pepper in June,  followed by blanket media coverage and socio-historical studies, trawling through the San Francisco hippie scene and its aftermath.

Several of those writing about it were too young to have been in the thick of it. But many Oldie readers were there, and will recall quite a sunny summer, with jolly nice music and colourful clothes, when you could still park anywhere you liked.  There was definitely a long-ago feeling of optimism and zaniness.

I certainly remember that Thursday, August 24.  I had a summer job on the Evening Standard Londoner’s Diary, and was sent to the Hilton Hotel to a press conference by someone called  ‘Maharishi Mahesh Yogi’.  A tiny, straggle-haired, white-robed figure, cross-legged on a deer-skin rug, clutching a single red carnation.  He spoke of attaining inner repose and clear thinking via meditating for half an hour every morning; all followers had to forfeit just one week’s income.

'What scribble!' I thought. 'Why, since he renounced material possessions and led an ascetic life, had he chosen to speak in the Mammon-ridden Hilton?' I asked.  He beamed in his beatific way. ‘Well, it’s comfortable,’ he said.

That evening, I went back there, for his public meeting – and was astonished when, at the very last minute, John, Paul, George and Ringo, wearing civvies (no kaftans yet), scampered through a door with their WAGs Cynthia, Jane, Pattie and Maureen in tow, and sat right in front of me, in the front row.

The story I wrote next morning said the Beatles appeared ‘spellbound’.  Two days later, they followed the Maharishi to Bangor in North Wales - which is where they were when Brian Epstein committed suicide that weekend. And, by spring 1968, they were all at the Mararishi’s ashram in Rishikesh, in kurtas and bare feet.

When John realised their little guru was only interested in celebrity and fame, the Beatles left suddenly.  But the Maharishi did not repine. Soon after, he was in New York at the Plaza, setting out on tour with the Beach Boys.

But only George remained a loyal devotee.