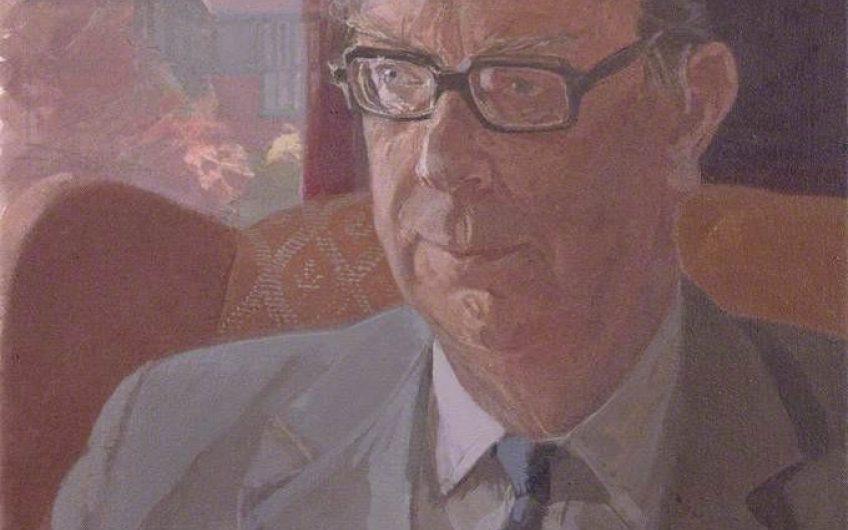 On World Poetry Day, AN Wilson remembers the clever don, Monica Jones, brought low by drink, racism and her melancholy relationship with the great poet. She is now the subject of a new biography

The look of astonishment, and hurt, on the young person’s face was unforgettable. We were at a lunch, forty years ago, given by Larkin’s publishers, Faber, to mark the first appearance of his collection of journalism, Required Writing. The great poet was at a nearby table.

“Philip had a nice write-up this week in the New Statesman”, said this innocent, to the formidable bespectacled lady on his right. “Did you see it?”

He was addressing his harmless remark to Larkin’s long-standing girlfriend Monica Jones, whose appearance, was, to say the least, striking. A wide-brimmed hat, the only headgear in the room, more suited to the consecration of a bishop in a provincial cathedral town, than to a bohemian London publishing-office, squashed up with caterers' tables and food. Her very full lips were glossy red. Thick specs made it difficult to make out the expression of her eyes. The rig was fancy dress, seemingly. Something between a pantomime dame and grande dame. Possibly even a man in drag. Mention of the New Statesman made Monica draw herself up and say, in slurred Lady Bracknell tones, “I don’t read sedition”.

The alcohol-aided grammar made the remark memorable to me. The ear wanted to supply, “seditious material”. But she just said, “I don’t read shhhedisshun”. Obituaries said her father had been an engineer from Llanelli, and perhaps there was something rather Welsh in her appearance, though she apparently lacked the quality observable in all other Welsh friends I’ve known – irony.

Larkin once quoted to me, with keen approval, William Faulkner’s remark when accused of being antisemitic. “It’s true, but, remember, I hate everyone else as well”.

The words might have been applicable to Faulkner, but about Monica Jones, they were the simple truth. She hated her pupils at Leicester University, where she taught English. Really loathed them. Would go on and on about how much she despised them. “You’ll never get a first, you are SECOND RATE”, she told one of them. “Even if you DID get a first, what use is a degree from LEICESTER?”

It was at Leicester, as a young don, that she met the poet, who had come to work as assistant librarian. “He looks like a snorer”, she remarked to a colleague, and she soon found out when she began to sleep with him. Like many religious people – and she was a faithful churchgoer, unlike Larkin, – she loved sex. (Needless to say, church infuriated her, because, rather than being Archdeacon Grantley and Septimus Harding, the clergy were all pinko blank blank blanks and the liturgy had been buggered).

She hated Leicester itself, of course, and most of all, hated the immigrants, for whom she used all the politically incorrect words you can imagine. One of the strangest heirlooms left to the world of literature must be the little home movie she and Larkin made, singing along to a racist diatribe he had composed to fit the tune of Lilli-bolero. Why did they want to preserve it? Two fingers to a priggish posterity?

Above all, she hated herself, and however much gin she swallowed, she could not die. In the lonely fifteen years which followed her lover’s death, she lasted and lasted.

“Monica”, I said to her once, when she had rung up with one of her woebegone monologues. “Do you know what time it is?”

“Three in the MORNING!”

Although she destroyed Larkin’s diaries, which might have been fascinating, she preserved the thousands of letters she had written to him. Some of them are tender expressions of love, but the great majority, I gather, are diatribes – fury at him for not committing, hatred of his other women, hatred of him for causing her heartbreak, followed by nagging – don’t forget to water the house-plants.

Towards the end of his life, she moved in to his house in Hull, and he was touchingly pleased. He had been so lonely. Unlike the other girlfriends, Monica was highly intelligent, and widely read, and they had in common a serious devotion to Oxford. Perhaps Oxford is the one exception to the list of things she hated. Larkin shared it. Both felt in exile in their perfectly good universities, while being embarrassed by the sloppy devotion to their Alma Mater which they (rightly) recognized was very “un-Oxford”. Meditating on the celebrated “home of lost causes…. City of dreaming spires” passage, they liked saying to one another – “Who is the most Cambridgey English poet?” The answer, which they said in chorus, was “Matthew Fucking Arnold”.

Poor Monica. She can’t have started out as a monster, when she was an undergraduate at St Hugh’s during the Second World War. If she had fallen in love with someone capable of giving her some love back?

His letters to her, a selection of which was edited and published not so long ago, contain really interesting and well-turned reflections on his reading. In my new book, available in all good shops, I quote his take on Dickens.

'Better the Dickens you know than the Dickens you don’t know – on the whole I enjoyed [Great Expectations]. But I should like to say something about this ‘irrepressible vitality’, this ‘throwing a handful of characters on the fire when it burns low’, in fact the whole Dickens method – it strikes me as being less ebullient, creative, vital, than hectic, nervy, panic-stricken. If he were a person I should say ‘you don’t have to entertain me, you know. I’m quite happy sitting here’. This jerking of your attention, with queer names, queer characters, aggressive rhythms, piling on adjectives – seems to me to betray basic insecurity in his relation with the reader. How serenely Trollope, for instance, compares. I say in all seriousness that, say what you like about Dickens as an entertainer, he cannot be considered a real writer at all; not a real novelist. His is the garish, gaslit, melodramatic barn (writing that phrase makes me wonder if I’m right!) where the yokels gape: outside is the calm, measureless world, where the characters of Eliot, Trollope, Austen, Hardy (most of them) and Lawrence (some of them) have their being. However, I much enjoyed G. E. & may try another soon.

John Sutherland has now written Monica’s biography. Eloise to Abelard it is NOT.

How the British made the Alps - Rachel Johnson