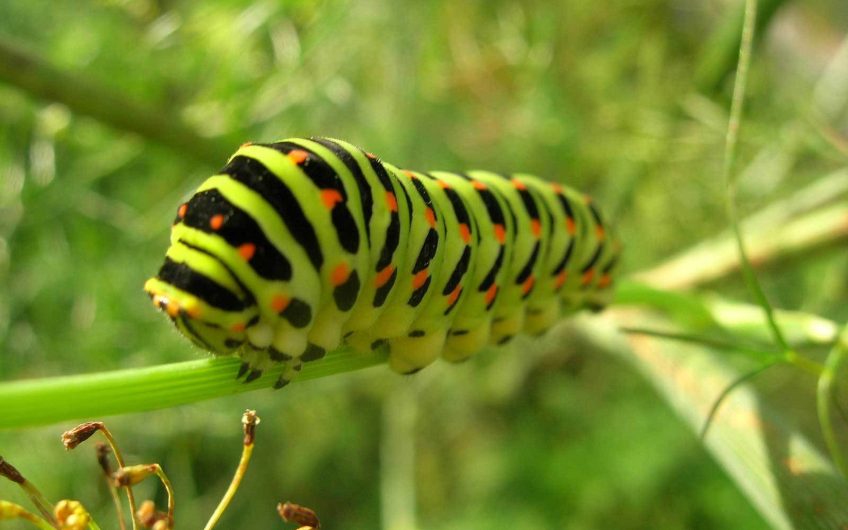 Eric Carle, author of The Very Hungry Caterpillar, has died at 91. Valerie Grove met him and discovered the brilliant idea that has led to the 'toy/book' selling 146 million copies

Any child will answer: The Very Hungry Caterpillar.

He arrived in 1969; the second book by Eric Carle, who has sadly died at 91. Three or four generations of children – 146 million so far in 60 languages – have the story by heart and don’t mind how many times they hear it.

When I met him in 1984, the gentle and genial, bearded Carle was already able to live comfortably on the royalties from the caterpillar alone. But he has carried on ever since, in his house in the New England pinewoods, producing tales of Very Busy Spiders, Bad Tempered Ladybirds etc.

‘I love all small, insignificant creatures,’ he told me. ‘Beetles, mice, bees. When I went out walking with my father I was always lifting up rocks to see who was underneath. I was never interested in the highest mountain or the deepest depths. I can still watch ants for hours.’

But he couldn’t really fathom the caterpillar’s instant global success. Later, he said he thought it was because it introduced to children the idea that they could become something different. A caterpillar can become a beautiful butterfly.

But I think it’s because children love following the caterpillar’s omnivorous progress, making a hole in the book. It's a game. Carle pioneered the book as plaything (though the Victorians had dabbled a bit in three-dimensional books). He felt so sorry for children, whisked from the security of home into the strangeness of primary school: from toys to books.

‘The Caterpillar is half-toy, half-book. A book you can play with, a toy you can read.’

The idea was much copied: fold-back flaps and cut-outs, pop-ups and peep-throughs and other paper-engineering feats have now become commonplace.

Carle was born in America but when he was six his parents were persuaded by his grandmother to return to their German homeland. ‘Think of the shock for me. I had just started at a bright, sunny, open American school – like the one Charlie Brown and his friends go to. The teachers were creative and fun. And suddenly I was in a German school in Hitler’s Germany, 1935. My parents regretted it from the moment they arrived and I longed to get back to America.’

He was 22 when he returned, and first worked in advertising. He asked a literary agent, ‘Is it possible to make money from children’s books?’ and she told him, ‘You will.’

He told me his own favourite among his books was the one about a lonely little mouse called Do You Want To Be My Friend? There were only eight words in it. The eighth was ‘Yes’, from another little mouse. It reflected his sympathy for all children who desperately want a friend above all things.

‘When I go into a class of four-year-olds I ask them, “Who has a friend?” and their faces light up, and their hands shoot up.’