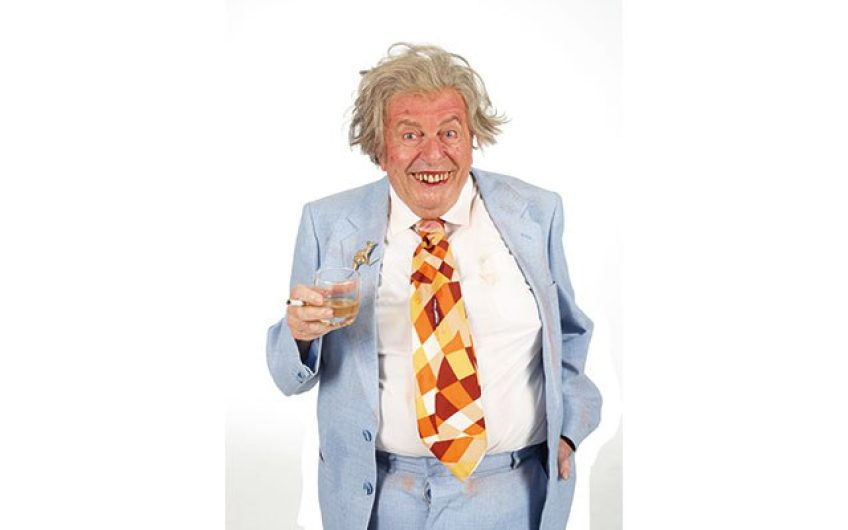 Sir Les: legend in his own lunchtime
View Full Size
1
of 1

Les Patterson’s the name and culture is the game.

I’ve been knocking around the traps of international diplomacy, vis-à-vis Australia, for yonks but, to be honest with you, this is the first time a publication has let you have a close look at my column.

A lot of female editors have wanted to handle it, but it took Harry Mount of the provocatively titled Old Fella to persuade me to whip it into shape for a mature and broad-minded readership.

Owing to my experience in the world of hard knocks in particular respect of the Yartz, I can give you an overview of pretty much everything. Being a legend is a big responsibility, and most of you will be lucky enough to dodge it.

When I was born in the maternity ward of the Little Sisters of Perpetual Chastity, Sydney, Australia, the nurse presented me to my wonderful mother.

She was lying in bed in the antenatal ward, quietly smoking and perusing the Woman’s Weekly.

Boy, did she hit the nail on the head!

Mother Nature in her wisdom has fashioned me with such generosity that these days I can commit intimacy in a standing position with a broad-minded air hostess or research assistant and still stay socially distant. Well, up to a point. Are you with me?

The odd prude reading this composition could already be worried that I might drop the occasional double innuendo, but do you think the editor of a responsible publication like The Old Fella would pay top whack to a smut-peddler? No way, Jose.

In Australia, for my sins, I’m iconic. Journos across the spectrum agree that I am Australia’s answer to Stephen Fry, David Attenborough and Sir Trevor McDonald.

But I stay out of politics and you might be surprised to learn I’m a stickler for political correctness. A slip of the tongue can cause heartache – so I keep a firm rein on the old oral appendage unless the situation demands that I relax the rules. Are you with me?

For my sins, I am openly heterosexual and I don’t care who knows it. But some of my best friends and colleagues bat for the other team, or don’t like it plain and simple, and I turn a blind eye.

A few stick-in-the-mud Old Fella readers have accused me of sexism. I’m a straight-talking International Diplomat and trouble-shooter with strong opinions – but I have been demonised.

A few critics have even painted me as homophobic and even – wait for this – lezzophobic!

I bid them, if they will, look at my tomboy daughter Karen and her even-more-of-a-tomboy flatmate Renata ‘Bruno’ Miloscovič. I’m not suggesting these two lasses are card-carrying sausage-dodgers, but a few grub journos and misogynists have cast aspersions.

However, I yield to none in my abhorrence of sexual prejudice. As for some courageous folk who claim that they were born in the body of the wrong sex, Les Patterson has this to say: ‘I’ve been there, guys. I know. I need to get into the body of the opposite sex on a regular basis.’

And, thanks to this bloody COVID, there’s a good supply of air hosties or in-flight non-binary hospitality executives at a loose end who will happily say, ‘Be my guest, Les,’ if and when I’m in the mood for a bit of harmless transitioning. No worries!

I gave the party in question as a part of my historic initiative to increase the morale of the beleaguered airline industry.

With my hand on the Bible, I swear I’ve never caught anything from a hostie worse than a dose of Pediculosis pubis.

It’s been a funny experience for me, staying at home for months on end. I’m such an international traveller at the expense of my old mate the Australian Taxpayer that it seems unnatural to be using the same toilet 24/7.

Lady Gwen Patterson and my good self have found a new intimacy watching the box every night on a beanbag together and, as an official diversity watchdog, I’m always on the lookout for any hint of discrimination in the media.

In closing, I want to say sorry if I’ve trodden on a few corns, but that’s my job. I’m the kiddie in the Bible story who points to the King and tells everybody, ‘Look! He’s starkers!’

That nipper was about as popular as a turd in a swimming pool, but he told it like it was, the poor little bastard.

I’d better shut up now, readers. The PC is wearing off! Keep well and get lucky.

With love from Les.