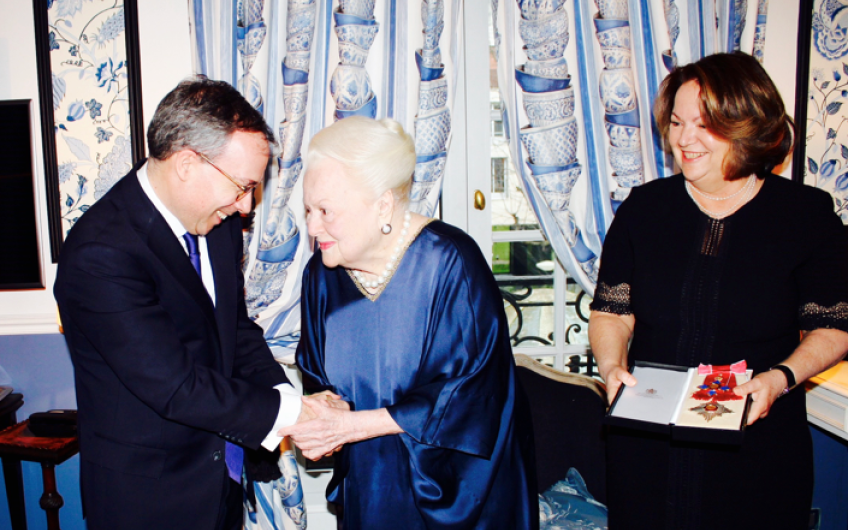 Many congratulations to Dame Olivia de Havilland, who has just received her damehood from the British Ambassador to France, Ed Llewellyn (pictured), David Cameron's Chief of Staff when he was Prime Minister.

Dame Olivia, our Oldie of the Year in 2016, is an evergreen 101 years old. She wrote to her friend and Oldie TV critic, Roger Lewis, to say, 'A perfectly darling Ambassador to France, Lord Llewellyn, called on me to make the presentation. I am very, very proud of the distinction thus conferred upon me.'

In a way, it was all thanks to The Oldie. Roger Lewis writes, 'It was because The Oldie had tracked her down and made her Oldie of the Year that she at long last came to the notice of the Honours Committee.'

80 years ago, Dame Olivia was starring in The Adventures of Robin Hood with Errol Flynn. A year later, she starred in Gone with the Wind. What a Dame!

How to Enter the 2021 Jeremy Lewis Prize