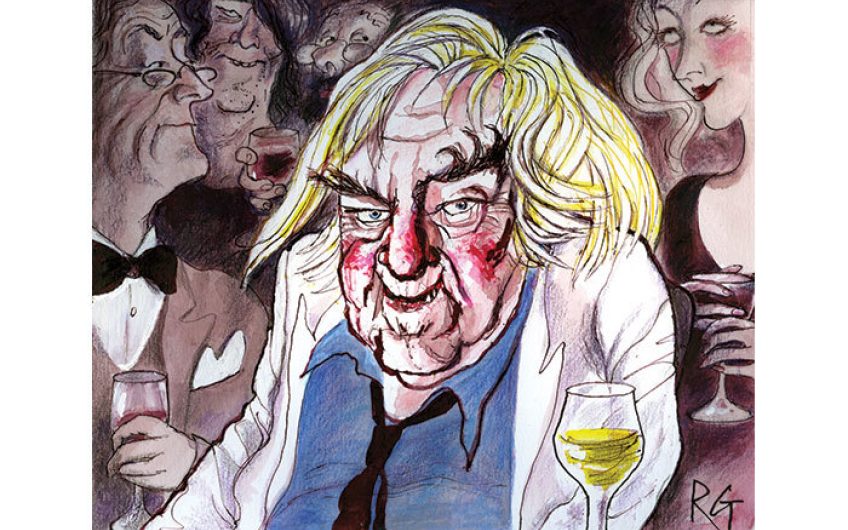 I left my local College of Commerce at the age of fifteen with shorthand and typewriting ‘skills’, as they would nowadays be called, hoping to become a newspaper reporter. Since this was out of the question until I was a little older, I became an undertaker’s clerk instead.

My careers teacher thought it an eccentric choice but I knew what I was doing. I should have access to a typewriter, which would enable me to pursue my journalistic ambitions in my lunch hour. The only other job on offer was at Lloyd’s Bank and I could not see myself composing submissions for John O’ London’s Weekly and Britannia & Eve on an adding machine.

It was a small, family-run business – one of those old-fashioned offices where the partners are known as Mr Percy, Mr William and so on – called J T Buckton & Sons, motto: We Never Sleep. Why, unless they had a contract with a latterday Burke and Hare, a firm of ‘funeral furnishers’ (as they preferred to call themselves) should feel the need to stay up all night was never explained to me. What it boiled down to was that the last clerk to leave each evening was supposed to switch the telephone through to Mr Percy’s house. The task was as often as not forgotten, and there were no midnight burials.

The office, run on pleasantly paternal lines, was absurdly overstaffed and my duties were light. One of them was to look after the postage book – very handy for a budding journalist sending out a constant flow of self-addressed envelopes to editors. Buckton’s had a rule that all correspondence within the Leeds postal district was to be delivered by hand, to save on stamps. This provided me with a pleasant daily amble around the city centre, with plenty of time for a coffee at the Gambit Café, where the tables were marked out as chessboards and elderly clerks wearing celluloid collars and paper cuffs played their tournaments.

Another enjoyable task was to attend funerals, where I was required to stand in the church or crematorium porch with a notebook and take down the names of all the mourners and whoever or whatever they might be representing. This was for the benefit of the next of kin, but I always slipped a carbon copy to the Leeds Guardian, the local weekly, who paid ten shillings a column.

Otherwise, apart from a certain amount of larking about with shrouds in the basement stockroom, and the necessity to look suitably solemn whenever a bereaved party came in to discuss funeral arrangements with Mr Percy, our office routine was pretty much like that of any other small business. There would be the occasional crisis when we had two funerals on the go at once and there were not enough limousines to go round, and I would be sent galloping along to the cab rank to requisition three or four taxis; but that served only to remind us that in the midst of life we were on the edge of black comedy.

One day I was over at the mortuary on some errand or other when I encountered one of Mr Percy’s rivals cautioning his pall-bearers as they carried the coffin (or casket, as it is known in the trade) out to the hearse: 'Now don't forget that's the late Mr Parkin you’ve got in there – we don’t want a repetition of last week’s fiasco.’

It was all to come in useful.