Tom Bennett – architect of his own arrest 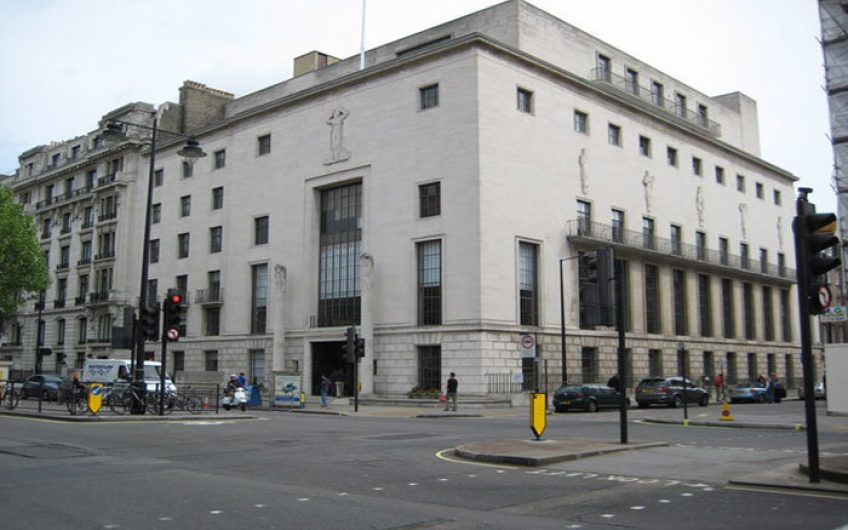 A young architect called Tom Bennett recently wrote a short piece in the Architects’ Journal expressing shock and almost outrage that he had been arrested at the so-called Extinction Rebellion demonstration that blocked Waterloo Bridge recently and hauled off to the local station, where he spent the night. He had, he said, politely refused several requests by the police to move on (as if politeness were in itself a complete defence against illegality). He justified himself by claiming that he had acted in the public interest because we have only 12 years to avert ecological catastrophe, the status quo being criminal.

As a Member of the Royal Institute of British Architects (pictured), he admitted that he was under an obligation not to bring the profession into disrepute, but felt that, by trying to save the planet by blocking Waterloo Bridge, he had not done so. Actually, it would be difficult to bring the British architectural profession into greater disrepute than that which it already enjoys, or suffers.

One curious feature of environmentalist activists is their apparent indifference to the visual or aesthetic aspects of the environment. It is as if, for them, rising levels of carbon dioxide are more immediately apprehended than such phenomena as ugliness, unnecessary noise and hideous visual displays everywhere, to say nothing of litter. They don’t seem to mind in the least if the appearance of an entire landscape is ruined once and for all by the erection of large numbers of giant bird-mincing windmills: what they see, presumably, is not the ruination, but the supposed lowering of carbon emissions. They see not with their eyes, but with their ideas.

The same is true of architects since at least the time of Le Corbusier. Unfortunately, the ideas that architects have are not very good and, indeed, are frequently not only bad, but nasty. You don’t have to read much Le Corbusier, or see many of his designs, to realise that his adherence to fascism was not an incidental aberration, but an expression of his innermost being. That he is still revered, indeed that he ever was revered, is one of the intellectual and moral scandals, and puzzles, of our time. The reverence in which he is held does architects the greatest discredit.

The Royal Institute of British Architects has complacently presided over, and promoted, the construction of many of the ugliest buildings in the whole history of the world, any one of which could lay aesthetic waste to an entire townscape. Let us not forget that the cladding of Grenfell Tower was intended to disguise a little the hideousness of the original building – thousands of similar buildings having been erected all over the country, very few towns of any size having escaped them altogether. The evangelists of modernism were nothing if not thorough in their depredations: but conscientiousness in pursuit of harm is not a virtue.

The young architect wore an apple green vest – a gilet vert – with the word REBEL prominently inscribed across it. Here was conformity posing as rebellion, as it so often does. If Tom Bennett had really been a rebel, he would have directed his protests not at the ‘criminal status quo’ in general, but at the Royal Institute of British Architects in particular.