Tony Hancock is back! 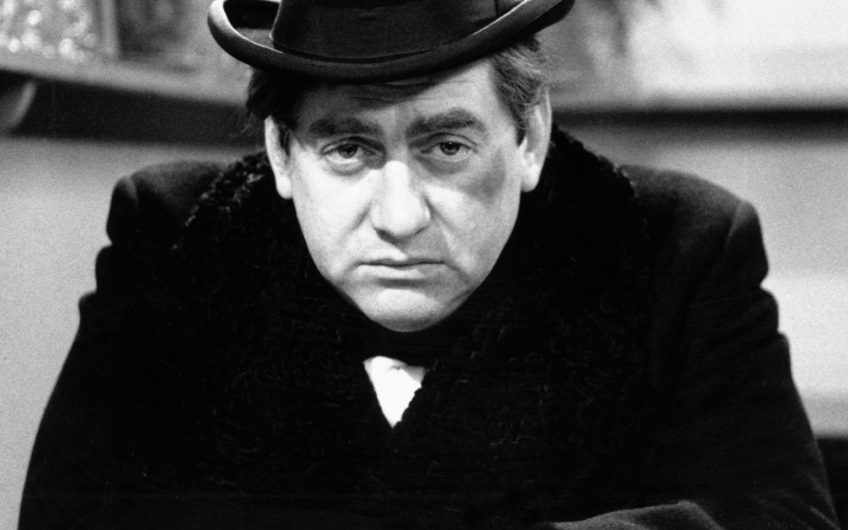 On September 23, Tony Hancock's film The Rebel will be shown at London's Prince Charles Cinema. Barry Cryer remembers Ray Galton and Alan Simpson, the geniuses behind Hancock's Half Hour

Tony Hancock died over fifty years ago in Bellevue Hill, a Sydney suburb. He was only 44. He’d had a glittering career that slowly and inexorably declined, as he discarded his fellow artists and writers. Thereafter, it was all downhill.

Towards the end, he went to Australia, to work on television. As we think we remember, he never came back – but he did.

Willie Rushton, who had an Australian wife, had met Tony down in Australia. When Tony died, his brother, Roger Hancock, who was my agent, asked Willie to bring Tony’s ashes back. Willie was walking through the Nothing to Declare channel at Heathrow. The customs officers all knew him and, almost as a joke, one of them said, ‘Mr Rushton, what have you got in that bag?’

As a result, Willie used to say, ‘Oh no, he did come back. I brought him back!’

Eric Idle and I had been approached to write a series for him on his return from Australia – one of the great if-onlys.

What was going on in Tony’s head? He was such a difficult character to nail down, but I have some reminiscences that might give an idea.

Earlier in the Sixties, I was working on the David Frost shows and one night we had Tony on as a guest. He was initially his rather melancholy self until David asked him, ‘What makes you laugh?’

Come Dancing – the precursor of Strictly – was orthodox ballroom dancing with full evening dress. Frost asked Tony back the following night – we did three shows a week – and they showed Tony a clip of Come Dancing. He laughed all the way through.

It was a joy to watch – and a rare TV moment. We were all much more used to the sad expression Tony presented to the world in 1960 on the brilliant programme Face to Face with John Freeman – where, once again, he was his melancholy self. It was the complete cliché: Tony was the broken-hearted clown. His career, too, was an absolute cliché. It’s like John Osborne had written it: up, up and down.

Tony was a very interesting man to meet when you talked about life. But it was always the dark side of life he’d get on to very quickly. He darkened the room when he came into it. He was the classic depressive.

The late Ray Galton and Alan Simpson, the writers of Hancock’s Half Hour, said Tony was never the same after that Face to Face interview.

At one point, Freeman said Tony was as big as you could possibly be in this country – but had he ever thought about films, and becoming known in other countries?

Ray and Alan said Tony was brooding about this. He had an ego combined with insecurity. His thinking went, ‘Why am I settling for being a star here? I can make it over in America.’ And then Tony ditched Ray and Alan. They told me Tony sacked them in a ten-minute conversation in the White House Hotel in Great Portland Street. Tony just said, ‘It’s over. We’ve gone as far as we’re going to get.’

Tony also sacked his whole radio team: Hattie Jacques, Bill Kerr, Kenneth Williams. Kenneth once said that Tony was ‘an indifferent performer saved by two of the most brilliant writers of the decade – Galton and Simpson – whom he rejected.’

Tony got worried, too, when he began to think he and Sid were considered some sort of double act on Hancock’s Half Hour. It wasn’t malice towards Sid when he dropped him; they got on well. But Tony thought, ‘I have got to see if I can do it on my own. I have got to prove myself. Is it just these brilliant scripts? Am I not really that funny without them?’ So he got rid of the writers to find out.

When other writers wrote for Tony, it was never the same. He and Ray and Alan – that was a marriage made in heaven. Their scripts were quintessential Hancock and nobody else, however good (and there were some good writers who tried it), could do it. It never worked the same and Tony knew it.

Spike Milligan said about Tony, ‘I thought, he’s got rid of everybody else; he’s going to get rid of himself. And he did.’

Shortly before The Blood Donor episode of Hancock’s Half Hour in 1961, Tony had a car crash and emerged with two black eyes. Tony said he couldn’t do the recording that week because of the black eyes. A nurse looked at his eyes and said, ‘Oh, we can clear those by Friday.’

Tony was losing his excuses. He then said, ‘My memory is gone. I can’t learn it this week.’ So they gave Tony cue cards with his lines written on. If you watch The Blood Donor, Tony is gazing thoughtfully into the distance as he speaks, every so often looking at the cue cards. From then on, he never learned a script; he always insisted on cue cards.

The public began to notice, too. Tony once told me he got in a taxi a few days after a lacklustre performance and the taxi driver, 'I saw you doing that rubbish on Sunday night.'‘I am not mad about the way that you’re driving this taxi,’ Tony said.

Our great comedies are about people who are trapped. Rigsby in Rising Damp, the Steptoes and Basil Fawlty were all trapped – Hancock was always trapped. They all had aspirations and you know they’re not going to make it.

In his 1968 book London End J B Priestley had a self-destructive comedian character, based on Tony.

Priestley’s comment on him was the best verdict on Tony: ‘A comedian with a touch of genius, who had no enemy, except himself.’

Tony’s other epitaph is his own, in one of the suicide notes he wrote before his overdose: ‘Things just seemed to go too wrong too many times.