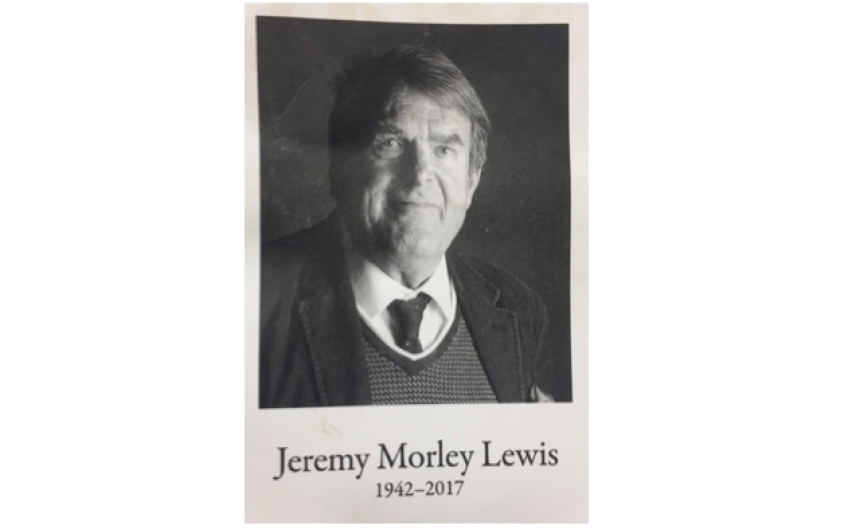 On Wednesday, the Oldie editorial team ventured to East Sheen for the memorial service for our late, much-lamented deputy editor and patron saint, Jeremy Lewis. Jeremy would have loved the accidental comedy of the service. The congregation were comfortably seated for the 2pm start, when the vicar announced that the road leading up to the church was blocked. Because the road was sandwiched with cars – a rich testament to Jeremy’s popularity – there was no way a fire engine and ambulance could make their way to an accident. The vicar tactfully suggested that churchgoers blocking the street – ‘You know who you are’ – should head out and move their cars right away. Sheepish members of the congregation emerged from their pews, car keys in hand, and sloped out, like mischievous schoolchildren, to avert the impending crisis. Moving tributes were paid by Jeremy’s sister, Julia Lewis, his daughter Hattie, and James Pembroke, the Oldie publisher. James Hughes-Onslow will be writing about the service in the Summer issue.

He will also be recording next week’s memorial service for our late, hugely missed editor, Alexander Chancellor. Alexander’s funeral took place in gentle snowfall and Jeremy’s memorial service was carried out in a deluge of unrelenting, Biblical rain; the weather’s way of mourning these two great men.

On Wednesday morning, you’ll be greeted by the familiar and welcome sight of a new Oldie, fresh from the printers.

The new issue has a surprisingly jolly interview by Valerie Grove of Britain’s gloomiest actor, Geoffrey Palmer, on his ninetieth birthday. You’ll also find the no-nonsense advice of our new agony aunt, Virginia Ironside. Watch out, too, for Germaine Greer’s scathing review of Joanna Moorhead’s new biography of the surrealist painter Leonora Carrington.

Some articles in next week’s issue are already available to read in full online for free. For others, we are offering a tantalising introduction to the beginning of the article; you can always subscribe to the full magazine on the app via iTunes, at a reduced price of £2.99. Or there is an option to subscribe and read all issues online, for £34.99 a year. And, of course, you can subscribe to the print edition for only £42.50 a year. The print and digital combined package is £51.