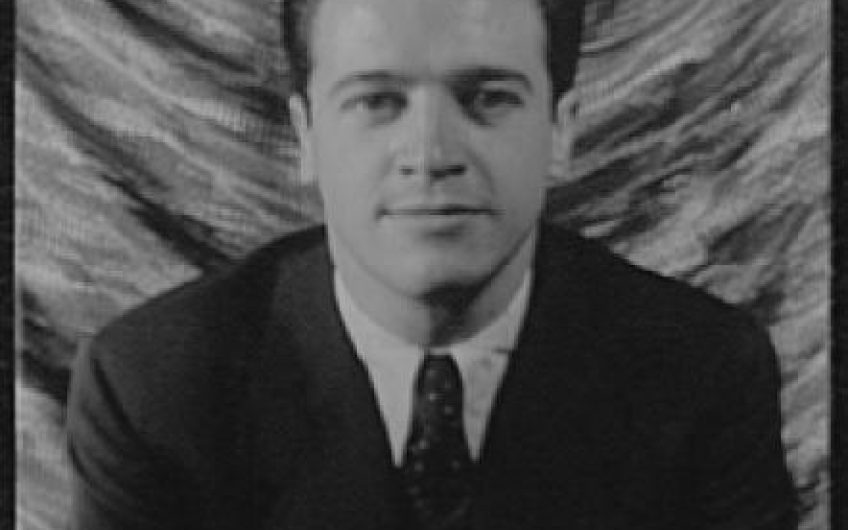 It is with great sadness that we announce the passing at 93 years, in April 14, after a short illness, of the well-known Australian actor Trader Faulkner, who has been resident in the UK since 1950, and who has appeared over the decades since in many memorable West End and Stratford Memorial Theatre productions as well as in regional repertory theatreseasons, and in scores of television dramas and series (with regular featured parts in Richard the Lionheart and Our House), feature films and BBC radio productions. Towards the end of his working life, in the late ‘80s and throughout the ‘90s, Trader also wrote, choreographed and performed in two of his own theatrical creations, the first a tribute to the revered Spanish poet and playwright, ‘Federico Garcia Lorca, An Evocation’ (in which, with a guitarist, a Spanish singer and a female Flamenco dancing partner he danced and re-created scenes from the poet’s life and death); the second an original one-man show, ‘Losing My Marbles’, filled with enacted anecdotes from his life, depicting the many wonderful people he had known and worked with during his career.

Trader – christened Ronald, but later dubbed ‘Trader’ by his father after the boy was caught exchanging pinched bottles of the elder Faulkner’s illicit bathtub whisky with his schoolmates for marbles – was born in 1927 in Manly, across the harbour from Sydney, to the English actor John Faulkner and the Scottish/English ballerina Sheila Whytock (who had danced with Diaghilev’s company in London and with Anna Pavlova on tour in South America). After the early death of his alcoholic father, Trader at age seven became a rebel, and was finally moved by his exasperated mother from the public education system into Jesuit boarding schools, where he tempered his rebelliousness, finished his education with distinction and converted to Catholicism -- his faith being a guiding force in his life from that time forward. Having as a young man watched the many ocean going ships entering and leaving Sydney harbour, his heart was set on becoming a naval officer. The surrender of Japan in 1945, however, just as he was about to apply to join, brought Trader’s dreams to an end, and instead he worked for a time for ABC Radio in Sydney as a runner. By chance, he then met the young Peter Finch, who persuaded him that, as the son of a well-known silent film actor, he should follow in his father’s footsteps and become a thespian. Trader joined Peter’s nascent theatre training group, and very shortly thereafter was making appearances in several Sydney and Melbourne theatres, as well as performing regularly in ABC radio dramas.

It was as a result of a chance visit by Tyrone Guthrie to see a performance of The Merry Wives of Windsor at the Independent Theatre in Sydney (in which Trader was playing a rather outrageously eccentric Dr. Caius) that caused that great British director to suggest to Trader that if he made his way to London there would be a part awaiting him in an upcoming West End play starring John Mills. Taking him at his word, Trader took a steamer to London and contacted Guthrie upon his arrival – only to be told that the play had been shelved. Guthrie, however, promised to get the new arrival seen for any new castings. Shortly thereafter, Trader was offered a chance to audition for director John Gielgud and playwright Christopher Fry to take over the part of Richard, Son of Nobody – currently being played to great success by the young Richard Burton (who was about to travel to Stratford to begin rehearsals for Henry V) – in Fry’s play The Lady’s Not for Burning, when it transferred to Broadway in a few weeks’ time. Gielgud loved his audition and Trader was cast, playing the run in New York as well as in Philadelphia over a period of several months.

From that point on his career blossomed, with featured film parts in Mr. Denning Drives North (with John Mills) and A Killer Walks (with Laurence Harvey), and later in A High Wind in Jamaica (with Anthony Quinn and James Coburn), and stage appearances in Gielgud’s London production of Much Ado About Nothing (with Paul Scofield) – work that led to him being invited to join the 1953 Stratford Memorial Theatre Company. During that season, he played Sebastian, twin brother to Vivien Leigh’s Viola in Gielgud’s Twelfth Night, and Malcolm in Macbeth – commencing an association with the Oliviers continued over some years, with Vivien becoming one of his dearest friends.

In the late ‘70s, Trader was asked to write a biography of his mentor and friend Peter Finch, and the book was published to moderate success by Angus and Robertson in London. From that time forward, Trader has continued to write articles for newspapers and magazines, recently becoming a regular contributor to The Oldie, where, ironically, the April edition contains his last submission, an article on Peter Finch, bringing his writing career full circle.

As a result of his translating and performing efforts bringing to British audiences the works of various notable Spanish playwrights as well as Lorca, Trader was awarded the Royal Spanish Order of Merit by King Juan Carlos.

In 2012 he published Inside Trader (Quartet Books, London), a highly enjoyable personal memoir which is still available on Amazon as a hardback and paperback, as a Kindle download, and as an audiobook.

Trader is survived by his daughter Sasha Faulkner and three grandchildren, Quinn, Eliza and Jamie, all living in San Francisco.