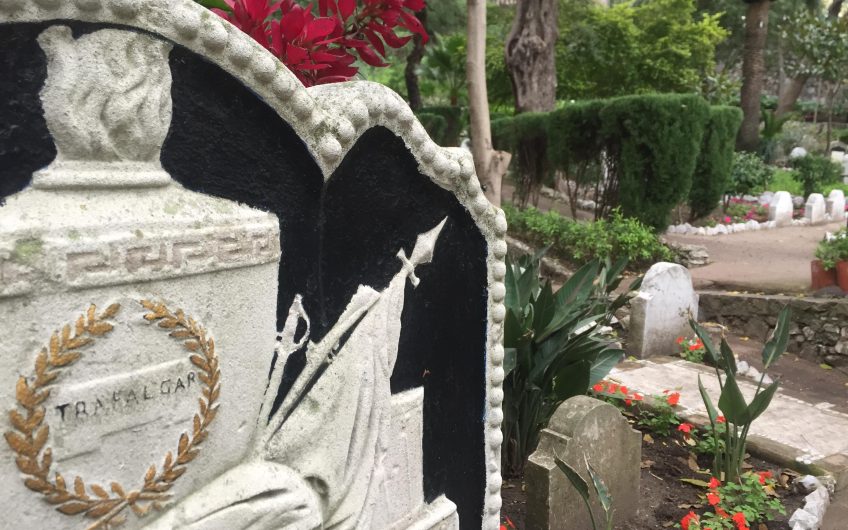 The Oldie is on tour!

In a unique double, an Oldie trip is visiting Gibraltar just as we are holding a literary lunch in Gibraltar’s Rock Hotel - addressed by Robert Hardman (on the Queen), James Pembroke (on Oldie cartoons) and me on Brexit.

Just by the hotel is the saddest spot in Gibraltar, the Trafalgar Cemetery, where many of the dead were buried after the Battle of Trafalgar.

Most of the dead were buried at sea. But some - like Lieutenant William Forster, lying in the cemetery - weren’t killed immediately. He was serving on HMS Colossus, attacked by the French ships, Swiftsure and Argonaute, and the Spanish ship, Bahama.

Forster was badly wounded - and died later that day. As a result, he was buried in Gibraltar - just the other side of the Strait of Gibraltar from Cape Trafalgar.

Gibraltar was the closest British safe haven after the battle. It was also where Nelson was taken after his death. His body was first put in a cask of brandy, myrrh and camphor. The cask was tied to Victory's mainmast, under guard, as Victory was towed to Gibraltar.

Once in Gibraltar, Nelson's corpse was placed in a sealed, lead-lined coffin, filled with wine spirits for preservation, before the journey back to London and his funeral in St Paul's Cathedral.

Poor Lieutenant Forster was left behind in Gibraltar, but he couldn't have found a more charming resting place.

The Trafalgar Cemetery - originally Southport Ditch Cemetery - sits in the shadow of the city walls, with sinuous paths snaking around the gravestones, flanked by tropical greenery.

Consecrated in 1798, the cemetery closed in 1814. It fell into disrepair but was restored in the 1980s. It now hosts an annual commemoration ceremony on Trafalgar Day, the Sunday closest to the anniversary of the battle.