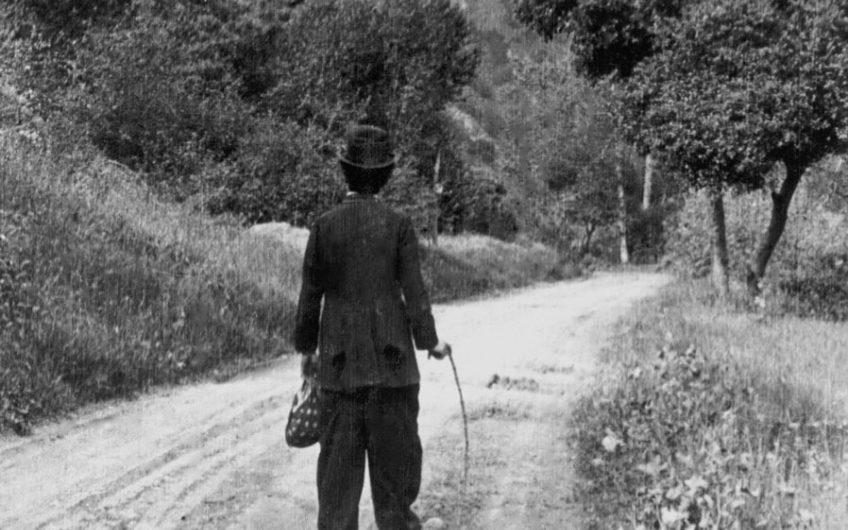 Shops in Camberwell, like everywhere else, have long queues outside the door; then more inside for the checkout counter. The shelves are often empty – so you have to go and queue somewhere else. For a 74-year-old asthmatic, warned by Boris that coronavirus can kill old people, this is the scary bit.

I have found one grocery shop which offers an answer. It is well stocked with food, so much so that staff are constantly chucking out surplus stuff which can be found in a bin outside at the back. Oranges, lemons, melons, courgettes, peaches, apples, potatoes, tomatoes, biscuits, carrots, boxes of eggs, cans of dogfood, even cans of beer and bottle of olive oil, anything approaching its sell by date.

I’ve become such a regular daily visitor that staff welcome me warmly, handing me carefully selected items which seem to be in perfect condition. I’m spared having to join the outside queue or the inside one and I don’t have to reach into my pocket for old coins which might spread a virus.

One generous customer mistook me for a tramp looking for free food. She offered to give me some money so that I could go inside the shop and buy food.

This was most kind, I explained, but it was not really the point. I didn’t want to see food wasted, I didn’t want to damage the environment by growing things that end up on a dump. I thought That, by not going into the supermarket, I was contributing to the national recovery by not entering it and spreading germs.

While this discussion was going on, a helpful lady joined in. She said the reason I was mistaken for a tramp was that my hair is very long. Was this because all the hairdressers have closed down, she asked. She had cut her husband’s hair for years and she would be happy to help me out with her trusty scissors.

The truth is I haven’t been near a hairdresser since 1964. It cost 4 s and 6d at Thomas’s in Eton High Street. Shortly afterwards I set off on a three month trip on cargoboat to Australia and stayed there two years. I didn’t see anyone on the ship or in the bush I trusted with a sharp implement - so I started cutting my own hair.

By the time I came home in 1966, haircuts cost £10 and I thought I had the knack. The secret is never to use a mirror, always to it by feel.

When I married in 1982, my wife offered to tidy up afterwards. Nowadays she has more or less taken over the operation.

Actually, I once went to Trumper’s in Jermyn Street when I was a reporter on the Evening Standard. The paper sent me to have a Major haircut, emulating the then Prime Minister. John Major’s coiffeur said he could not recreate the PM’s hairstyle on my head. It grew in his own particular way, as does mine.

He had a go, but it wasn’t a success. So I’ve been cutting it with help from my wife ever since. I recommend this as a great economy and as a skill worth learning in these difficult times.

Poor Lord Bramall was hounded in life by ghastly policemen making preposterous allegations. Now he has been denied a grand send-off in Winchester Cathedral on 30 April. Winchester is the home of Bramall’s regiment, the Green Jackets.

As the Oldie’s memorial service columnist since Ned Sherrin, my predecessor, died in 2007, I have been to hundreds of these services.

People ask me whether this is rather depressing but it isn’t. We hear good music and moving tributes and we hear all sorts of unexpected tributes to the late lamented, often not previously heard even by close relatives and colleagues.

In fact, war heroes like Lord Bramall are usually the most modest about their exploits in difficult times, so it’s often at their thanksgiving services that you hear stories for the first time.

I last saw Bramall with Sir John Major at the Oval at the wake following a memorial service for Alec Bedser, one of the twins who played for Surrey twins. Sir John had given the eulogy for the Surrey cricketer in Southwark Cathedral.

As a Field Marshal, Bramall gave military advice to Major shortly after he became Prime Minister at the start of the Gulf War. But they also found time to discuss cricket.

So what did Lord Bramall learn about Bedser at the The Oval that afternoon after the service? I can reveal that the former PM told the Field Marshal that Bedser often visited him in Downing Street, bringing vegetables grown on his allotment.

On one occasion Bedser had to apologise to Major for being late. He had brought a basket of broad beans as a present for the Majors and Downing Street security men had insisted on spending a long time examining them..

‘You were bloody lucky I didn’t bring one of my marrows,’ Bedser told the PM. The Field Marshal hadn’t heard of that particular potential bomb threat before.