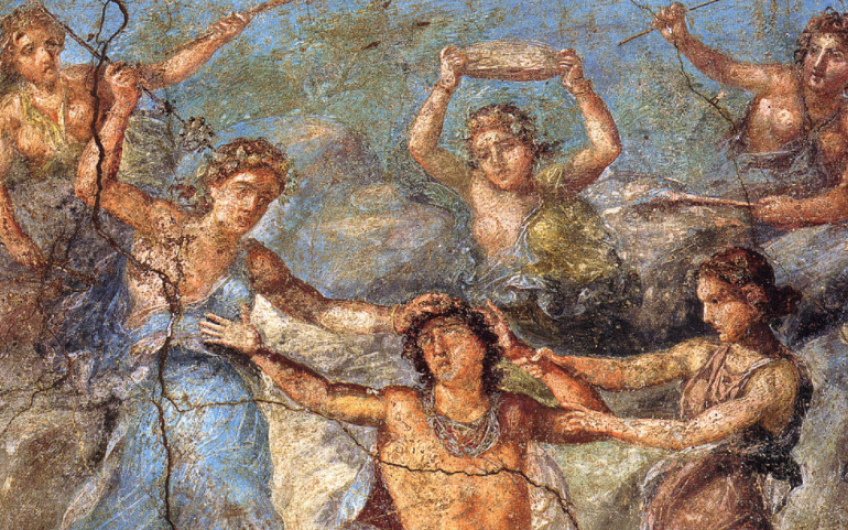 Last night, in an act of surpassed competitive parenting, I took my son (and his Greek tutor) by train to Oxford to see Euripides’sThe Bacchae. Pretty impressive, eh? Even more so, when I tell you the excellent student production was in the original Greek. Forget Asian parenting; enter Chiswick Dad. My son sits his entrance exam to read Classics at Oxford in two weeks, and I thought this might be just the sort of inspiration he needs.

Chiswick Dad knows no boundaries. I texted him on the way there to see whether he wanted to do the Greek vocabulary test we had promised each other, but I am ashamed to say he texted back: ’No way, Dad. It’s a full carriage. ’Don’t worry,’ I said. ‘We’ll do it over breakfast.’ And we did.

So, I strolled in to The Oldie office today to boast of my intellectual zenith, only to be met by muffled giggling. 'Was there a trigger warning?’ Liz Anderson, the Supplements Editor, asked. ‘What? A trigger warning for boredom?’ asked another (no names but Harry Mount is helping with enquiries).

Apparently, Cambridge University now posts trigger warnings in the shape of a red triangle on any parts of the syllabus it fears students may find upsetting. The list includes Titus Andronicus, Euripides’s Hippolytus, which only mentions an allegation of rape, and, of course, The Bacchae. The latter two were first produced in Fifth-Century Athens, the cradle of democracy, during the censored Dionysia festival.

I regret to concede that last night’s production of The Bacchae was dumbed down by the support of English subtitles for those dunces who couldn’t translate ancient Greek at speed. Despite the literal translation of the blood and gore extracted from Pentheus’s carcass by the Maenads, the crazed followers of Dionysos, together with a film showing them in their best limb-ripping ecstasy, there were no gasps, no screams, and no requests for post-traumatic counselling. Uniformed sixth-formers tripped happily back on to their coach.

Could it just be that school children know better than Cambridge dons that a play is all about pretending, that it might just be allegorical; that Dionysos, the god of wine and revelry, is very unlikely to enact revenge on them for not quaffing lots of wine and discouraging others from doing so, as poor goody-goody Pentheus did?

There’s the rub: the worthy ignorant students and their ilk who want to tear down Cecil Rhodes’s statue in Oriel College are Pentheus’s heirs, hell-bent on policing our sensibilities. We can only hope that Dionysos and his Maenads have been woken by such hubris and that a few limbs may soon dangle from Oriel’s gates. BEWARE: metaphor at work.