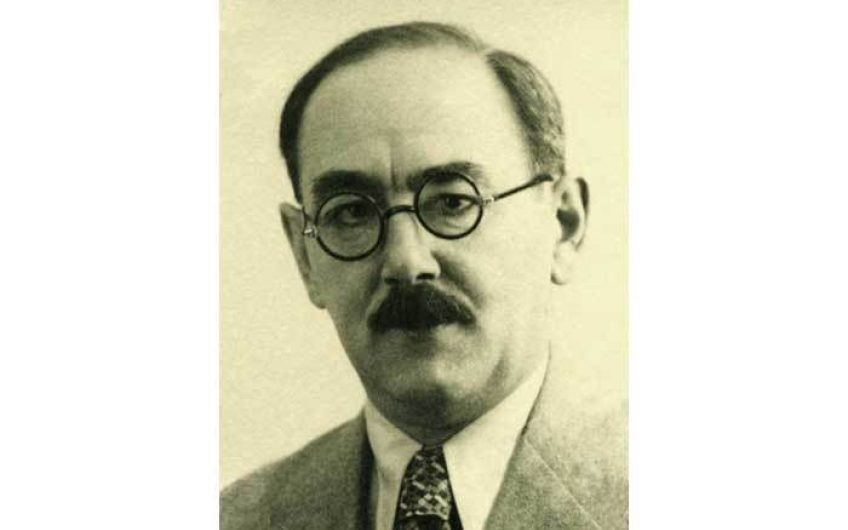 Imre Nagy By Original author: FOTO:FORTEPAN / Jánosi Katalin adományozóRetouched by: Rlevente - This is a retouched picture, which means that it has been digitally altered from its original version. Modifications: retouch. The original can be viewed here: Nagy Imre.jpg. Modifications made by Rlevente., CC BY-SA 4.0, https://commons.wikimedia.org/w/index.php?curid=41929321
View Full Size
1
of 1

Almost exactly thirty years ago, a funeral was held in Budapest that could justifiably be said to have changed the course of history not just in Hungary but Europe as a whole.

This grand, state-sponsored spectacle was for Imre Nagy, a walrus-moustached agronomist who became head of government during the 1956 Hungarian Uprising. It took Soviet tanks and troops ten days to crush this revolt — the first and also the last on such a scale that the Warsaw Pact had to deal with. Reprisals were brutal.

Hundreds of Hungarians were executed, among them Nagy himself after a humiliating ‘trial’ the outcome of which was never in doubt. His body was dumped in an unmarked grave on the outskirts of Budapest, and for the next three decades his name was simply never mentioned as Hungary appeared to settle for the soul-sapping political and economic compromise known as ‘goulash communism’.

I was in Budapest in June 1989 when Nagy and several other members of his administration were reburied with full honours following a ceremony that brought the country to a standstill. Even twelve months earlier this would have been unimaginable. But 1989 was the year of ‘velvet revolution’ in Central and Eastern Europe, and communist reformers in Hungary hoped that by taking the credit for this occasion they would be able to steal a march on the still poorly-organized opposition.

In reality no one was fooled. Indeed, such was the strength of patriotic feeling unleashed by the funeral that the communist politicians who took their turn in the guard-of-honour next to Nagy’s coffin must have been aware they were administering the last rites to their own regime.

Around them in Heroes Square, where in 1956 a colossal statue of Stalin had been toppled, tens of thousands of Hungarians wearing black stood patiently in the hot sun. Speech after speech blared out over the loudspeakers, interspersed with long stretches of Chopin and Liszt. I remember the signs they held up showing the towns and villages they had come from. Back then I had only been to Hungary a few times and as I tried to note down accurately the names of places like Székesfehérvár and Marosvásárhely, I felt I was being given a privileged initiation into a nation’s language and geography.

Events that year moved fast, a strike or demonstration in one part of the Eastern Bloc setting off a chain reaction that might lead to a leadership purge half-a-continent away. History was being made practically every day. The climax, of course, came in November with the decision taken by the East German politburo allowing the population of East Berlin to travel freely across the border to the western half of the city. Overnight that sinister symbol of the Cold War, the Berlin Wall, became just another concrete eyesore.

In 1990, genuine multi-party elections took place in Hungary. These were the first since the communist takeover that for the entire region was one of the consequences of the Second World War. The following year, I moved to Budapest to carry on editing a journal about the area which until then had been based in London.

As I studied Hungarian and tried to inform myself about the country’s history and culture, I came across a phrase which I was told encapsulated the spirit of a nation that over the course of the previous thousand years had known more than its fair share of tragedy. It is not easy to translate temetni tudunk into idiomatic English, but the essence of it might be put like this: we know how to bury people.

No one who has been to the Hungarian capital and ventured beyond the restaurants and baths into the splendid cemeteries that can be found both in Buda and Pest will be surprised to learn about this expression.

Statesmen like Lajos Kossuth, whose funeral in Budapest in 1894 was almost as politically charged an event as the reburial of Nagy, have tombs of pharaoh-like proportions. But you will also find impressive and well-maintained memorials marking the remains of famous writers, composers, sportsmen and scientists. Hungarians take great pride in their national heroes and one of the delights of living in Budapest during the 1990s was seeing their names spread steadily across the city as streets honouring Lenin or Mayakovsky reverted to being called what they had been before the war.

Memories of that extraordinary day thirty years ago came flooding back as I returned to Budapest last week for another funeral. This was for Professor Norman Stone, a staunch Magyarphile who in 2016 decided to move to Hungary after many years spent living in Turkey. In Budapest, his flat overlooking the Danube would blend elements of both cultures — while also carrying traces of his native Glasgow.

Norman was a brilliant historian whose passion for the countries of Central and Eastern Europe inspired a significant number of his students to pursue careers either in or in connection with these countries — both of which became much more viable after the annus mirabilis of 1989.

The service commemorating his life was held in Budapest’s main Lutheran church right in the centre of the city. This is an imposing but inside fairly plain building which, from an aesthetic point of view, I think would be more-or-less acceptable to Scottish Presbyterians of the sort Norman grew up among.

But one of the things Norman loved about Budapest is that much more flamboyant style of architecture from its late nineteenth century heyday known as ‘eclectic’. And with no less than five different clergy involved in the service — two Anglican chaplains (one of them from Istanbul), a Catholic bishop, a Lutheran pastor and a Russian Orthodox priest whose sung blessing at the end was musical magic — there was undoubtedly a touch of eclecticism about the proceedings that would have appealed to Norman.

Sitting with his wife in the front row of the congregation was the Hungarian prime minister, Viktor Orbán. Back in 1989 at the funeral of Nagy, Orbán, who was then a student leader in his twenties, made a speech calling for the Soviet soldiers still stationed in Hungary to leave. At the time this was considered a rash and even dangerous demand to put forward in public — and Orbán was censured for it by more cautious members of the opposition movement.

He did not speak at the funeral last week but listened closely as Norman was affectionately remembered by a number of friends and fellow historians, some of whom had travelled from the other side of the world to pay tribute to him.

One observed how it was one hundred years to the day since the signing of the Treaty of Versailles, an agreement that may have formally ended the First World War but which changed the geopolitical map of Europe in ways that made subsequent conflict inevitable and which continue to make themselves felt even now.

If Norman could be said to have had a special subject, this was it. His extraordinary understanding of and for the peoples of Central and Eastern Europe in particular, will be much missed as today’s leaders struggle with coming up with a design for the continent that actually works.

After the service, we gathered outside the church as the pallbearers carried Norman’s coffin to the waiting hearse. It was another hot summer’s day in Budapest.

This being Hungary, there was a slightly surreal moment as a tourist in shorts and blue flip-flops walked between the prime minister of the country and the hearse just as it was about to set off. A few yards away I noticed a group of men in identical t-shirts with the words ‘Kenneth’s Stag Do’ printed on them, and thought what a wonderful anecdote Norman would have made out of this. Temetni tudunk.

Johnathan Sunley worked in Hungary as a journalist and business consultant from 1991-2003. He now lives in London.