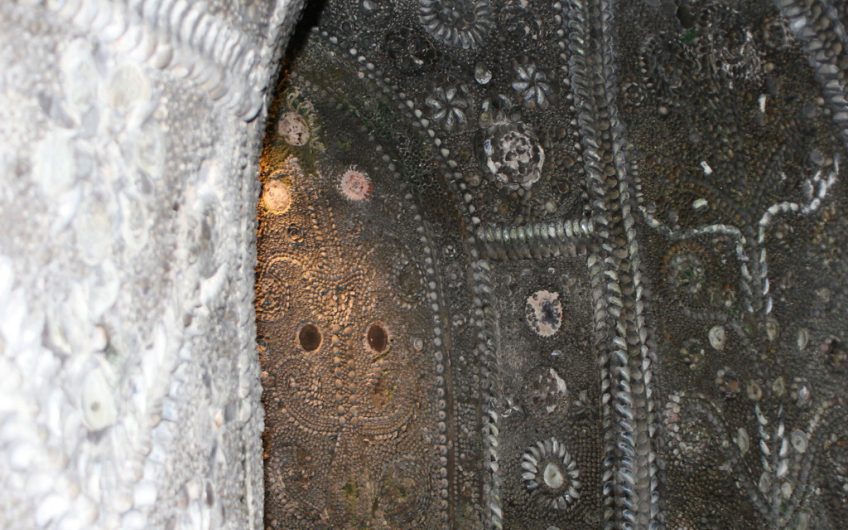 Last Thursday saw the reopening of the Margate Caves, closed since 2004 for health and safety concerns, but open to the public once more with the help of Lottery funds. It's a welcome return to one of the coastal Kent town's most renowned attractions. But it isn't Margate's only subterranean location. The town positively abounds with them.

The Margate Caves were dug in the late-17th and early 18th-centuries as chalk mines to provide for bricks for new housing in Cliftonville (now part of Margate). After falling into disuse, they were rediscovered by accident in 1798 by one Francis Forster, who had bought the recently constructed Northumberland House on the site.

He then had them for storage, as an ice well, wine cellar and a personal grotto, while digging out a set of stairs linking them to the surface. He extensively decorated the caves, employing a local artist called Brazier to carve and paint murals, figures and scenes on the chalk walls, many of which can still be seen today.

Upon Forster's death in 1835 they once more fell into neglect, until 1863, when a new tenant turned them into a tourist attraction, naming them Vortigern's Tavern, in honour of an ancient local Celtic warlord. The new owner put about stories that they were of ancient Briton origin and that Forster had discovered them while looking for rabbit holes. In that year, 1863, newspapers sensationalised this story - the same year Lewis Caroll was writing Alice in Wonderland. Perhaps this is coincidence. Perhaps it wasn't.

The caves were used as air raid shelters during the Second World War, but owing to the bombing of Northumberland House in 1941 the caves were abandoned until 1958, when they were reopened as a tourist attraction.

The origins of Margate's nearby celebrated Shell Grotto, discovered in 1835, are even more mysterious. Revealed when a boy named was lowered underground by his father while investigating a duck pond, the age and purpose of this beautiful but eerie chamber remain still unknown. Its walls are almost entirely covered in mosaics made from 4.6 million cockles, mussels, limpets, whelks, scallops and oysters. Some say it was a prehistorical astronomical calendar dating back 3,000 years, others that it was an 18th- or 19th-century rich man's folly. Others have linked it to Freemasonry or the Knight's Templar. It's a Grade I-listed building, and like the Caves, open to the public.

In recent years it's come to light that subterranean Margate is even bigger than previously understood. In May 2017 a sinkhole by Primark revealed a network of caves dating back to the Second World War. This followed two sinkholes in 2015, also exposing a network dating back to the War.

More glamorous, and more clandestine, tunnels exist between the famously haunted Theatre Royal Margate and what is now the London Tavern pub. The tunnels, credibly understood to have been used for smuggling, were later used by actors, post-performance, eager both to avoid the general public and quench their thirst.

Patrick West is a columnist for Spiked and author of Get Over Yourself: Nietzsche For Our Times (Societas, 2017)