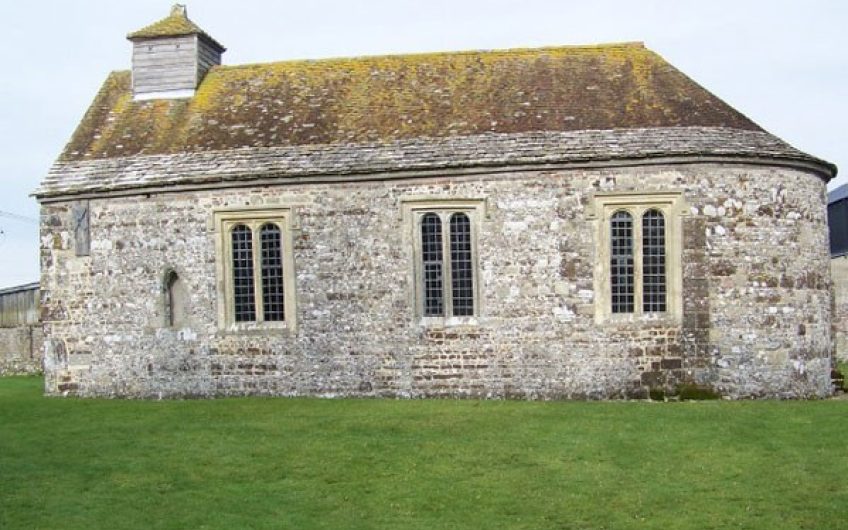 Since many new Church of England clergymen want to turn their churches into centrally heated, Wilton-carpeted front- rooms, with stacking chairs instead of pews, segregated changing rooms for the choristers, intensely bright sodium lighting, lavatories and moveable exhibition screens, it is becoming increasingly difficult to find a church whose dignity is allowed to remain intact.

Our churches belong to everyone. They are supremely beautiful and their fabric should be fiercely safeguarded. A system was set up in 1913 to do just this, which culminated in the formation of the Diocesan Advisory Boards, committees containing knowledgeable local aesthetes, but their powers seem to be diminishing as enthusiastic incumbents, driven by misdirected zeal and egged on by well-meaning villagers, persuade their DACs that coffee morning and toilet facilities are vital to the life of their churches. They also take small aesthetic decisions into their own hands when they should be sticking to what they are good at — shepherding their flocks. Dulux is slapped on top of limewash with catastrophic effects as the walls can no longer breathe. Local electricians are left to choose the light fittings or place wall- heaters at their convenience, churchyards are madly over-tidied. Couldn’t they take a leaf from Winterborne Tomson’s book?

This is a church which makes you believe in God. It is worth driving miles to visit for it cannot fail to lift your spirits with its simple perfection. Winterborne Tomson lies a stone’s throw from the thundering Wimborne to Blandford road in meadowy country straddling the Winterborne — a chalk stream which dries up in the summer. Some maps don’t even mark it, noting only its biggest neighbours, Winterborne Zelstone to the east and, going up stream, Winterborne Anderson, Kingston, Whitchurch, Clenston, Stickland and Houghton. The church of St Andrew is set in a tiny hamlet, next to a straggling farm of barns ancient and modern and a 17th-century farm house whose north facade is far more thrilling than its south. As you open the churchyard gate you see across the flat fields, beyond the poplars, the many gables and towering chimneys of Anderson Manor, a grand Elizabethan house of a strange plum-coloured brick with chalkstone dressings, tantalizingly unopen to the public.

From the outside the simple Norman church of lichen-covered brownstone rubble and flint resembles a small river tug-boat. Its walls have sloped outwards over the centuries. The inside is beyond expectation. It was renovated in the early 18th century and given box pews, a two- decker pulpit and tester and chancel screen by William Wake, native of Blandford, later Archbishop of Canterbury. Everything is of oak which has bleached to the palest watery grey. There is a plastered wagon roof and three stone windows on the south side with clear glass-leaded lights.

The church possesses an extraordinary and explicable calm, for there is nothing that jars the eye — all is harmonious. There are no damp stacks of missionary leaflets, no guilt-giving posters to smother you with all the wrong feelings as you enter.

If this church is a monument to God then it is also a monument to the organizations that saved it. The first is the Society for the Protection of Ancient Buildings whose secretary Mr Wake restored the church in the early 1930s when it was in a very sad state of neglect. The money was raised from the sale of some of Thomas Hardy’s manuscripts which he left to the church because he was so fond of it. Mr Wake is buried in the churchyard. The SPAB are still the best and most important advisers on restoration in the country.

The second is the Redundant Churches Fund which keeps 275 churches alive and well all over England that would otherwise become ruins. Each church is looked after by someone nearby, and the glory of them is that they are almost always open, or else the key is readily available. They feel very much alive, and do not become deconsecrated just because they are redundant. You can get married in one if you live locally. At least three services are held a year at most ‘redundant’ churches. At St Andrew’s they occur at Whitsun, Harvest Festival and Advent when the church is candle-lit as there is no electricity.

Oldies should support these two organisations because they safeguard what we love.