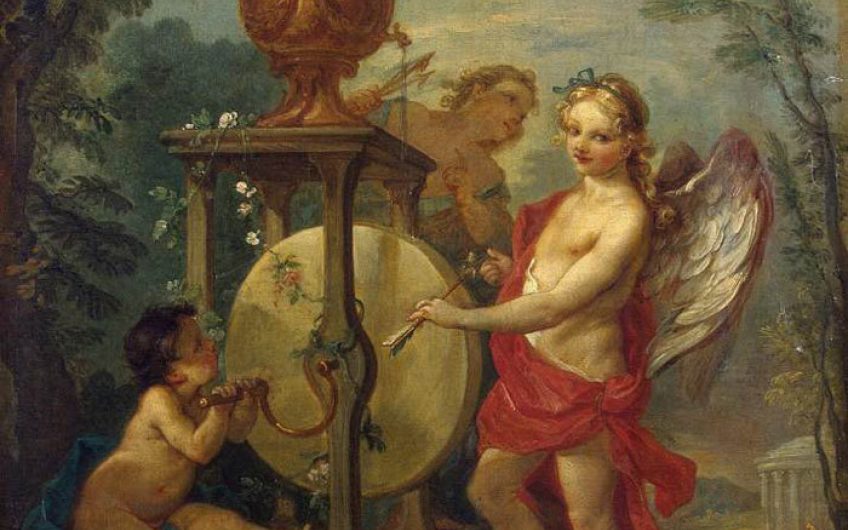 It’s Valentine’s Day on Sunday. In anticipation of the day, and in the hope of rekindling a fondness for the handwritten love letter, Royal Mail is dedicating a number of its letter boxes to some of Britain’s greatest romantics. Quotations from John Keats, Robert Burns, and Thomas Hardy, among others, will adorn postboxes around the land.

I can’t pretend to be a dab hand at love-letter writing myself, and if you aren’t either but would like to be, read on.

Help is not just at hand – it’s here, now, in this very blog you’re reading.

Hand-written love letters are a thing of the past - and that’s sad, isn’t it?

I met a group of young people the other day, not one of whom had ever sent or received a love letter. One of them claimed not even to know what a love letter is. Seriously, he’d heard about ‘French letters’ and said he’d always assumed ‘love letters’ were some form of old-fashioned contraceptive. I put him right.

I asked a girl in the group how she would indicate to a young man that he had taken her fancy, if not with a love letter. She said she text him an emoji of a smiley face. And if you fancied him a lot? I asked. ‘A smiley face with a tongue hanging out,’ she replied. And how would he respond if he fancied you? I enquired. ‘He’d send me an emoji of an aubergine,’ she said with satisfaction.

Yes, this is the week in which to send the love of your life the letter of your life! Welcome to the Brandreth master-class on the art of love-letter writing.

Don’t worry, the rules I am about to share have been compiled by me, but they are not my rules: these are the lessons of history.

In preparing this crash course in love-letter writing, I have taken soundings from a number of authorities (all female), ranging from women of experience (the great historian, Lady Antonia Fraser, has compiled the definitive anthology of love letters) to the three young, unattached journalists, aged 26, 27, and 30. As part of my researches, I even made a pilgrimage to Ladbroke Grove and took a masterclass of my own from the award-winning novelist and literary historian, Dame Margaret Drabble, who in one of her novels evoked the love affair and marriage of Robert and Elizabeth Browning - ‘their story is the paradigm of perfect love’, she says - and has read more widely, more wisely, than anyone I know.

So, if you want to woo and win - or simply wow - the one you love, here are the rules, drawn from the experience of the great love-letter writers of yesteryear:

‘A love letter must be full of fire,’ says Drabble. ‘Napoleon wrote cracking good love letters to Josephine. William Wordsworth wrote quite passionately to Mary. Jane Carlyle poured energy and all her literary talent into the letters she wrote to Thomas Carlyle. Jane Austen would write you a witty letter, but she was too proper to be passionate. A good love letter takes risks, feels dangerous. Women, of course, were not allowed to take the initiative in these matters, but had they been, I think Charlotte Bronte would have written you a letter that was suitably impassioned.

‘I would have welcomed a letter of admiration from Lord Byron. He wrote brilliant love letters to everyone - girls, women, men, boys, Caroline Lamb, his half-sister, the sixty year old woman with whom he was having an affair when he was half her age, even his wife. I wouldn’t want a letter from Robert Browning. He belongs to Mrs Browning. They were equally in love and it was a love that endured. But Byron was different. You could have a fling with Byron and move on. No harm done.’

According to Lady Antonia Fraser, looks count. ‘How important is the actual physical appearance of the letter! A thousand years ago at the court of the Japanese Emperor, no gentleman would have dreamt of spending a night with a lady without sending round a letter of appreciation the morning after - a letter in which the thickness, size, design and colour of the paper all helped to indicate the emotional mood that the writer wished to suggest - the finishing touch being supplied by the branch or spray of blossom which it was de rigeur to attach to it.’

Margaret Drabble is confident that electronic communication won’t supplant the traditional letter, because the letter is tangible and portable. ‘You can carry a letter with you, hide it under the pillow, keep it in a shoe box with all the others as solid proof of love.’ Antonia Fraser quotes Edith Wharton summing up the crucial moment of the letter’s arrival: ‘the first glance to see how many pages there are, the second to see how it ends, the breathless first reading, the slow lingering over each phrase and each word, the taking possession, the absorbing of them, one by one, and finally the choosing of the one that will be carried in one’s thoughts all day, making an exquisite accompaniment to the dull prose of life.’

Drabble offers reassurance for those who feel they may not have a professional writer’s facility with words. ‘With a love letter, passion, feeling, sincerity are what count. Simplicity of expression can be a virtue. Good writers don’t necessarily write exciting love letters. Fine words can stand in the way of true love. Bernard Shaw is a good example of a writer who managed to hide his feelings behind his words.’

In 1857 Baudelaire sent a collection of his poetry to his mistress, Madame Sabatier, with a covering note: ‘Farewell, dear lady. I kiss your hand as a sign of my utter devotion. All the verses contained between page 84 and page 105 are yours alone.’ Shakespeare, Byron, the Brownings all wrote love letters in the form of poetry, but Drabble advises, ‘Unless you are a poet, save your blushes and stick to prose.’

(When I was an MP I remember a tender-hearted Tory MP (Mrs Thatcher’s successor at Finchley, a married man, a father of three, and a lay preacher) who succumbed to the charms of his twenty-two year-old researcher and was forced to leave the government when samples of his love poetry found their way into the pages of the News of the World. Apparently there was no affair, simply a sentimental attachment. The Chief Whip was not to be mollified. ‘Whether he’s giving her one or not is immaterial,’ he barked. ‘What we can’t have is any more of his atrocious poetry getting into the public domain. It’s a disgrace to the administration.’)

My trio of young journalists expressed enthusiasm for love letters that are ‘a bit raunchy’. ‘Sexy is good,’ said Julia (30). I showed the trio Chopin’s letter to his mistress Delphine Potocka in which he explains that the sexual act robs him of his creativity - ‘a man wastes his life-giving precious fluid for a moment of ecstasy’- and counts the cost: ‘Who knows what ballades, polonaises, perhaps an entire concerto, have been engulfed in your little D flat major . . .’ ‘I’m sorry,’ said the journalists, pulling a face in unison, ‘that’s a real turn-off.’

According to Margaret Drabble, ‘James Joyce wrote some very outspoken letters to Nora Barnacle - open, sexual and very persuasive. He made it clear what he wanted and she certainly gave in to it. The secret, I think, is to pace yourself. A letter should contain surprises. Unexpected explicitness is very powerful.’

Drabble and Fraser report that many of the most compelling love letters in literature have been riven with angst, fuelled by frustration, inspired by adversity, but the young women journalist in my sample are adamant that they want joyful love letters, filled with hope and humour, not anxiety. ‘And I want a letter that’s more about me than it is about him,’ says Sara, 27. ‘A self-absorbed lover is a real bore, especially if he’s always down-in-the mouth. If you can find a bloke who gives the impression that he’s more interested in you than in himself you’re onto a winner.’

Antonia Fraser believes that when it comes to love, persistence pays. She quotes Ovid approvingly: ‘In time refractory oxen come to plough, in time horses are taught to bear the pliant reins, an iron ring is worn by constant use . . . Only persevere, you will overcome Penelope herself.’

Margaret Drabble isn’t so sure. ‘Distrust a man who writes too many letters,’ she says. ‘Not only can the weight of the correspondence be a bit overwhelming, but you have to ask yourself if love-making by letter isn’t a substitute for love-making in fact. Some people use the letter as a way of keeping the relationship at bay. There are six hundred pages of Kafka’s letters to Félice Bauer. They were twice engaged, but each time he called it off. He had a commitment problem, clearly, and found more satisfaction in writing the letters than in marrying the lady.’

Drabble’s ideal correspondent would not write too frequently, nor at too great a length. His letters would be passionate, bold, reckless, surprising - and heartfelt, at least at the time. I suggest to her that it’s a tall order. She raises her whisky to me: ‘If you can’t manage it, don’t despair. You can always go for the Cyrano option and call in the professionals. There’s a respectable tradition of inarticulate chaps getting articulate chaps to write their love letters for them.’

That’s it. If you can’t do it yourself, find a man who can.

Tomorrow, I’ll try to post some examples - moments from some of the great love-letters of history. I’d do it now, but I’ve got a letter to write.