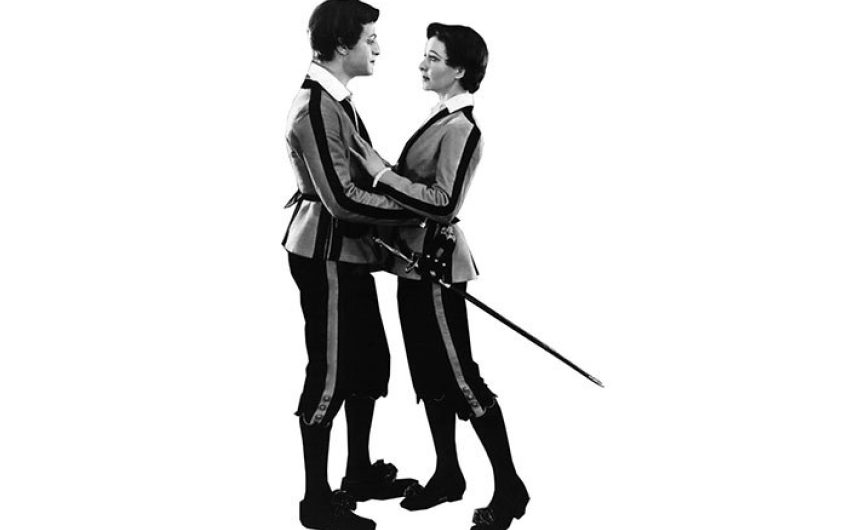 It was Sydney in 1948. I was a twenty-year-old Australian actor, appearing in the crowd scenes in Richard III at the Tivoli Theatre. Mario, a bolshie stagehand, was refusing to help with a scene change. I watched as Larry and Vivien appeared for rehearsals.

Olivier walked over to Mario and, in an Aussie accent, called up to him, where he was standing at the top of a ladder.

‘Mario, I’m your new boss, Larry, and I’ve got a problem with the quick scene change. It needs spot-on precision. Could an Aussie help me?’

In a high-pitched voice, full of sex appeal, Vivien said, ‘Would you help Scarlett O’Hara in distress, dear Mario?’

An acrobat couldn’t have climbed down that ladder quicker: ‘Oh, Lady Olivier!’

‘Please, Mario, could we go to a pub and sort this problem out over a schooner of good Aussie lager?’

Mario sent them a telegram on every subsequent first night of their tour.

I can still remember the sincerity, warmth and appeal in the voice I’d only heard on screen before.

In Olivier’s 1955 film of Richard III, I was cast as the Duke of Northumberland – an invented, non-speaking character. During a tea break, Olivier walked across the set and asked, ‘Where have I seen you before?’

‘You scamp – of course! Come with me, someone wants to meet you.’

I followed him across the set to where a woman, muffled in a scarf, sat huddled in a canvas chair.

She looked up, took off her sunglasses and I was staring at Vivien Leigh.

‘So, you’re Trader. Finchie has spoken of you. We’re to be twins next year at Stratford. What fun!’

Finchie was my mentor, the actor Peter Finch. I was speechless – I had no idea I had been cast as Sebastian to her Viola in John Gielgud’s 1955 Twelfth Night. At the first rehearsal we were seated according to importance. I sat at the back. Vivien beckoned me to sit near her. She leant over and whispered, ‘I need that little touch of the Aussie Finchie nearby.’

At the first rehearsal, Gielgud tore into Larry, who was playing Malvolio. Gielgud shouted, ‘Oh Larry – no! It’s so vulgar!’

The production was moribund. The critic Kenneth Tynan likened Vivien’s performance to a ‘principal boy in pantomime’.

On the opening night, Vivien called me to her dressing room, ‘Darling Trader, how much are you paid?’

‘When Sebastian and Viola kiss at the end, as long-lost twins finally reunited, if I made it up to £27, do you think we could hold on our kiss?’

‘Oh Viv, to hold on a kiss with you for every performance? I’d need thirty quid.’

She burst out laughing and kissed me. At every performance, we could sense the audience holding their breath as we enjoyed an extended embrace. Vivien was such mischievous fun. She was bipolar, but never neurotic, and a wonderfully generous and loyal friend to me. I think of her often, half a century after her death from TB, aged 53. To quote from Antony and Cleopatra, she was ‘a lass unparalleled’.

Champagne for my real friends! Real pain for my sham friends! By Charlotte Metcalf