Voyage to the bottom of the world 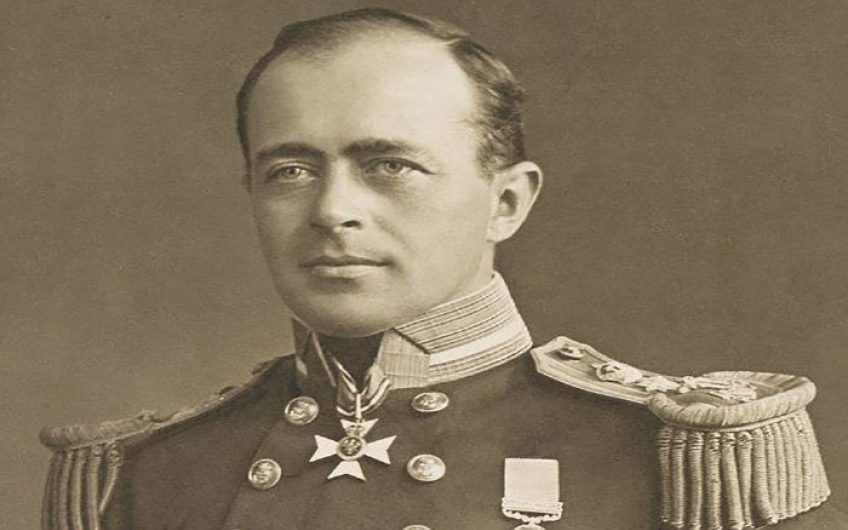 Two hundred years ago, on 27th January 1820, a Russian mariner stood on the deck of a creaky wooden ship, screwed an eyeglass in place and saw, through its pebble lens, the Antarctic continent – the first man to do so.

For centuries, speculation and myth had swirled round the fabled southern land. For millennia, in fact: the Greeks supposed it was there, and named it Anti-arktos, the opposite of the Great Bear constellation, Ursa Major, which glimmers above Arctic ice. Was this the lost Atlantis? Was it a fertile land peopled by golden-haired giants? The Russian had stowed gifts for them below decks, in case.

This curly-haired, fleshy-lipped sailor, Thaddeus von Bellingshausen (transliterated orthography varies), was commanding an expedition in two ships, the 129-foot HIMS Vostok (East) and the Mirnyi (Peaceful) – both three-masted square-rigged vessels of the type known as sloops-of-war.

The voyage sailed between 1819 and 1821 and, on it, Bellingshausen accomplished the second circumnavigation of the Antarctic. The truth is that, on that cold day in January 1820, he was not sure what he saw through his eyeglass. Was it just more icebergs?

Antarctic island, many of which were already known to sealers). The problem is that the Antarctic has many fringing geological structures glued to the actual mainland, including ice barriers, sheets and tongues – what Bellingshausen in his log described as ‘ice hills in an ice field’.

Bellingshausen was born in 1778 in Lahhentagge, now Lahetaguse, on the island of Saaremaa at the mouth of the Gulf of Riga. It’s Estonian territory now but Russia claims him – and in January Russia isn’t stinting on nationalistic celebrations, including a replica voyage.

A son of the Baltic German aristocracy, Bellingshausen entered the imperial Russian service and enjoyed a stellar career, ending it, after his polar adventures, as an admiral and military governor of Kronstadt, the port where he died in 1852. He should be better known, as a mariner, but primary sources were hard to come by in the Soviet era and access to them, even if researchers could find them, was fiendishly difficult.

If Bellingshausen didn’t see the Antarctic continent (and I think he did), who has pre-eminence? Step forward Irishman Captain Edward Bransfield, who, extraordinarily, just two or three days after Bellingshausen, also at the end of January 1820, spotted Trinity Peninsula, the northernmost point of the Antarctic mainland. And, of course, a Briton had already sailed further south than any other: Whitby-born Captain Cook, currently in the doghouse for murdering Maori when he pitched up in New Zealand. It was Cook who had made the first circumnavigation of Antarctica, 50 years or so before the Russian. His two ships, HMS Resolution and HMS Adventure, crossed the Antarctic Circle in January 1773.

Knowledge inched forward after Bellingshausen but at a slow pace. First to set foot? Possibly American sealer John Davis, who claimed to have

stepped ashore a year after Bellingshausen. The age of sail ended after Captain James Clark Ross’s Royal Navy research expedition between 1839 and 1843, during which Ross charted much of the continental coastline aboard HMS Erebus.

Everything changed in the Heroic Age, that heady period at the start of the

20th century. Americans Robert Peary and Frederick Cook claimed to have reached the North Pole separately in 1909, which they almost certainly hadn’t. Still, attention in geographical and governmental circles turned south since the north had apparently been ticked off.

Antarctica was again the most glittering prize. The protagonists of this bracing era were British-born Australian scientist Sir Douglas Mawson (1882-1958), to my mind still underappreciated; the brilliant saturnine Norwegian Roald Amundsen; that old Anglo-Irish showman Ernest Shackleton; and, of course, Captain Robert Falcon Scott, possibly the most famous Englishman after Shakespeare and Churchill.

This remarkable period in the history of Antarctic discovery culminated in the race to the South Pole, the British side of it documented in the best polar book ever written, Apsley Cherry-Garrard’s 1922 epic The Worst Journey in the World. In 1912, Scott and his four companions were the first Britons to stand at 90° south – but had been cruelly pre-empted by Amundsen and his team, who had skied in with their dogs five weeks earlier on 14th December 1911.

Women, as readers might expect, feature little in the story. The first to see the continent were a sealer’s wife and her companion in 1831. A whaler’s spouse, Danish-Norwegian Caroline Mikkelsen, was probably the first to set foot on the ice four years later, though others award that accolade to Norwegian ship-owner’s daughter Ingrid Christensen. She was an accompanying wife, too, but arguably an explorer in her own right, and she landed on Scullin Monolith in Robertson Land on her fourth trip south, taking her daughter ashore with her.

Once scientific missions were established, government programmes were slow to accept that women could participate. First off the blocks, eventually, was the US. The administrators at America’s National Science Foundation weren’t taking any chances: they sent a nun, medical doctor Sister Mary Cahoon, one of the first two women to spend a winter in Antarctica, in 1974.

These firsts notwithstanding, thousands of miles of ice have still never been dented by a human’s boot. A terra incognita indeed. Twenty-odd years ago, I spent seven months on the continent, most of it as a guest of the American government: for a period, I was their first writer-in-residence at the South Pole.

Later, for two months I shared a two-woman camp with the US painter-in-residence on the Ross Ice Shelf, close to Captain Scott’s hut on his last expedition. The sun had just risen (it was August), and so the field scientists had not arrived. The painter and I were the only two people out camping in an area bigger than the continental United States.

One night, I slept on Scott’s bunk, the first person to have done so since the captain lay there dreaming of planting his Union flag at 90° south.

The coldest we experienced at that glorious camp was -115°C with wind chill: if we threw a cup of tea in the air, it fell to the ice in a tinkle of crystals. We had white-outs for ten days, during which my companion had to paint me.

In September, the Weddell seals popped up from holes in the sea ice to pup around our huts (we had towed two science huts from McMurdo base, using a tracked vehicle). Weddells give birth further south than any other mammal, their sharp teeth able to cut and maintain ice holes. Their milk has such a high fat content that pups gain five pounds a day. It was like watching dough rise.

What firsts are still to come? All eyes are on the minerals and hydrocarbons lying deep beneath the ice. The Antarctic Treaty System and its protocols currently prohibit drilling, and anyway the technology isn’t (yet)there to deal with the temperature and six months of darkness. But, no doubt, given our addiction to oil, that will one day takes its baleful place among the firsts.

Wild Frontiers offers the Antarctica Classic Cruise, from £4,899 per person