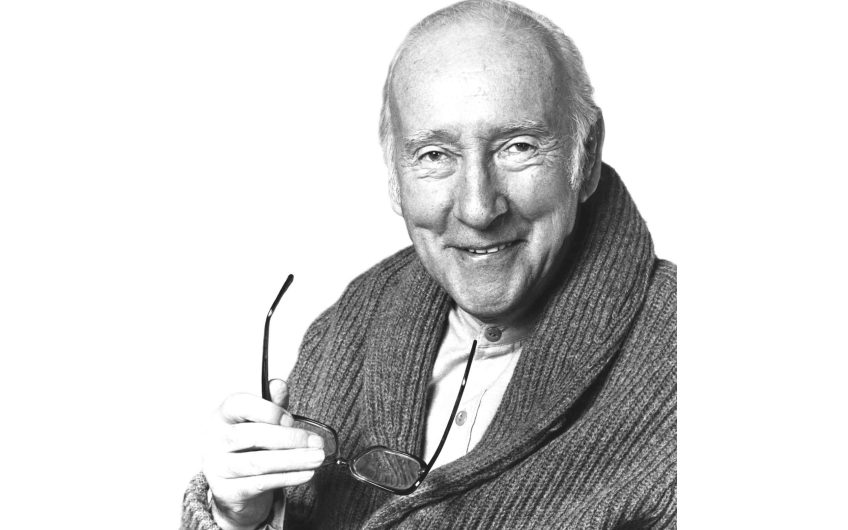 Wilfrid Hyde-White was as charming and mischievous in real life as in My Fair Lady, remembers Simon Williams, his friend and co-star

They became flatmates – and lifelong friends.

Forty-nine years later, when I rang Wilfrid to ask him if he’d do the address at my father’s memorial service, he answered wistfully, ‘Oh, my dear boy, I simply can’t – we shared a dinner jacket for three years at RADA’ (they had to take it in turns to go nightclubbing.)

Thereafter, he’d always send me a telegram on the anniversary of Dad’s death – sometimes with a racing tip.

As RADA students, during an elocution class they were made endlessly to repeat ‘hip-bath’ – a short sound and then a long one. Wilfrid dared Dad to substitute ‘toilet roll’, and they were both sent out of the room for giggling. Wilfrid claimed RADA taught him two things: ‘That I can’t act and it doesn’t matter.’

In any event, voice production was wasted on Wilfrid – he was famously inaudible, choosing to perfect a mumbling naturalistic delivery. His performance as Colonel Pickering in the film of My Fair Lady (1965) is a masterclass of muttering nonchalance. When he was doing The Reluctant Debutante with Celia Johnson, she told him, ‘The only time I can actually hear you, Wilfrid, is when I’m on stage and you’re chatting in the wings.’

The last thing he ever wanted was to be seen to be trying too hard. Naturalism was everything. I once heard him telling a director, ‘I’ve only got one performance, dear – two suits and one performance.’

He was part of the golden years of drawing-room comedy, whose purpose was to reassure the middle classes that all was right with the world. Theatregoers loved his aura of complicity and mischief. Whenever Wilfrid made an entrance on stage as a West End star, he would acknowledge his round of applause with the genial smile of a host welcoming friends to a whist drive.

At one performance in the final days of a box-office flop, Wilfrid, sitting downstage, leant towards a woman in the front stalls and whispered, ‘Isn’t it an awful play?’

On stage, as in life, he was amazingly unhurried. Legend has it that it was in his contract that he wouldn’t do matinées during Goodwood week.

Dad and he both went to Hollywood. Dad came home because he refused to get his teeth capped. Wilfrid stayed because he loved the climate. In New York he was twice nominated for a Tony.

Through their careers, my father and Wilfrid took it in turns to be stony broke. They were both declared bankrupt by the Inland Revenue; Dad in the 1950s and Wilfrid in 1979. During Ascot week in 1940, Wilfrid wrote my father a poem:

‘He looked a million dollars and he had precisely one/ The jockeys’ names were in the frame and betting had begun.’

They were both blessed with long-suffering second wives who surrendered their careers to support them. Wilfrid married Ethel Drew in 1957. She was forever at his side as nanny-cum-roadie, always allowing him his eccentricities, if not actually encouraging them.

When I worked with him in 1977 in a production of Oscar Wilde’s An Ideal Husband, he was the age I am now and getting more mischievous. We were playing father and son, he as Lord Caversham and I as Lord Goring, a renowned dandy.

During one of our scenes together, he took to picking imaginary bits of stuff off my lapel as I delivered Wilde’s bons mots; it became increasingly irritating.

I asked him if it was quite necessary – surely my valet would have brushed me down.

He continued dusting me off with an added twinkle in his eyes. The remedy was clear. I threaded a short length of cotton from a reel in my inside pocket onto my lapel. As expected, Wilfrid took the bait: with his eyes aglow, he began to pull. I felt the cotton reel revolving against my chest as his fingers became entangled with the unspooling thread.

I smiled – and he smiled back, whispering, ‘You’re learning, my boy; you’re learning.’ He never did it again.

He made a great many films, including Let’s Make Love (1960) with Marilyn Monroe. ‘She was a poppet,’ he chuckled.

He was quite unflappable and a dab hand with put-downs when required. While he was making a film with Michael Winner, the irascible director threw one of his customary hissy fits. Wilfrid muttered to him, ‘For God’s sake, calm down, man, or you’ll have a heart attack before your balls drop.’

I adored him. Like so many of my father’s friends, he was a quasi-godfather. A vicar’s son, he didn’t seem to have a ‘belief system’ but he was extremely superstitious.

He took me aside once, saying, ‘Promise me you’ll never wear green.’

I asked him why and he answered, with ominous gravity, ‘Just don’t.’ And I never have since.

When I visited him during the half-hour before a show, I’d find him sitting Zen-like at his dressing table; laid out before him were his mascots, a much-travelled menagerie of tiny animals. Before every performance, he gave each one a gentle tap, in what looked like a benediction.

Occasionally he’d mutter something to one of them, but he didn’t seem to care whether they heard him. What I took to be a glass of whisky on the dressing table in front of him turned out to be Listerine mouthwash. He told me, ‘It tastes just as good, really.’

Wilfrid suffered badly from the cold – in my memory, he is wearing an overcoat at all times. Later in life, he developed narcolepsy. Sleeping was his hobby, he said. On one of his last visits to London from his home in ‘Palm Springs Eternal’, he told me he had fallen asleep the previous evening while coming down the stairs at the Savoy – quite a feat.

During his latter performances on stage, he took to dozing off on comfortable sofas and it became the duty of his fellow actors to give him a subtle nudge to warn him of an upcoming cue.

We always say of our departed friends, rest in peace. In Wilfrid’s case, when he died in 1991, aged 87, a peaceful rest was a given.

My first acting job – as a dwarf jester - Jem Clarke