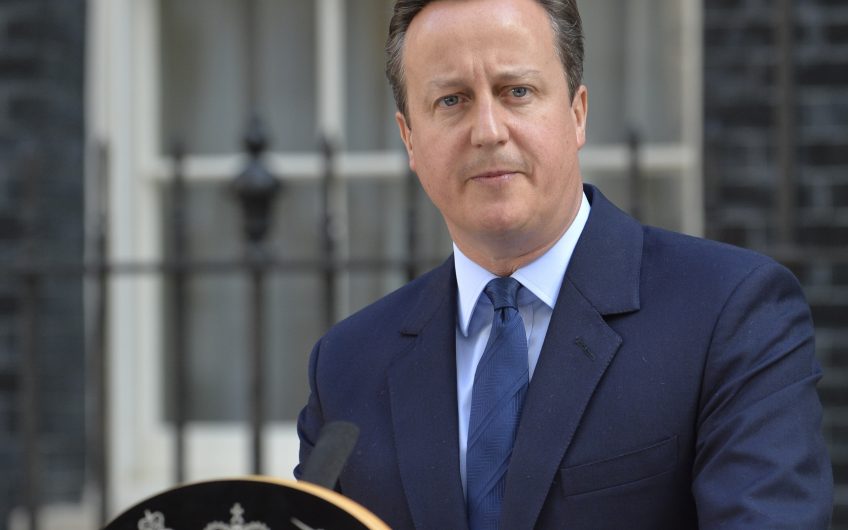 On Alzheimer’s Day, David Cameron says we might beat the disease altogether in 20 years

The coronavirus pandemic has swept across our world and is changing life as we know it. But even as we fight COVID-19 – a fight that has brought hardship to so many – other battles continue. One of those is against dementia.

The search for a life-changing treatment is urgent. It is estimated that, without treatments, one in three children born today will eventually contract diseases such as Alzheimer’s, which cause dementia. The cost to the economy – from healthcare to lost working hours – is a staggering £26bn. Yet government funding for research remains just £82.5m per year, compared to £269m for cancer. Indeed, we can do little more for a person with Alzheimer’s today than we could when Dr Alzheimer first identified the disease in 1906.

I’ll never forget visiting local care homes as a young MP. Every time I went, it seemed a new floor or wing was being added to look after the increasing number of people slipping into this world of darkness. And yet many at the time seemed to assume this was simply an inevitable part of ageing.

That’s why I decided to make dementia one of my big focuses in politics: to address both the communications challenge of this assumed inevitability and the medical challenge around a lack of research and understanding.

In the years since, there has been progress. We doubled funding for dementia research in government. We put it at the heart of the global agenda when we hosted the G8 Dementia Summit. Most people accept now that it is not inevitable – and, crucially, share the belief that it must be halted.

But perhaps the biggest change to our world in the two decades since I became an MP has been in technology. Smartphones, watches, smart speakers – each of these everyday devices is a magic machine, not just in the convenience, connectivity and entertainment, it offers but also in the insight it gives us into our health, from counting how many steps we take each day, to assessing how long we’ve slept, how we speak and how we move.

Since leaving politics, I have several focuses, but two of the biggest are dementia and technology. And it was as President of the charity Alzheimer’s Research UK that I convened a roundtable with academics, tech companies and drug companies to discuss how technology like this – one which is already collecting data about our lives – could help us make breakthroughs possible.

We know that early diagnosis is crucial to understanding and treating these diseases. They can start 20 years before visible symptoms begin, yet by the time they’re diagnosed a great deal of damage has been done. And we know that subtle changes in a person’s brain and activity can indicate the early signs of diseases that cause dementia. The proposition behind that meeting was whether such subtle changes could be picked up by the sort of technology we use in our day-to-day lives.

All this has resulted in a new partnership with leading organisations in data science, clinical and neurodegenerative research: the Early Detection of Neurodegenerative diseases initiative, or EDoN. Funded initially by Alzheimer’s Research UK, the Iceland Foods Charitable Foundation and Bill Gates, the programme will see expert teams looking for patterns in a huge range of existing data – brain scans, memory tests, genomic information and blood tests – alongside new data gleaned from technology, including sleep, speech and gait. These patterns will, we hope, help us work out where to intervene, when and how.

Drug development is a big part of that intervention, and there is progress there, too. For example, the world is currently waiting to see whether the drug Aducanumab will go all the way to approval in the US. (This antibody, which latches onto and helps clear away one of the proteins which builds up in the brain in Alzheimer’s, is different to similar drugs that have been unsuccessfully trialled because it targets clumps of this amyloid protein.)

What we are striving for is what I like to think of as a “statin for the brain”, a treatment to delay or even stop the onset of dementia. That goes hand in hand with the greater insights technology will offer us.

Of course, there are things we can do ourselves to spot the signs of Alzheimer’s and other forms of dementia, which include memory loss that’s getting worse or interfering with everyday life, plus disorientation and mood or personality changes. Some types of dementia can also start with declining language abilities and movement problems. And there are things we can do to reduce our risk of developing dementia, whether that’s regular exercise or eating a healthy, balanced diet. Think “what’s good for the heart is good for the brain”.

Ultimately, it comes back to research. We all know how cruel this condition is. But we don’t know enough about why it develops. When we do, we can intervene. We can crack it the way we are cracking heart disease and cancer.

And this initiative is one of the greatest strides towards that yet.