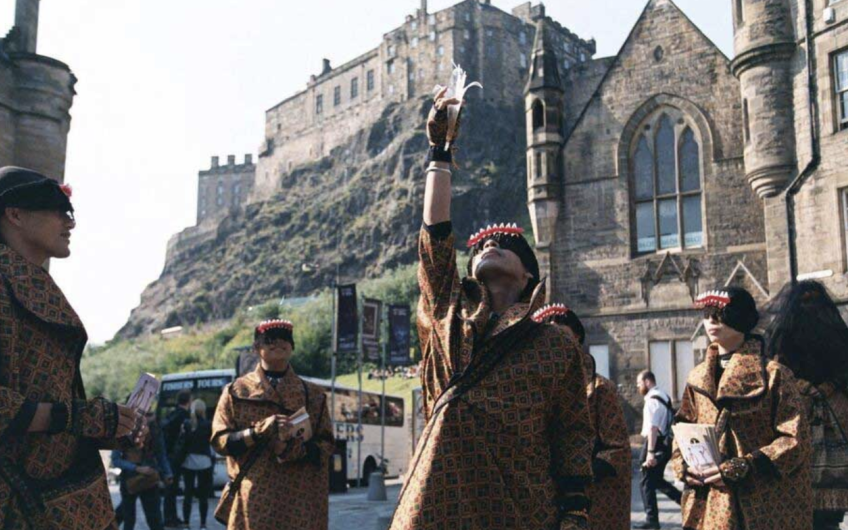 In the summer, I don’t go to the seaside. I go to a city. I’ve just been to four in four weeks. My trip to Paris coincided with a special day known as La Fête des Voisins. Neighbours, who may or may not know one another, get together at the end of the day for wine and cheese and pâté. It happens in blocks of flats, suburbs and villages across France. We should try something like it over here.

In Copenhagen, I discovered the city’s cathedral open at ten o’clock at night, silent, beautifully still and lit only by candles. It is part of Denmark’s ‘churches at night’ programme. We should definitely try something like it over here.

In Dublin, I went to a major exhibition of the gloriously colourful paintings of the German Expressionist Emil Nolde (1867-1956). I was bowled over by the pictures and then discovered that the artist was a Nazi sympathiser and anti-Semite. If Kevin Spacey is being removed from movies he’s made because of allegations of inappropriate sexual conduct, and Roseanne Barr has had her TV show cancelled because of apparently racist tweeting, should I be admiring Nolde’s paintings and should the National Gallery of Ireland be showing them?

Now I’m in Edinburgh, preparing for the opening of my new one-man show, which will be playing daily at 4.30pm throughout the four weeks of the Edinburgh Festival Fringe. My son, Benet Brandreth, has a solo Fringe show, too. He’s at a different venue (the Gilded Balloon), and in the morning. That’s the joy of the Fringe: more than 3,000 shows in more than 300 venues from 9am to 3am; most at knockdown prices, some absolutely free. For scope and variety (from stand-up to Shakespeare to puppeteers from Papua New Guinea), there is nothing comparable on Earth.

If you’ve not been, this is the year to go. It beats dozing in a deckchair. And if you’ve had enough of summer sunshine, I promise you: it always rains in Edinburgh in August.

I was lucky enough to know the great Ronnie Barker, and he generously gave me a short routine he had written which I’m boldly using for the first time in my Edinburgh show. He told me the BBC hadn’t allowed him to use it and he didn’t want it going to waste. He also told me his favourite joke – which, he explained, works best with a Scots accent.

‘I had kippers for breakfast.’