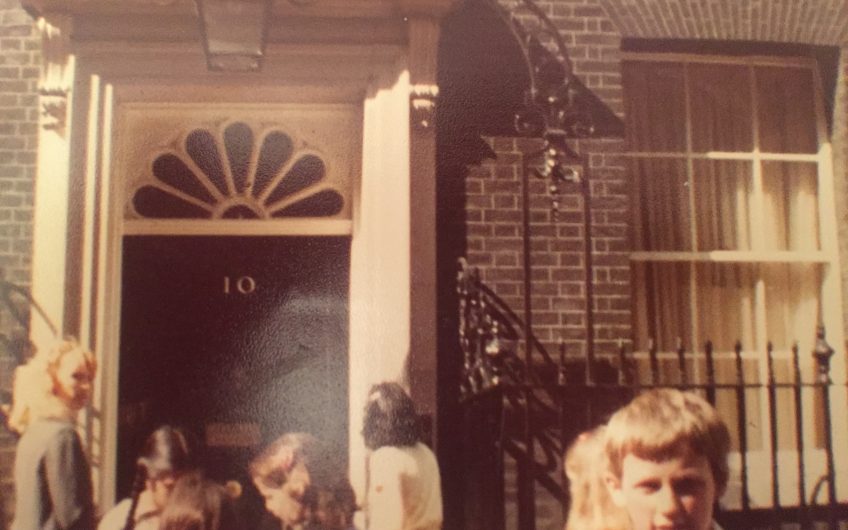 Of course, last week's attack by a murderous madman in Westminster had to lead to a security lockdown.

But it's strange to think quite how recently Westminster was fantastically open. Even in the middle of the IRA bombing campaigns of the 1970s and 1980s, you could walk up and down practically any street, with no security checks, no bollards and very few policemen. In the early 1980s, Downing Street had a policeman standing in Whitehall but there were no barriers and none of the security checks you now have to undergo.

The picture shows me (foreground, truncated head) on a school trip in 1983. Admittedly, my father did work in Downing Street. But, still, around twenty of us schoolchildren and our teacher strolled up the street after only the briefest chat with that policeman in Whitehall.

In Parliament, there was the same approach. I remember going to Prime Minister's Questions as a teenager in the late 1980s, when you could walk straight through St Stephen's entrance and just put your name on the list to sit in the gallery.

This openness has had to change, as it has across the world. And, no, it doesn't mean the terrorists have won. But there has been a price to pay – the end to that free-and-easy life in Westminster, which had continued for about 1,300 years, ever since St Peter's Abbey, the first incarnation of Westminster Abbey, was built on Thorney Island on the Thames in about AD 600.

On the night of last week's attack, I biked past the entrance where PC Keith Palmer was murdered, and the gate, quite rightly, was closed. Still, it had been the last open gate in Westminster.