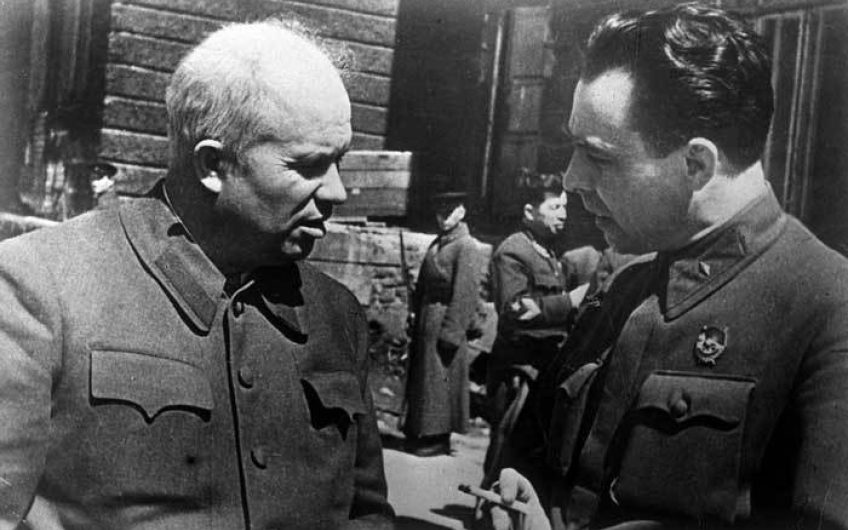 I met Nikita Sergeyevich Khrushchev several times in the early 1960s when I was the Moscow correspondent of Reuters. In those days you could get very close to the Soviet leaders and even chat to them. In fact, Khrushchev described the foreign press as his -sputniks.

Khrushchev was one of those roly-poly, stout little men and rather like the Monkey King in the Chinese fable. He popped up here, there and everywhere, hands waving, piggy eyes flickering and a little upturned nose poking into everything.

When he talked, and he did this a great deal, he leaned forward as if he were on tiptoes. He had an upturned nose, gold teeth and two warts. One was next to his nose on the left cheek. The other was under his right eye which made him instantly recognisable.

When I met him first, it was at the British trade fair in Moscow’s Sokolniki Park. It was an ambitious venture by British businessmen, backed by Harold Macmillan, to get a foot in the huge Soviet market. I asked him if it were true that the Soviet Union was interested in buying a complete factory from Britain to manufacture cars. He looked at me quizzically. ‘No,’ he said. ‘We know how to make cars. We have our own factories. Why should we need to buy one from you?’

I wouldn’t drop the subject, because Dunlop had arranged for a huge tyre factory to be built near Kiev, and said: ‘One reason is that it is widely accepted that Soviet cars are .... Well, simply not up to world standards.’ He had a grin on his face and said. ‘Maybe. But if it’s your own shit, it smells like raspberries.’

That is the way he talked – straight out, bluntly, indiscreetly and sometimes with a coarseness unequalled for a world leader. At a French embassy -reception I overheard him talking to women members of a Communist delegation from Paris. One of them commented to him on the fact that most Soviet women seemed to work hard as they did in those days and do many heavy jobs such as laying railway lines.

Khrushchev said: ‘Yes, that’s right. Don’t forget that our Soviet forces lost eight million dead. So Soviet women do work. And they do honest work.’ Then he added: ‘Not like women in France who, I am told, are all whores.’

He was capable of truly embarrassing miscalculations, the result of the many distortions of political life in the Soviet Union. To many of the Soviet intelligentsia he was rude, crude, vulgar and ignorant. But he had a sense of humour and he was a journalist’s dream.

The lavish receptions in the St George Hall in the Kremlin were a case in point. The barefoot shepherd boy had risen to head a whole nation and he wanted us to know that he was now undisputed master of the Kremlin.

Khrushchev and the Politburo would be behind a long table at one end of the massive hall. They got stuck into vodka, raising their voices, their faces flushed, a scene that never failed to remind me of the final chapter of George Orwell’s Animal Farm. One such occasion was the visit of Guinean president Sékou Touré and there were many speeches about peace and friendship. Foreign journalists, as ever, gathered in a small circle and we leafed through our notebooks.

Khrushchev cottoned on to what we were doing and he advanced stealthily like a Red Indian chief on the warpath until he emerged in our midst. Deadpan, he mimed writing in a notebook and said: ‘Well, comrades. What was the old bastard rambling on about. Come on give us a sentence or two, comrades.’

For some reason – a premonition, perhaps – Khrushchev arranged a huge New Year reception in the Kremlin. I went to wish him a happy New Year but also to give him a special tie designed by the British correspondents – it was dark blue with a golden motif of a Kremlin dome and a sickle crossed by a quill pen.

I gave the tie to Khrushchev and he held it up, studying the motif, and I asked: ‘Perhaps you will wear it at your next press conference?’

‘Of course ... of course,’ he said and thanked me. Later that year he was ousted. He disappeared into Trotsky’s dustbin of history, taking, I would like to think, our tie with him.

30 OLDIE CLASSICS FOR OUR 30TH BIRTHDAY! (26/30). Henry Lamb: the dazzling uncle who put me in the picture – Ferdinand Mount