What is a Karen? - Richard Godwin 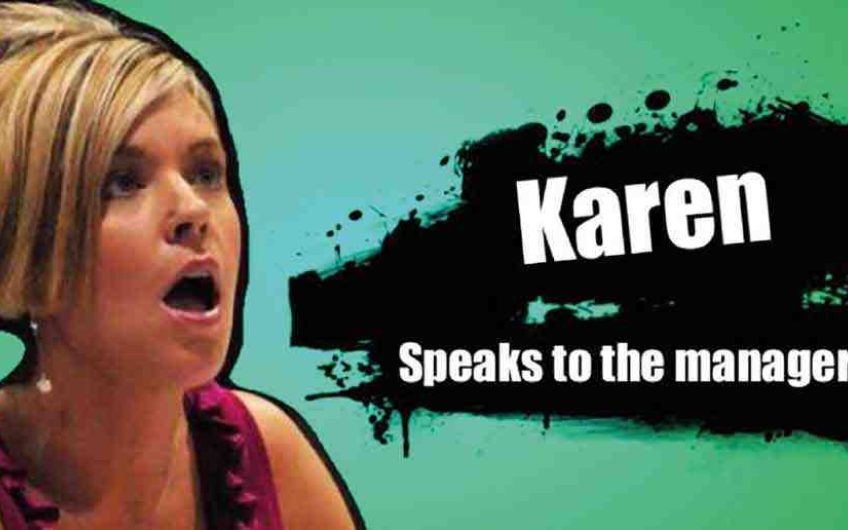 On Urban Dictionary, she is defined as an ‘annoying as hell’ 44-year-old mother of three, who drives a Volvo and is ‘currently at your workplace speaking to your manager’. Richard Godwin describes a Karen

A Karen is a white, middle-aged, usually American busybody who is extremely sure of her place in the world. A Karen is snobbish, prudish, pushy, entitled, reactionary and kind of racist – especially to service staff.

The term ‘Karen’ exploded in popularity on 25th May 2020. That was when a white woman, Amy Cooper, walking her dog in Central Park, came across a black man, Christian Cooper (no relation). He asked her if she wouldn’t mind putting the animal on a leash. He’s a birdwatcher; she was in an area known as the Ramble; there are numerous signs asking dog-walkers to keep their animals leashed here.

The woman’s response was to phone 911. ‘I’m gonna tell them there’s an African American man threatening my life!’ she tells the man and proceeds to do just that.

The incident – filmed by the birdwatcher with remarkable sang-froid – occurred on the same June day Minneapolis policeman Derek Chauvin murdered the black man George Floyd by kneeling on his neck for nine minutes.

Amy Cooper was fired from her job in insurance investment and then charged with filing a false claim. The birdwatcher’s sister posted the footage on Twitter and described the woman as a Karen.

For some time, the lovely name Karen developed a secondary meaning on the internet. The origins of the meme are obscure. Some trace it to Amanda Seyfried’s slow-off-the-mark character Karen Smith in the much-loved teen comedy Mean Girls (2004).

Others cite a routine by the comedian Dane Cook in which he plucked out the name Karen to denote the person in any friendship group whom everyone else secretly dislikes. ‘When she’s not around, you just look at each other and say, ‘God, Karen – she’s such a douchebag!’’

But Karen really took shape on the Reddit subforum r/f***youkaren – set up in 2017 by a teenage wag who was amused at the invective another Reddit user was unloading on his ex-wife Karen.

Over time, Karen took on a life of her own. She is a ‘soccer mom’ and an anti-vaxxer, and has a bobbed haircut known as ‘speak-to-the-manager hair’.

You might think of her as a character from an imaginary sitcom, produced by the internet’s ‘hive mind’.

Karen-baiters are now emboldened. If you search the term ‘Karen’ on TikTok (like Twitter but for short videos), you’ll find 1.8 billion videos tagged #Karen. Some are French-and-Saunders-type skits.

But an amazing amount of them involve a young man (usually white) leaning out of his car window and calling a middle-aged woman a bitch because she’s asked him to turn his music down. So a term that was largely used by African Americans to describe racism has become a vector for misogyny and ageism.

As with a lot of American tropes, it doesn’t quite translate to a British context. Here, you feel Karen would be called Susan, or maybe Fiona. Or why not Nigel or Steve?

‘It’s all a bit sexist and gross,’ says my friend Karen, who was named after her mum’s best friend and Karen Carpenter.

‘I hate the idea that white privilege and selfishness are attributed to women and women alone. Certainly, it’s an unfortunate year to be called Karen.’

The consolation of blossom