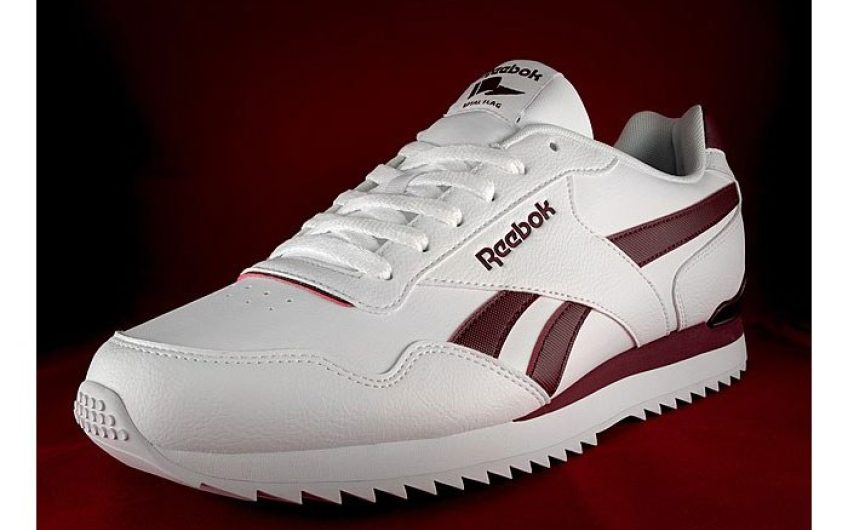 Marcus Berkmann details the dizzying world of the modern trainer

The recent rumour that the Queen now wears trainers is likely to have come as a shock to many of her subjects. It may well be that the Duke of Edinburgh habitually sports a baseball cap and shouts, ‘Yo, man! Gimme five!’ to everyone he meets, or that the Prince of Wales is very keen on Velcro, but these are not things we necessarily want to know.

This is why Edward Mirzoeff's superb film on the Queen's working life was so popular and highly praised. We feel comfortable with the everyday sight of her shaking hands with foreign dignitaries and smiling inanely at crowds. We do not feel so comfortable with the notion of her listening to MC Toothbrush's Greatest Raps on her digital Sports Walkman. If, as now seems likely, she is a secret devotee of hip- hop and techno-dance music, I think she should keep it to herself.

Nonetheless, the revelation has brought into focus the ubiquity of the training shoe in modern life. Twenty years ago, trainers were objects of derision, if not pity. Inelegant and dumpish, frowned upon by gym masters, and used for football only when your boots were in a state of savage disrepair, they were the shoe world’s last resort. To have been seen in public in trainers would have incited general condemnation, possibly even arrest.

But with such huge concerns as Nike, Reebok and Adidas leading the way, the trainer has emerged from obscurity to dominate the entire shoe market. Plimsolls have been rendered obsolete, and are unobtainable under any circumstances, having been removed from all shops by the Fashion Police. Even normal shoes seem relatively hard to come by.

Now everyone wears trainers — athletes, children, yuppies, sad businessmen who have been told by their doctors to take some exercise or suffer the consequences, teenagers, tourists, European backpackers with wispy beards, trendies, non-trendies, marketing men on their way to the squash court, students, tramps and, of course, reigning monarchs. Only Lord Hailsham is so far rumoured to have held out.

But why? Most people, when asked, look sheepish and mutter something about comfort — and trainers are, by and large, profoundly comfortable. Put on a new pair of brogues, and you’ll spend a fortnight hobbling about, each foot a pitiful mass of suppurating blisters. Trainers require no such running-in period.

But can comfort be the entire explanation? If we dressed purely for comfort, no one would ever wear a suit or a tie, or indeed anything that wasn’t two sizes too large. The City would be full of men in baggy cardigans and gardening trousers.

No, trainers are worn because they represent the two most sought-after commodities in modern life, youth and fitness. Youth, because in normal circumstances only teenage boys would willingly be seen in anything with luminescent green stripes. And fitness because the prevailing fear of death demands that we should all be able to run 100 metres in 12.5 seconds, whether or not we’re trying to hail a cab.

All of this has much encouraged joggers, marathon runners and similar lunatics who actually wear trainers for a purpose. These days their customary ^expressions of rapt self-adoration are even 5 more sanctimonious than before, as they < wheeze and croak along the pavement. As | a result, trainers are not just big business S— they inspire an entire culture. Aficionados talk sagely of heel counters, torsion controls, rebound compounds and 3-Density C-Caps. Even hi-fi bores seem lively company by comparison.

Normal punters, of course, aren’t too interested in any of this: they just want to buy something that will clash horribly with their shell-suits. Happily, there is an enormous choice to be had. Or at least what seems like choice at first glance. For although there are now many thousands of different trainer designs available in shops, all of them slavishly adhere to the totalitarian laws of trainer fashion. Colour, for instance. Any colour is acceptable for trainers, as long as it is dayglo and accompanied by at least one other colour of equally radioactive ferocity.

Similarly, only excessively long tongues are allowed, having long since attained the status of phallic symbol. Some tongues flap harmlessly over the foot; others drag along the street behind. Long laces reinforce the whole image: even with the 43 lace-holes on each side of the shoe, trainer laces can be so generous that they have to be tied a number of times around the bottom of the shoe. With a really trendy pair of trainers, there are so many extra bits flapping about that it’s virtually impossible to walk more than 50 yards without tripping over. This is bad news if you are trying to run away from someone who wants to steal your trainers. For in certain louche urban districts marauding gangs of trainer thieves roam the streets, and woe betide you if you’re wearing a pair that catches their eye. In America people have been shot for their trainers. Surely there can be no better reason for eschewing the things altogether. The Campaign for Real Plimsolls starts here.