What is it really like to run a pub? 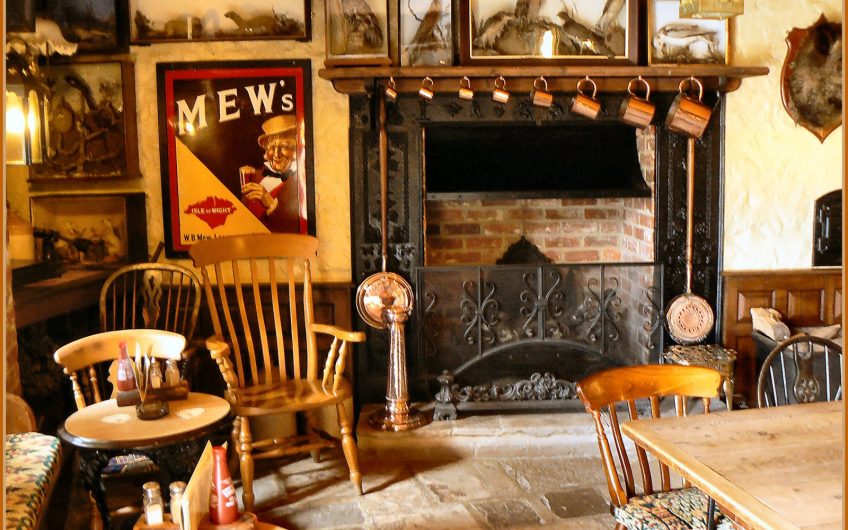 Ever fancied owning a pub? I did and what an education it turned out to be. My wife and I took over a village pub without any experience and over the years I had many happy, interesting and amusing times.

The first shock to the system are the hours. If you think nine to five is a long day wait till you’ve got a pub. As we did accommodation as well, some residents might want breakfast at 7.00am which meant a 6.30 start and when you’ve probably not locked up until midnight, it’s a short night.

My wife was in charge of the kitchen with no commercial experience and was also dropped in the deep end but much to her credit we soon made it into The Good Pub Guide, The A.A. Guide, The Which Guide to Country Pubs and The Michelin Pub Guide and they brought in a lot of extra custom. But customers and regulars create the ‘bonhomie’ and atmosphere of a local and we had many to choose from including my own gardener. The pub had a very large garden and we created an excellent pub garden safe for children with tables, umbrellas and a mini playground with swings,slides, see saw and sand pit.

Our Irish gardener was responsible for keeping it smart. Being Irish he was also a good customer and he was naturally called Paddy.

On one occasion I said “Paddy can you sort out the lawn at the front of the pub” as it was badly worn. He tried seeding it but it didn’t have a chance to grow so I said to him “can you cut some turf from the bottom edge of the lawn at the rear” which he agreed was a good idea and relay it at the front. On the day in question he was out the front relaying the turf and as the regulars were coming in there were cries of “green side up Paddy” much to everyone’s amusement but he did an excellent job. It was only next day when I had to rollock him as he had not cut the turf from the bottom of the lawn as instructed but from the middle.

His reply was “it’ll grow again!”

On another occasion he came into the bar looking very sheepish “your missus has just give me a right bollocking!”

Apparently, he thought he would clear up an area of weeds which turned out to be her prized herb garden. He meant well.

Paddy was a hard worker and whenever I had an out side bar, he would always help me load the van with the barrels and glasses and set up at the venue. On every occasion before we set off I would run through a check list to make sure I’d got everything and Paddy would always remind me with “Have you got the rum”! Owning a pub was more a way of life .But I look back with pleasant memories of so many friendly and amusing times which probably make up for the long hours.

As I said earlier, characters make a pub and we certainly had our quota of the Petes. We had so many Petes all their names had an added monica. There was Arctic Pete who had worked there for an oil company, Pete the print which is obvious, Pete the bank,deaf Pete and millionaire Pete who was not exactly honest to say the least. On one occasion he claimed his office had pinched his car with the spare key for a joke. Not so: It had been repossessed.

Another time a fellow landlord rang me asking for his whereabouts as he`d nicked some cash from the till when he was working for him. I pointed him in the right direction as to where he was now working which was another pub. He took £70 cash from his new employer’s till and handed it over. On another occasion he asked me if I could hide his girlfriend’s Christmas present ( a car) at the back of the pub till Christmas morning. He duly collected it on the day, but she must have been disappointed as it was re-possessed a few days later.

Gladys was another character who liked a drink and it frequently got the better of her and various people would have to take her home. She was very well spoken, well read and educated and in her late seventies and on one occasion I took her home holding her arm as she staggered to her front door. I managed to open the door and tried to find the light switch and take her to her bedroom where I laid her on her bed fully clothed and covered her up. Making sure she was ok I enquired “What about the cat” to which she replied in her plummy voice “f . . .k the cat” To illustrate her eccentricity she went to London on her own. She had a small fridge in the hotel room and had a bath with all the miniatures around her and drank the lot. She thought they were complimentary and was shocked when she got her bill the next morning.

When you’ve got a pub you can never sit down and say I’ve got nothing to do. Even with cleaners and a gardener there’s bottling up, cleaning pipes, machines to empty ,endless paperwork and I seem to remember we had three children to bring up. However success gave us a reasonable standard of living as the children had a private education and we had some nice holidays although only for a week at a time.

Odd things happen in pubs and we were no exception. On one occasion a lady was acting very strangely In the bar and started taking her clothes off. I said the ladies loo if you want to get changed. She went there. And then came back removed her pants at the front door and relieved herself outside the front door.

She obviously had a problem so I called the police who arrived and they knew from “previous” as they call it, and they didn’t seem very bothered even though she kicked the police car .By now it was 3.00 o’clock so I closed the pub and watched her outside hitch hiking. A car pulled up and she got in and left however I made a note of the car number. The next day the police rang me to see if I knew what had happened to her as she was classed as missing. I explained that I had seen her get in a car and gave them the number. As a result they went to interview the owner of the vehicle who denied all knowledge. His wife was present so he didn’t want to admit it, but they arrested him and held him until she was found, which was about two days later.

A lesson there chaps!