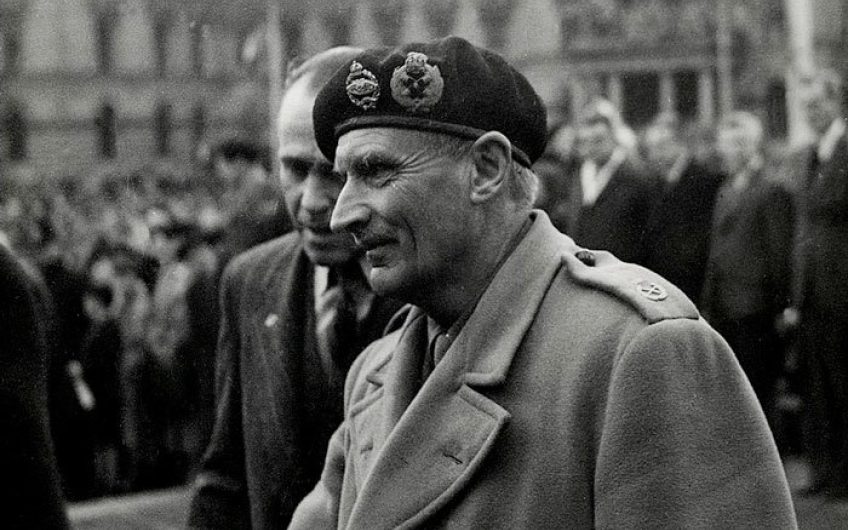 This week we welcomed Giles Milton, Robert Hutton and Christopher Howse to our May Literary Lunch.

The guests were in high spirits as the lunch kicked off with Barry Cryer’s routine parrot ritual. The uproarious response to this fine joke couldn’t have been further from the falling faces of the crowd at Barry’s next: he announced a three-day Brexit deal debate to take place immediately after the lunch.

First to speak was Christopher Howse, who spoke about his book Soho in the Eighties. The book is a study of the shouty drunken world of old Soho, which ended in 1992 with the death of Francis Bacon, Howse said.

Howse mentioned his first encounter with Norman Balon, London’s rudest landlord, of the Coach & Horses on Greek Street. On complaining about a defective pint, Howse was told by the heron-like creature, with bulging pockets behind the bar, that, ‘If you don’t like it, you can f*** off!’ Which he promptly did.

Along with Balon, he noted his friendship with that devotee of self-destruction Jeffrey Bernard, who had, among other things, a tendency to shake in the morning, a condition he called a ‘benign tremor’.

The lasting impression was one of the tragicomedy of the whole affair: the conversation pubs, the shouty discussions and the death of the sociable pub.

With the 75th anniversary of D-Day fast approaching, we were very happy to welcome Giles Milton, who has written D-Day: A Soldiers’ Story, to speak about one of the many soldiers who played his part a few days before the real event, George Lane. Or Gyorgy Lanyi as was. He was a Hungarian Jew who had fled Hungary and joined the British commandos.

On the 17th May of 1944, Lane was sent on a mission of derring-do. The army were concerned about a trigger mine that the Germans had developed. If stood on, it would trigger other mines around it. Lane’s task was to whizz across the channel in a motor-torpedo boat and then pick up, or photograph, one of these mines.

Lane whizzes across the Channel, paddles from his boat to the beach and takes a picture. Flash. But the guards spotted him and he was picked up. He spent 24 hours in a lock-up, assuming he would be shot, as per Hitler’s commando order. But he wasn’t. He was driven to an incredibly opulent chateau, where he was to meet Field Marshal Rommel.

Midway through his interrogation, Rommel asks Lane, ‘How is my friend Montgomery?’ To which Lane replies, ‘Unfortunately, I don’t know him, but he’s busy preparing the invasion, so you’ll see him fairly soon.’

Last to talk was Robert Hutton, who spoke about a much-under-appreciated character of MI5’s war effort: Agent Jack King.

During the Second World War, Agent Jack (real name: Eric Roberts) ran a hoax spy-ring of Nazi-sympathisers. The aim was to identify whether there was a realistic chance of a fifth columnist uprising in Britain.

The twenty or so agents were exemplified by Nancy Brown a typical twenty-something council worker who lived in Brighton. At one of their meetings, Nancy Brown spoke gleefully about the bombings and casualties to Roberts. For this reason, MI5 kept it all secret, not even telling Churchill.

The cover up was so total that some of the Nazi-sympathisers actually received Nazi medals from MI5. And each of them went to their graves thinking that they had been spying for Hitler during the war.

Hutton also mentioned a lunch he had with one of the sons of the not-quite-spies. On hearing about his father’s espionage, the son, struggling to reconcile the story of his father, remarked that it did explain his father’s Nazi medal. He had found it going through his father’s things after his death, when his mother, who knew how her husband had got his medal, had said that it was his grandfather’s for working on the Austrian railroad. It now hangs on the wall in the son’s lavatory.

Another marvellous lunch was put on by the Simpson’s team and made possible by Noble Caledonia, the leading lights of small-ship cruising.