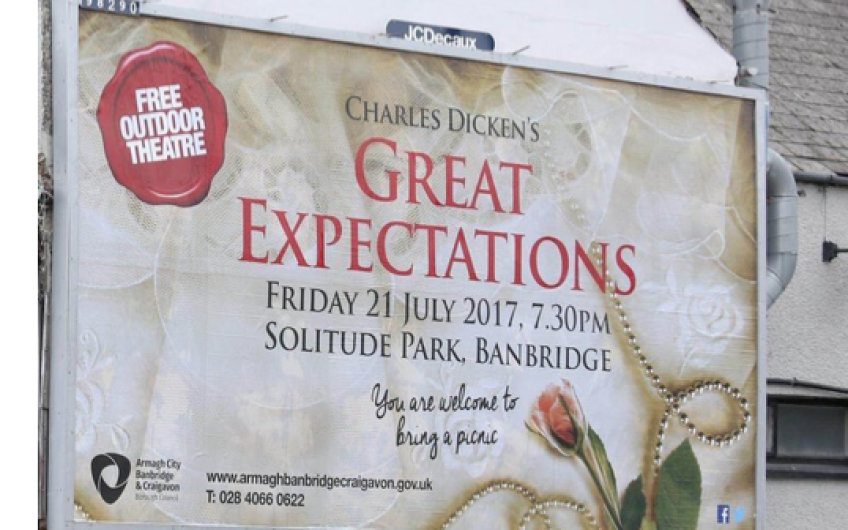 Two and a half cheers for Armagh, Banbridge and Craigavon District Council in Ulster.

After they spotted this disastrous, misplaced apostrophe in their posters – advertising a performance of Dickens’s Great Expectations – they spent £1,252 on correcting the error, changing Dicken's to Dickens'. Silly of them to make the mistake in the first place; admirable of them to see the error of their ways, and remedy it.

I, in fact, prefer Dickens’s to Dickens’ – as in St James’s, the smart area in central London. But, still, Dickens’ is perfectly acceptable, while Dicken’s is an outrage against the English language.

Whenever the anti-punctuation brigade attack pedants like me, they say people can understand the meaning of potato’s and carrot’s on the market stall – so why worry about apostrophes?

Well, the Dicken’s incident shows why these things matter. The great writer was called Dickens – not Dicken, as Dicken’s would imply. And do people really not care if we spell the name of one of our greatest writers wrongly?

Punctuation is the way we produce a precise, written manifestation of our thoughts. Why would you wilfully not want to deploy a device, like an apostrophe, that reflects the precision of our thoughts in our written sentences?