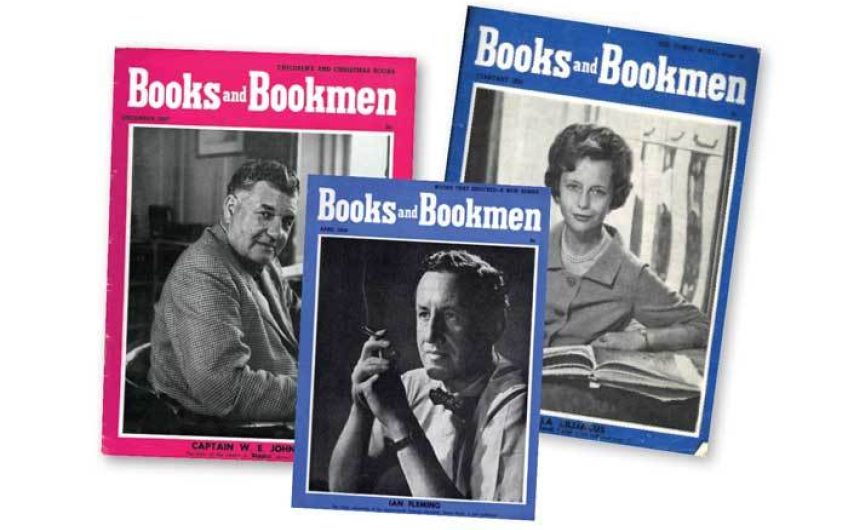 Ask a reader today what they understand by ‘books and bookmen’ and they’ll probably refer you to the snide column in Private Eye. But once upon a time that title belonged to a remarkable little magazine. I say ‘little’ because its circulation was known only to God, the printer and its owner, a reclusive homosexual called Philip Dossé, who started life on the old Greyhound Express. But it was not little in other respects, running to almost 200 pages a month at its peak in the 1970s. Mr Dossé may have been shy in person – he would pretend to be an underling if someone he didn’t know turned up at the magazine and asked for him – but he was brazen about soliciting contributors. Consequently, you never knew who you might find there. In November 1976, for instance, the masthead listed Prince Charles, Terry Eagleton, Lady Diana Mosley, Melvyn Bragg, J K Galbraith, Lord Boothby, Tariq Ali and Hans Eysenck. Among other regulars were Enoch Powell, Richard Crossman, Paul Foot, A L Rowse, Cecil King, Jonathan Meades, Sir Harold Acton, Colin Wilson and Richard Ingrams.

But the jewel in Books and Bookmen’s crown was Auberon Waugh, who was given carte blanche to display his talent to abuse. I think Bron once expressed ‘mild surprise’ that no one had tried to bump him off. You have only to trawl through back numbers of B&B to see why. Who else would have dared to describe Lady Diana Cooper, the pin-up of doomed young nobs in the Great War, as a ‘cockteaser’ (an epithet Bron’s besotted – and unsatisfied – father would surely have endorsed). I don’t think Lady Diana herself ever wrote for B&B, but some of Bron’s other victims certainly did. I recall seeing a letter to the editor from Peter Quennell, saying he could no longer appear beside ‘that bloodthirsty stoat Auberon Waugh’; but a few months later there he was, bedding down again with Bron.

It wasn’t the money that attracted people like Quennell. Except for Bron, contributors were paid peanuts (and sometimes asked to sit on their cheques for a bit). But in return they could say pretty much what they liked, at whatever length they liked, a massive incentive for a dictator manqué like King or a consummate egotist like Rowse. This could have been a licence for bores to bore but Rowse, King and the rest were usually entertaining. Only occasionally was there a piece that failed what Cyril Connolly called ‘the dinner party test’. It was my misfortune, in my first – and only – week as editor, to encounter one of these.

Editing B&B was not a job I applied for and I don’t know for sure how I came to be in the frame. I’d written for them once or twice, but my editorial credentials were slim. I’d just spent a year editing Book Addict, an impudent little rag, available free of charge in bookshops, which subsisted on the willingness of publishers to advertise in its pages. Some did, most didn’t and that, in the end, was that. But while it lasted I acquired a taste for book launches and a dangerous dependence upon review copies, which could be flogged for half their price in cash at Gaston’s, the library suppliers in Chancery Lane. So although my predecessor at B&B, Frank Granville Barker, cautioned that my stipend would be small and my authority very limited – Mr Dossé called the shots – I accepted.

At that time B&B was run from one room in a large, tatty basement flat in Artillery Mansions, off Victoria Street, the other rooms being occupied by Mr Dossé himself, whom I had yet to meet, and B&B’s six stablemates, Films and Filming, Plays and Players, etc, etc. I had two assistants, an anonymous young man and an elderly lady called Cis Amaral, a retired civil servant, who looked like one of the witches in Macbeth and warbled like a dowager. I dare say she didn’t think much of me, either. But even if we had got on there would have been precious little time for gossip or pleasantries. The table around which we sat was covered with raw copy and galleys, all of which had to be read and marked. Belatedly I realised that I had signed up for a treadmill.

After three or four days of drudgery my patience wore thin, so when I began reading a review that made no sense at all something snapped. It was by Thomas Balogh, a Hungarian crony of Harold Wilson’s, and dealt with economic theory. With what now seems like breathtaking cheek – since I knew little about economics – I did my best to make it intelligible. When Miss Amaral saw what a mess I’d made of the galley, she grabbed it and scurried off into Mr Dossé’s office. Eventually I was summoned there as well; and while I have no clear picture of Dossé himself, I remember his opening salvo: ‘She won’t work with you!’ So ended my editorship. Miss Amaral took over, the puzzle being why she had not been offered the job in the first place, since she was far better suited to the treadmill than me.

In time, Amaral made way for the young novelist Sally Emerson, who recruited new talent like Christopher Hitchens. Then in September 1980, as the 25th anniversary edition went to press, the news broke that Mr Dossé was broke, owing more than £250,000 to his printers. A day or two later, aged 56, he gassed himself in the Notting Hill flat he shared with his mother. It then transpired that much of his time had been spent writing sycophantic letters to his star contributors; Bron Waugh claimed to have received ten in the course of one week. Yet when his old pal Godfrey Winn died suddenly he was heard to say, ‘I hope that review he owed us is in the post.’ What was never in the post was a cheque from the Arts Council. Whatever else B&B may have been, it was not a charity case.