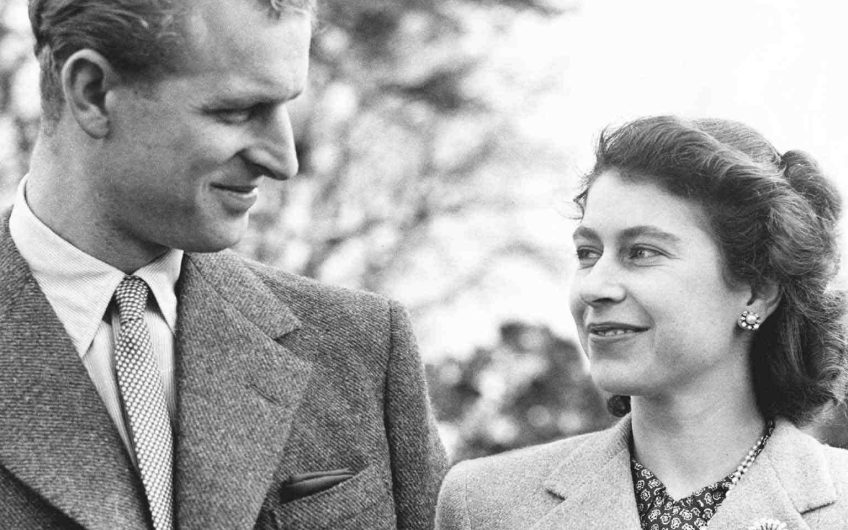 The royal we: on honeymoon in 1947, Broadlands, Hampshire
View Full Size
1
of 1

A tribute to Prince Phillip by the Royal Family is to be shown on the BBC on September 22. Man of action, champion of science, painter and jewellery designer... Prince Philip defied pigeonholing, says Robert Hardman

He used to call it ‘breaking the ice’. It was his way of warming up a stiff formal situation. However, as the Duke of Edinburgh himself was the first to acknowledge, those who break the ice also run the risk of falling through it.

Though he himself would do so on a few celebrated occasions – when a jolly throwaway line suddenly found itself in the headlines – his was actually a life spent breaking the mould instead.

After four decades of public duties, the late Duke of Gloucester once remarked that if he ever got round to writing an autobiography, he would call it Forty years of Boredom. The Duke of Edinburgh might have called his own What Next?

A day was never, ever dull in the company of the Duke of Edinburgh, as the legion of devoted staff who worked for him over seven decades would testify. So, too, would those of us who would report on his endeavours in any field, be they sporting or diplomatic or charitable or (as was most often the case) in support of the Queen.

On one state visit to South Africa, I attended a reception where the Duke was working the room and had found himself among a cluster of scientists. For some reason, the discussion had turned to the reluctance of captive pandas to breed. One guest argued that pandas were simply shy and lazy. Another maintained that a panda in a zoo becomes too attached to its keeper.

Absorbing the meanderings of the debate, the President Emeritus of the World Wide Fund for Nature brought the discussion to a close by observing: ‘Well, then, the logical solution would be to dress one of the pandas up as a zookeeper so that the other one fancies it.’ No doubt, the comment might have been construed as another ‘gaffe’ if anyone had taken the slightest offence. But everyone present was guffawing.

That we are living through one of the great reigns in the history of the British monarchy is, to a considerable degree, thanks to a man who was a royal consort for three times longer than his own great-great grandfather, Prince Albert, the Prince Consort.

The November 1947 wedding of Princess Elizabeth to Lieutenant Philip Mountbatten – the exiled grandson of an assassinated King of Greece – would lead to what has been the longest-lasting marriage in British royal history.

Not that Prince Philip liked comparisons. ‘He resisted the idea of being declared Prince Consort because he did not want it thought he was modelling himself on Prince Albert,’ one former Private Secretary told me. The Queen, for her part, was very happy for her husband to be for ever known as the Duke of Edinburgh.

She has always regarded her brief spell as HRH The Duchess of Edinburgh – from her wedding day to the death of her father in February 1952 – as one of the very happiest periods of her life.

Yet, the parallels with Albert were numerous. Each was a champion of science and a man of action, entwined in a genuine love match with a Queen regnant while also having to overcome the institutional xenophobia of the British establishment.

‘They were absolutely bloody to him,’ recalled the Duke’s old friend Lord Brabourne, married to his cousin, Countess Mountbatten. ‘They patronised him. They treated him as an outsider.’

Whereas female consorts of a reigning king have always had clearly defined roles within the Royal Household, there are no such rules for husbands of reigning queens. At the very start of her reign, the Queen put the 31-year-old Duke in charge of the private royal estates at Sandringham and Balmoral.

She also deferred to him when it came to everything involving the education of their children.

But the Duke found that any attempt to involve himself in the running of the royal machine was strictly off-limits. Even his review of the arrangements for Palace footmen was ignored, at which point he decided to pursue his own programmes. Still, he found himself up against what his team called ‘the men with moustaches’.

In the early days of his Duke of Edinburgh Award, he encountered a whispering campaign that he was trying to destroy the Boy Scouts. He ploughed on regardless and, today, the ‘D of E’ award is one of the most admired youth award programmes on earth, having helped millions of young people in 144 countries.

The Duke also threw himself into organisations covering everything from road safety to playing fields. In 1961, he was one of the founders of a new type of global campaigning platform, the World Wildlife Fund (WWF), paving the way for the likes of Greenpeace and Friends of the Earth.

As the reign progressed, however, the Palace old guard gradually gave way to courtiers of a similar age and mindset to the Duke. If the early years had been a testing time, he found a happy modus vivendi as he entered middle age. He could see that the new medium of television was going to become an inescapable part of modern life. Not only was he the first member of the family to be interviewed onscreen but he was the driving force behind the BBC’s landmark 1969 film Royal Family.

He defied pigeonholing, constantly frustrating those who sought to portray him as a ‘type’.

He had never made it to university – not for any want of academic ability but because of the Second World War – yet he spent decades as an energetic and popular chancellor of several universities (including Cambridge, an honour he shared with Prince Albert).

He adored sport but, when his playing days were over, he disliked being a spectator. Rather, he’d seek a new sport instead: having grown too old for polo, he not only embraced carriage driving but then wrote its international rulebook.

In public, the Duke might seem devoid of sentimentality, yet he developed a keen eye as a painter (oils rather than the watercolours favoured by his eldest son) and even turned his hand to jewellery design. In later life, the inquest into the death of Diana,

Princess of Wales, would reveal him to have been a tender and considerate paterfamilias during the breakdown of her marriage.

Though the Duke had been a rising star in the Royal Navy – he was one of the youngest of his generation to command a warship – he was equally devoted to his honorary Army and Royal Air Force units. In 2006, at the age of 85, he even flew out to join one of his regiments, the Queen’s Royal Hussars, on active service in Iraq.

He loved innovation, installing the first computer at the Palace and some of the first solar panels ever seen in the UK, at Wood Farm, Sandringham.

It was there that he also planted a truffle farm and designed a towable barbecue-cum-picnic contraption for family outings. At Windsor, where he was the longest-serving Ranger of the Great Park in its 1,000-year history, he recently installed a vineyard which now produces sparkling wine of such good quality that it is served at state banquets.

Drive through the Great Park and you will speed limit signs saying ‘38 mph’. I once asked him why he had not put up signs for, say, 40 mph? ‘You see!’ He replied triumphantly. ‘You noticed them!’

And, after Windsor Castle burned down in 1992, it was the Duke who supervised the entire five-year restoration programme, leaving the family seat not merely restored but greatly enhanced.

Those who came to know this shrewd, witty, restless, questing soul could be exasperated by some of the lazy media portraits of him. A discreet group of admirers even nominated him for the Nobel Prize, in recognition of his work with conservation, the Commonwealth and the welfare of young people. And who would argue that his contribution to the greater good has been any less than that of, say, Al Gore or Henry Kissinger?

Few would call him bookish, yet he was a voracious reader, never leaving home without a book to fill his spare moments. I have often thought that the best insight into ‘the real Duke’ is to look at his library.

In the north wing of Buckingham Palace stands his collection of more than 13,000 books, spanning almost every subject and genre – from heavy science to cookery books and Bob Dylan’s Drawn Blank Series. There is just one notable omission. The Duke did not like fiction. Within the gilded confines of the royal bubble, perhaps it was reality that offered the best form of escape.