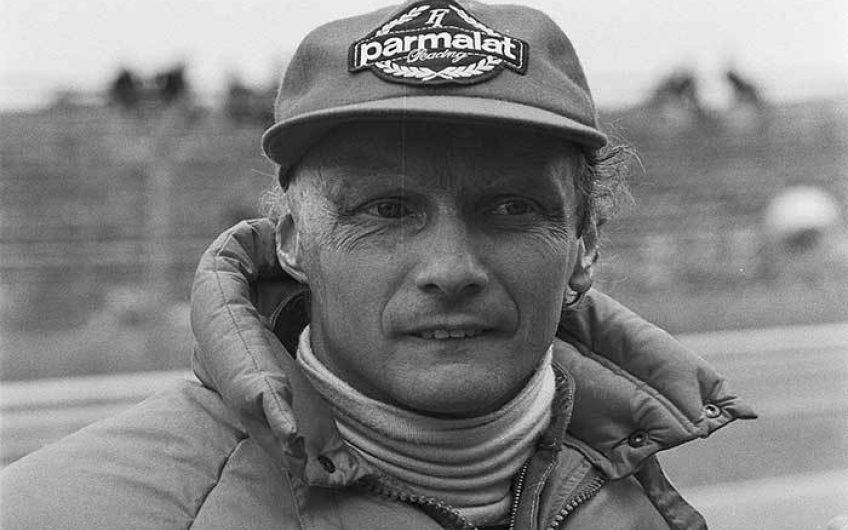 Interesting that coverage of Niki Lauda’s sad death should focus mainly on his successful return to World Championship-winning form following his dramatic accident in the 1976 German Grand Prix, from which he emerged with third degree burns. Quite right too: getting back into one of those F1 death-traps after being almost fried alive took more than determination, more than will-to-win ambition. It took real courage.

When I heard about his death I happened to be reading The Anatomy of Courage by Lord Moran, Churchill’s physician. Moran served over two years in the trenches during the First World War and his observations, though dated in expression, resonate like Big Ben with the profound truth of experience. When you have survived relentless, high-explosive bombardment and months of stress and strain and seemingly unending privation, and when you have observed the effects on strong and frail alike, you speak with authority and deserve to be heard. Thus, Moran writes:

Courage is a moral quality; it is not a chance gift of nature like an aptitude for games. It is a cold choice between two alternatives, the fixed resolve not to quit; an act of renunciation which must be made not once but many times by the power of the will. Courage is will power.

Note there’s nothing here about feelings or fear; those are taken for granted. Lauda did not pretend he didn’t have them, though he admitted in his autobiography, Hell And Back, that he had pretended it was easier than it was: I said then and later that I had conquered my fear quickly and cleanly. That was a lie…..At Monza, I was rigid with fear.

Monza was the 1977 Italian Grand Prix, just forty days after Lauda had been given the last rites in hospital as a burnt wreck, scarred, with most of his right ear missing and his lungs permanently damaged by hot toxic gases. When he finished at Monza his fireproof balaclava was soaked in blood that had seeped through his bandages, his wounds opened by the tremendous lateral g-force imposed by a Formula 1 racing car. What it took to squeeze back into that coffin-like cockpit only he knew, and we can only imagine.

I have never driven F1 and am naturally a sedate driver but I have driven fast cars on racing circuits, including the Nurburgring where Lauda crashed. I have been in two-seaters with drivers who are seriously fast and, being interested in how to drive fast even though I don’t, have seen enough to know that anyone competing in F1, including the tail-enders we never hear of, is in a different league. David Beckham used to play football; so did I – but there the comparison ends. Most of us everyday drivers couldn’t live with those people on those circuits; we’d be off at the first bend. When Lauda won his three world championships – 1975, 1977 and 1984 – it was even hairier than now because the circuits were more dangerous. Before that fateful race, Lauda had complained that the 14-mile Nurburgring meant that the emergency services were too stretched to react quickly. The cars were much more combustible and drivers were killed pretty well every year.

I had expected that coverage of Lauda’s death would focus more than it did on his rivalry with James Hunt for the 1976 world championship, as dramatized in the 2013 film, Rush. That was a good film but misleading in that it portrayed the two drivers as being at personal loggerheads, whereas in fact they got on well and shared a mischievous humour. I’m quite sure that if Hunt had been alive now he’d have led the tributes to his old rival and friend and he’d have made us appreciate what it took to clamber back into one of those cockpits and pull on the balaclava over the bandages. An awful lot of will-power is what it took and that, as Lord Moran said, is courage.