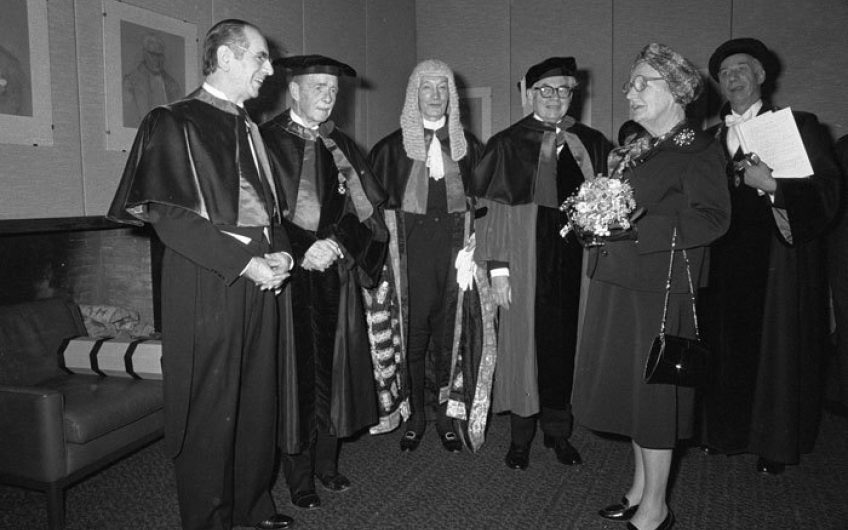 By the early 1990s Lord Denning had retired, but he was attracting attention by taking up unusual legal causes from the famous library in his house at Whitchurch in Hampshire.

By then, I had developed a practice defending my fellow solicitors against claims brought by their disgruntled clients. Often those claims were justified – sometimes not. My instructions used to come from a Lloyd’s insurance syndicate.

One day my phone rang: ‘David, please go to your fax machine and wait. A claim of some delicacy has come in and we need you to deal with it personally and tactfully.’

My day started to look more interesting. What chugged out of the fax was a writ issued against a firm of solicitors by Lord Denning personally. He accused them of negligence. (I learned later that the Royal Courts of Justice had been troubled whether or not they could take Lord Denning’s cheque for the fee, as litigants in person were usually required to pay court fees in cash. The question went all the way to the Lord Chief Justice, who ruled that they could accept it.)

I spoke to the underwriters. They wanted no fuss, just a quick and tidy settlement. I looked through the writ and spoke to the solicitors who were the target. It soon became clear to me that Lord Denning had simply got it wrong. The claim was bound to fail. I faced the prospect of appearing before a High Court Master with Lord Denning as my opponent to argue that the great man had got the law wrong. This was not going to be tactful and quick. I thought it better if we tried to talk His Lordship out of it before anyone got embarrassed.

I wrote to Lord Denning outlining my views and suggesting a discussion. He replied quickly and politely with an invitation to meet him at Whitchurch. I asked the senior underwriter to come with me. I needed some moral support and we might have to make some decisions on the spot. Besides, I thought a bit of flattery might help.

I hoped we would meet Lord Denning in his library, but we met round his kitchen table. His clerk was with him.

‘So, Mr Higham, you think my claim is wrong in law?’ The gentle Hampshire burr did nothing to disguise the steel in his voice.

I have seldom before or since honed a legal submission so carefully. His gaze never left me as I set out my argument briefly. I came to the end.

There was no answer. Lord Denning continued to look at me. The colour rose from his neck to his cheeks. I thought my argument had simply angered him and it was all going very wrong.

At last he said calmly: ‘Well Mr Higham, you have obviously done your research thoroughly. What do you think we should do?’

‘Shall we just drop the claim and forget all about it?’ I suggested.

He looked at his clerk who nodded.

‘Yes, I think so,’ agreed my legal hero.

On the way out, Lady Denning touched my arm: ‘I do wish he would stop all this,’ she whispered.

It's all over! The joy of the end of the War