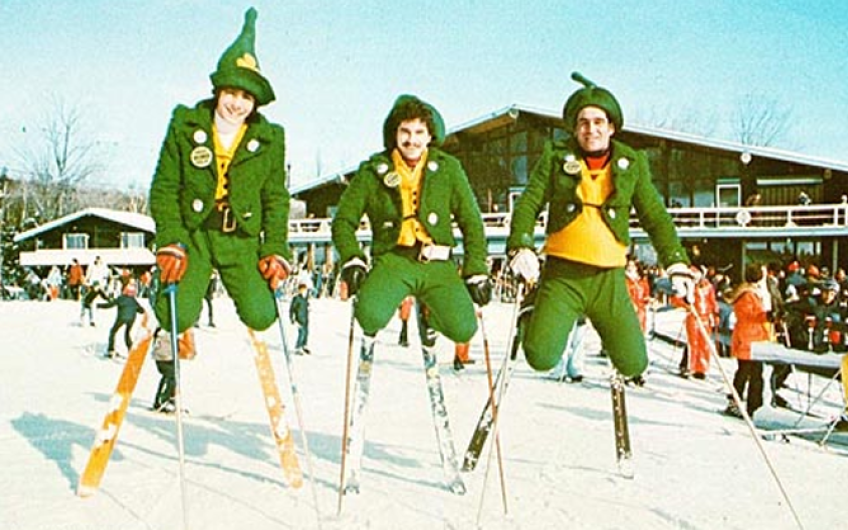 I have just returned from a few days sliding down an Italian Alp. To call what I did skiing is to dignify what was largely a process of sustained falling over. And that was before I got to the bar.

As it happened, Sauze d’Oulx, the resort I went to, has plenty of bars, where courage can be fortified and bruises anaesthetised. These days, the picturesque mountaintop village is a favoured destination of the monied Italian. But once it was the place the long-defunct travel company Club 18-30 set up camp. Though the interior design might have been improved and the prices raised, there are bars still scattered all over the mountains, boozy stopovers with huge sun terraces where they serve you sufficient drink to make subsequent downhill passage significantly easier.

What I hadn’t realised before I headed there last week is the extent to which St Patrick has become the universal patron saint of booze. I knew the old snake chaser held sway in Ireland, at Cheltenham during the Festival, and in Chicago. But in Sauze, in the midst of the glorious Italian Alps, it came as something of a shock to discover they didn’t just mark St Patrick’s Day; they had St Patrick’s weekend, a 48-hour Irish-themed boozathon. Nor was it just happening in Paddy McGinty’s Irish bar in the centre of the village. (Everywhere you go, there’s always an Irish bar; as the comedian Andrew Maxwell points out, while the English went round the world establishing colonies, the Irish followed in their wash, opening pubs.) At every bar, with every pint of Guinness bought, they offered free St Patrick’s Weekend top hats, spun from man-made fibre so combustible that a bit of over-excitement was liable to provoke spontaneous combustion.

From early in the morning on Friday, till late in the afternoon on Sunday, the lifts were filled with skiers dressed as leprechauns, asking each other where to find the craic. Even though we weren’t wearing fancy dress, we found it, quite by chance. My companions and I had just completed a testing post-lunch run, when we came round the corner to a bar we had yet to visit. We were greeted by a scene choreographed by Fellini. On the terrace behind the bar, a band were playing Pogues numbers at full tilt. In front of them was a swaying mosh pit of youthful hedonists, marking St Patrick’s Day in the most appropriate fashion: getting completely plastered. In the midst of the swirling multitude, there was a trio of red-headed young men stripped to the waist, oblivious to the way the searing spring sun was pinking up their shoulders. They were, naturally enough, wearing green nylon, pixie top hats.

For a good ten minutes, we stood outside the fray, gawping at the excess. Then one of our party suggested that dancing in the sunshine and snow atop an Italian mountain was a privilege wasted on the young. So we dived into the bacchanalia. Never mind Eurovision’s Greatest Hits; there is no floor-clearer more efficient than four ancient skiers dad-dancing in a sea of youth. Within moments we were on our own. It was probably just as well.