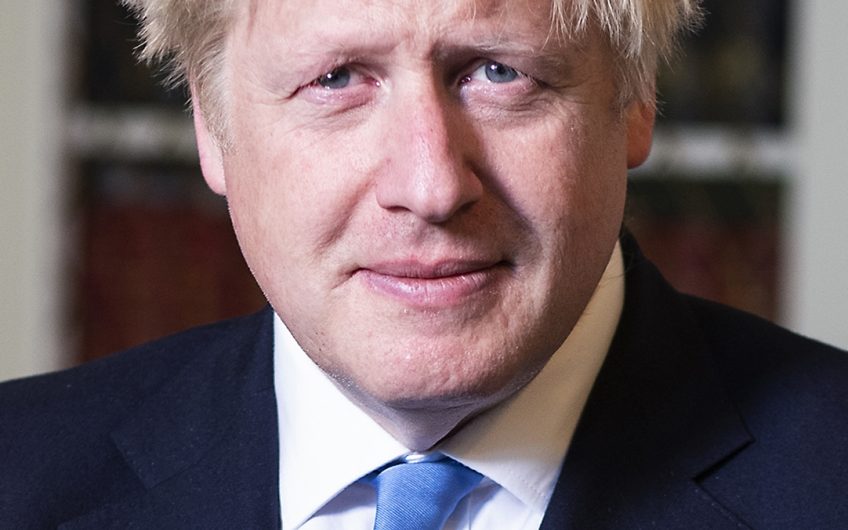 Professor Mary Beard has said she feels sick when Boris Johnson or Jacob Rees-Mogg quote Latin because it maintains the myth that Latin is only for posh people. Why does Boris use Latin so much? His old colleague Harry Mount has the answer

He expanded on this art in 2007 at a Latin-themed charity evening at the rectory in East Sussex belonging to the former editor of the Telegraph, Charles Moore. I was also speaking at the event. I had spent several days rehearsing my speech – on ‘The Joy of Latin’. Boris arrived late, in a cab that he had taken all the way from Blackpool after addressing the Tory Conference.

The audience were already in a state of “presumption of hilarity”, as his old Telegraph colleague Stephen Robinson referred to the Johnson effect. But they reached feverish levels of laughter when he actually started to talk, off the cuff, on the apparently dry topic of the use of Latinate words in English.

“The thing about Latinate words is they’re evasive,” said Boris. “There’s a whole world of difference between ‘You’re sacked’ and ‘We want to restructure the whole operation in the M4 corridor’. Alan Clark used the device to brilliant effect in the Scott Inquiry. ‘I was economical with the actualité’ isn’t just brilliant – it’s also less self-condemnatory than ‘I lied.’ You can see the effect at work in Apocalypse Now in the scene where they’re discussing what to do with Colonel Kurtz, the Marlon Brando character.”

Boris proceeded to recite the script from memory:

Lucas: Your mission is to proceed up the Nung river in a Navy patrol boat. Pick up Colonel Kurtz’s path at Nu Mung Ba – follow it, learn what you can along the way. When you find the colonel, infiltrate his team by whatever means available, and terminate the colonel’s command.

“Now that last bit,” continued Boris, “is a terrific bit of Latinate English. ‘Terminate with extreme prejudice’ is a much more elusive order than ‘Kill him’.”

As Evelyn Waugh said of his own classical education, he learnt “that words have basic inalienable meanings, departure from which is either conscious metaphor or inexcusable vulgarity”. Boris knows exactly when to depart from those meanings to produce metaphor or vulgarity, and sometimes both at the same time.

“He has an incredible memory,” says his biographer, Andrew Gimson, “and he combines the lowbrow with the highbrow – he loves extremely violent films.”

His favourite film is the Ben Stiller vehicle, Dodgeball. When he says he identifies with the Incredible Hulk – “the madder Hulk gets, the stronger Hulk gets” – he knows whereof he speaks.

Depending on the occasion, he’ll cherry-pick from his high- and lowbrow memory banks. A few years ago, I remember coming across an extremely serious, erudite article on Horace by him in the Spectator – no jokes, no Incredible Hulk references. What was going on?

It was only when I got to the end that I saw the article had been taken from a speech he’d given to Classics dons at the Horatian Society. Again, he was calibrating – up against the top brains, he jettisoned the trashy references. The cleverer Hulk’s audience, the cleverer Hulk gets.

Even when he’s apparently dropping down an intellectual notch or two, the brainpower is still churning away below the surface. Charles Moore noticed the intellect being smuggled in like this in a 2002 Telegraph article by Boris. In it, the then MP for Henley recalled being pelted with a bread roll by a Labour councillor at the Mayor of Henley’s annual dinner.

Boris opened the article by describing the arc of the bread roll as it sailed over the banqueting tables of Henley Town Hall. Leaving the roll frozen in mid-air, he turned to the serious meat of his column – some obscure aspect of Tory policy. And then, as the article came to an end, he returned to the flight of the “mini French baguette”.

Boris later admitted to Charles Moore that he was consciously using an ancient rhetorical device, much favoured by the Roman orator and politician, Cicero. The trick is called digressio, where you turn to a secondary, diverting story, while leaving your exciting original story hanging in mid-air – literally, in this case. In order to learn what happened to the bread roll, we read on in suspense, our appetite whetted, waiting for the mini baguette to hit the blond fright wig – as indeed it did.

“Boris,” I once asked him, “I’ve got to write an introduction to your collected wit and wisdom. I was just wondering whether you ever use any classical devices in your speeches or your articles.”

“Oh yes, I most certainly do,” he said, slipping on his ultra-serious skin, “there’s one particular Roman oratorical trick I use the whole time. Couldn’t survive without it.”

There, in a nutshell, is Johnsonian wit: the overstated, Latin-themed plea to seriousness, with the rug pulled out from under it by over-advertised stupidity. Those Wodehousian one-liners – or one-off words, like “imbecilio” – are also much harder to create than you might think. As Evelyn Waugh said of Wodehouse, “One has to admire a man as a Master who can produce on average three uniquely brilliant and entirely original similes to every page.”

Boris may not manage three per page; but there’s usually at least one per article. Boris pumps out the one-liners with apparent ease. In his Tory Conference speech in 2012, they came thick and fast: “the Ho Chi Minh trail into Hackney”, the “giant hormonal valve” that opened up our souls to a wave of happiness during the Olympics, and the “charismatic megafauna in the Serengeti”, as he referred to London’s new double-deckers.

If you try to pick apart the building blocks of Boris’s style, you do see a certain amount of classical inspiration. It’s most apparent in his extremely easy-going, colloquial style. He can only produce that breeziness by knowing the English language inside out.

That facility is largely to do with having studied Classics. I would say that, as a fellow Classicist, wouldn’t I? But I noticed the same pattern when I was in charge of work-experience schoolchildren and graduates on the Telegraph comment desk a few years ago. Most of them – whether they were educated privately or not – had pretty ropy grammar and would invariably make at least one mistake in a paragraph. But the Classicists never did – once you’ve learnt the genitive case, you never get the grocer’s apostrophe wrong again.

Boris lays a few classical idioms on top of that pleasing, flowing style, particularly anacoluthon – the sudden change of syntax in a sentence. He has even created his own form of anacoluthon – faux-ignorant anacoluthon you might call it; suddenly breaking up his sentences to attack his own thought process: “As I was saying – what was I saying? – can someone tell me what I was saying?” That said, it would be wrong to think of Johnsonian prose as just a cut-and-paste job of classical rhetoric.

As Andrew Gimson told me, “He’ll know the classical names of oratorical devices but he hasn’t got the aridity to be an academic Classicist. He learnt everything he knows by the age of eleven or twelve, from Clive Williams, his prep-school master. After that, his teachers just couldn’t get him to work. The story goes that, at Oxford, he went and cried alone in a cinema when he failed to get a First. But the truth of it is that he didn’t do nearly enough work. Even an hour a week would have been enough, but he didn’t do even that.”

Anyone who has taught Boris has been dazzled by his wit and memory, but disappointed by his incapacity for long, concentrated periods of work. I once asked one of his old Oxford Classics tutors about Boris’s chances of making it to Downing Street.

“Capax imperii nisi imperasset...” said the old tutor, quoting the Roman historian Tacitus on the Emperor Galba: “He was up to the job of emperor as long as he never became emperor.”

I’ve never been sure that he was right – the qualities needed to get a First at Oxford, or send your copy in on time to the deputy comment editor of the Daily Telegraph, are not the same as those required to get through the door of Number 10. Now he’s made his way through that door, we’ll see whether he’s really capax imperii – capable of ruling.