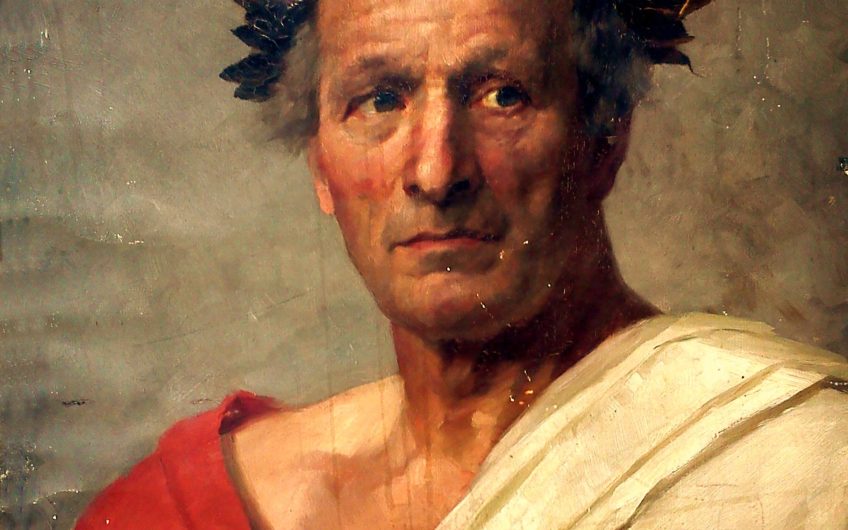 At the age of seventy two, Julian Barnes wrote the following in his novel The Wrong Story: ‘I’ve been educated at school and university and yet, in real terms, I know nothing.’

Recently, thumbing idly through an Oxford edition of Euripides’s plays, I found, tucked inside the jacket, several pages of handwritten (by me) and well informed notes on Orestes. Now I can barely remember the Greek alphabet.

And then, for those choosing to read English at Oxford, there was another subject which had to be passed in one’s second term if wanted to guarantee oneself a carefree summer on and off the river. Old English, as written by the likes of the Venerable Bede, looks to the untutored eye as foreign as Ancient Greek, bound up as it is in equally obscure grammar and sentence construction; yet time was when I sailed through page after page of Beowulf and King Alfred’s Translation of Boethius.

The other day, I got down my well-worn edition of Sweet’s Anglo-Saxon Reader. It fell open at a famous poem called The Wanderer, a set text described as one of ‘a group of elegiac poems in which the mutability of earthly things is the predominant theme.’ It might as well have been a recipe for burnt cakes for all the sense that I can make of it now.

All of which might seem to suggest that the brain retains information only when one has a specific use for it.

I once complimented Robert Harris on his novel The Fear Index and said how amazed I was at his extensive knowledge of hedge funds and algorithms. He smiled gently. ‘I’m a journalist,’ he said.

A QC friend, to whom I told the story, nodded knowingly. Like journalists, barristers are forever equipping themselves with specialist information of all kinds with which they have no previous acquaintance, and the moment the cases in question are over, all that material is put to one side, never to be used again - or, in all probability, recalled.

Education is the last thing on the mind of a journalist researching a piece or a barrister while preparing a case. Their brains have already been geared up to the task in hand. For them knowledge is simply a means to an end as it has been for countless men and women who, as school children, got good enough grades at Latin and Greek A level to catapult them into university and three years’ worth of often unrelated subjects.

Quite how so many University Challenge competitors seem to know so much about so many things remains a mystery to those of us who have long forgotten almost everything, though it is always cheering to find that the middle-aged alumni who are brave enough to compete in the traditional Christmas series are as dumbstruck as those of their counterparts sitting at home with supper trays on their knees.

All of us of a certain age have known the experience of struggling to remember the name of a well-known actor on television, or more worrying still of a relative one hasn’t seen in a while, and yet the moment one stops struggling, the name pops out, often with full details attached.

A journalist friend has a theory that the brain is like a huge library and the information required is not always sitting there on the shelves: it needs to be hunted out from subterranean stacks. This takes a little time and is the job of tiny, hard-working elves who burrow away and, just as we are about to give up in despair, hand us the answer on a slip of paper.

In his witty and instructive book Amo, Amas, Amat, the editor of The Oldie suggests that for those who once took Latin as a main of subject, the recalling of the vocab, the grammar and the syntax, does not require the help of elves or anything else: it is still there, tattooed to the back of one’s brain. ‘You might think you’ve forgotten it,’ he declares. ‘You haven’t.’

Not everyone, perhaps: certainly not those who hated Latin and couldn’t wait to see to back of their Kennedy’s Shorter Latin (sorry, Shortbread Eating) Primer. But there are many for whom knowing how to decline irregular verbs, understanding the value of dactyls and spondees in the composition of Latin hexameters and pentameters, and being able to read Tacitus’s life of Agricola in the original are still all there, waiting to be recalled among the fonder memories of classroom life.

Which might explain why I would very much like to be reminded of some of those pleasures and although I sometimes worry when they seem as irretrievable as quadrilateral triangles and algebraic equations, I feel confident at placing the recovery of Latin at the top of my list of useful and pleasurable diversions.

Life is too short at my stage of the proceedings to entertain the idea of re-living my happy days with Aeschylean tragedy and Grendel’s Mother.

Greek and Anglo Saxon will just have to remain buried in hippocampean gloom. But I’m glad to say that my Latin is coming back to me in reassuring measures. And although I am a long way from choosing the Aeneid as my bedside reading, just being reminded of the construction of ut and the subjunctive and the difference between gerunds and gerundives has unlocked many happy memories.