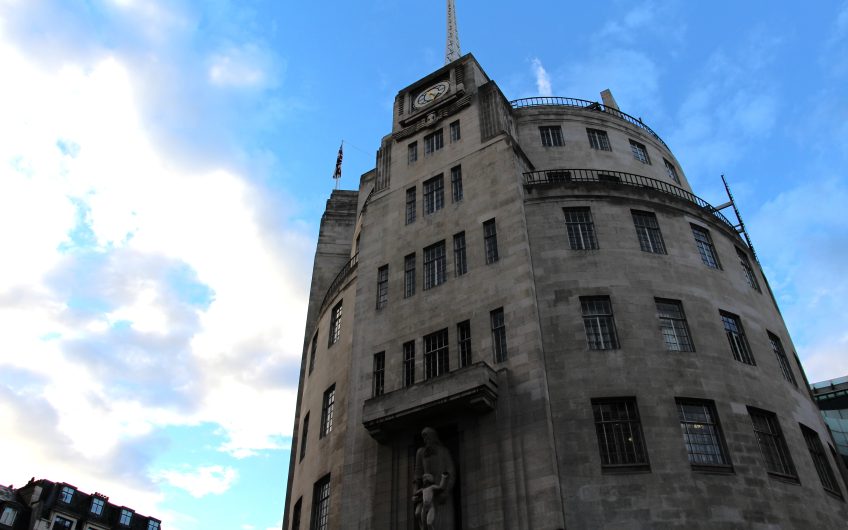 There’s no shortage of news. There have never so many sources. But we are not given the whole truth.

The worst sort of censorship is creeping into news coverage: self-censorship. With Putin’s or Erdogan’s censorship, you know what will get you in prison or dead. But self-censorship is an insidious virus that you cannot smell or touch but can only see or hear by being constantly vigilant.

When the knife murders happened in a Reading park, the attack was well documented and reporters were early on the scene, one actually nearby when it happened.

But not one news bulletin, summary or rolling news report mentioned that the three dead men and the several wounded were part of a group of gay friends sitting on the grass enjoying a sunny evening.

The Home Office couldn’t decide whether it was a terrorist attack or not before Ms. Patel decided it was.

But does this cowardly attack have Islamic terrorist fingerprints or was it actually a hate crime?

Watching at home, and hearing an early description of one of the dead, I wondered immediately whether he was gay and part of a gay group.

But you had to search next day’s newspapers to the find any reference to the sexual orientation of the victims, even though it may highly be relevant to the case.

News coverage promptly confirmed that the alleged perpetrator was from Libya, where the dominant religion, Islam, has always condemned homosexuality as an abomination.

If the arrested man’s background and antecedents were judged to be relevant to the story, which they were, why were those of the dead merely reported as an afterthought, if mentioned at all?

It may very well be that the three dead men were targeted precisely because of their sexuality. But this was not mentioned by the news media, even when their LBGT friends were filmed grieving outside their favourite local pub.

Why would news editors decide to censor or downplay important aspects of this story? When LBGT issues have never been more prominent, why seek to suppress an aspect of a story about which everyone, and members of that community in particular, needs to have the fullest background information, if only to kill false rumours.

News has no purpose except the disclosure of relevant information, as accurately and fully as possible, as soon as possible. But this is not happening and it’s getting worse.

Several years ago, before the first big sexual grooming and exploitation scandal exploded, I was driving one afternoon and listening to BBC Radio 5 Live. It became clear to me, having been a reporter for 27 years - 20 of them at the BBC - that the Radio 5 presenter, Peter Allen, was uncomfortable with the story he was reading out.

It was a report of a court arraignment of a group of men accused of sexually abusing young girls. What the story studiously avoided saying was that the men were all of Asian ethnicity and all the girls were all white.

Someone at the BBC had decided that the listeners should not be allowed to know these important truths. It was clear, at least to my experienced ear, that Allen, a respected journalist, felt uncomfortable to be short-changing his audience by omitting these material facts from a court report - in other words, deliberately messing about with the very administration of justice, because publicity is central to the judicial process.

Maybe this blatant censorship by some BBC panjandrum was intended to avoid the risk of enflaming race relations. It is sadly true that the police themselves, when investigating a rash of similar cases across northern towns, have shamefully admitted to playing down the racial element of these crimes of sexual violence for fear of provoking outbreaks of disorder by outraged local people.

But the BBC blue pencil lost its point entirely when there were so many similar cases, following the detailed exposure of these criminal conspiracies by fearless reporter Andrew Norfolk of The Times, that the scandals were raised in the Commons.

That meant that the game was up for BBC censorship, in this one case. The BBC had to start reporting these crimes with the impartiality and integrity that it should have shown from the beginning - giving some meaning to the time-worn phrase, “without fear or favour”.

People can stand the truth. What they cannot stand is being lied to or told a partial truth.

It has always been true that there are some stories too good to publish. Every Fleet Street editor was said to have a big steel safe full of them. But that sort of self-censorship usually has self-interest at its core.

A now dead editor of two Associated Newspapers titles told me that when Rupert Murdoch began buying British newspapers, in the 1960s, he reached a verbal agreement with the late Lord “Vere” Rothermere, of Associated, that neither of them would use his publications to attack the family or business interests of the other.

And they didn’t. You would have to look hard in the archives of the Murdoch and Rothermere newspapers to find anything much about the rival company and, until recently, hardly a negative or even a critical word has been published.

My editor friend learned that this secret “Non-aggression Pact” was in place when he was appointed to his first editor’s chair. But, he solemnly informed me, he would deny its existence on a stack of Bibles if ever challenged about it.

One rule for newspaper proprietors; another for the rest of us.

In recent years, all the national editors agreed not to run a serious story about the child of a Prime Minister, out of respect for the child, it was said. That was a greater degree of indulgence than they afforded the Queen when she appealed to them to lay off the Princess of Wales at a moment of great pressure on Diana.

Her Majesty was told by the editor of The News of the World, now defunct, that if Princess Diana didn’t want to be photographed going into a sweet shop in Ballater, near Balmoral, she should send a flunkey to buy her sweets.

I vividly recall the BBC tying itself in verbal knots when the Dutch far right politician Geert Wilders was banned from entering Britain by the Labour Home Secretary Jacqui Smith in 2009 and then deported when he arrived anyway, even though he’d been invited to address a meeting in the Palace of Westminster.

The BBC could not actually bring itself to report that the government had buckled in the face of left-wing threats of street violence, putting itself in danger of appearing to appease militant Islam.

That’s the trouble when you try to tell the half-truth. We hold our breath waiting for the other boot to drop. When it doesn’t, we rightly sense that something is being hidden.

During World War II, Britain endured plenty of disasters: Norway, Dunkirk, Tobruk, Singapore. But because the BBC told the truth about the defeats, it was believed when it announced the victories over our fascist enemies. If you start doctoring the truth, to fit some secret agenda, however high-minded or even well-meaning, all is rapidly lost.

Who knows what other censorship is going on right now? We don’t. That’s the point.

But if we start to doubt the mainstream news providers, there is a one certain outcome. Ordinary people, like those in those northern towns, will start to assume that “they” - the people in power and authority - are lying to them because they do not trust ordinary people with the whole truth.

And they will be right.