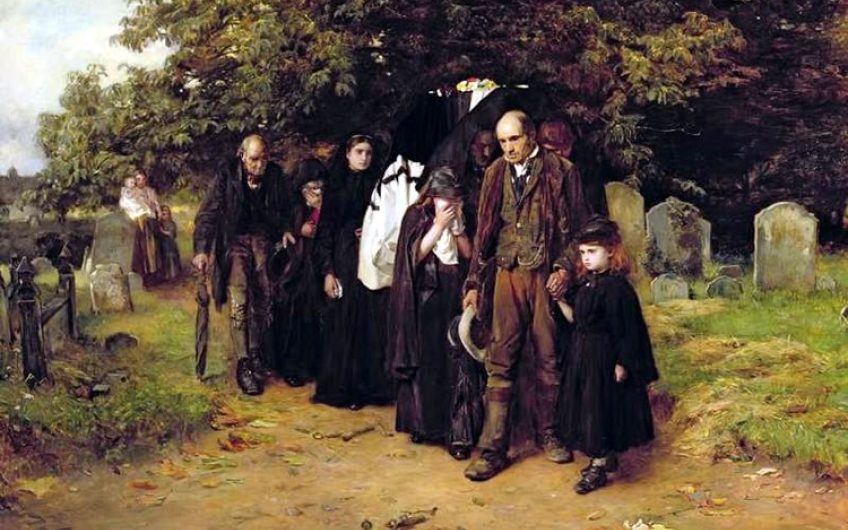 A chum recently bemoaned the fact that the only big events he went to these days were funerals. If only his grandchildren would start getting married and breeding (not necessarily in that order), his social life would be enlivened with weddings and christenings, rather than the usual funerals and memorial services.

I disagree. I enjoy funerals and memorial services. Weddings are a considerable chore and – like everything else – not like they were in my day.

Back then, I didn’t go to funerals, so I don’t really know what they were like thirty years ago. But now I love a good funeral.

Compare and contrast funerals with a typical modern wedding. The marriage service will be OK; usually short, though maybe with some dodgy musical performance from a prodigy child or two.

Then comes the first sign of trouble – the photos. Professional photographers (there now has to be more than one) have carte blanche to completely take over proceedings and dominate events for the first forty minutes – while the guests are gasping for a drink.

Thankfully, photographers are absent from a funeral. But there will certainly be lots of old friends there. They are jolly reunions – of school, club, office or family. Often a combination of these.

At a wedding – unless you’re the same generation as the bride and groom – you will know almost no one, other than the parents (who are far too preoccupied to worry about their guests!) and demented Aunt Mabel and deaf Uncle George.

You will meet similar lost souls who last saw the bride 27 years ago, when she was a toddler. Then you will meet the brother of the best man, who is drunk, and has a ring in his nose and a man bun.

At a memorial service, there will be eulogies and tributes. The speakers take their responsibility seriously, even if their words are light. Many years of listening to such addresses have taught them how to avoid the pitfalls of public speaking. We learn something new about the deceased we thought we knew so well.

Wedding speeches now go on for ever. Gone are the days of traditional speeches by just the groom, best man and father of the bride. Now two best men are becoming the norm – that’s two really bad speeches for starters. Then the bride wants her say, as, increasingly, does her mother.

The common denominator is that few of them will have spoken in front of an audience before – and they may have had a drink or two to steady their nerves. Make sure your own glass is full, and line up a spare. Bring a book.

Music at funerals is invariably well chosen, often beautifully performed, sometimes poignant and usually familiar. Back at the wedding, the band will strike up, covering the bride’s favourite 1990s classics, followed by a DJ with his tedious Ibiza dance hits. Maximum decibel levels result in all conversation being impossible, forcing everyone to dance (badly).

It would be churlish here to carp at the costs of a wedding for the guests, let alone the hosts. But, at the funeral, the collection will be for a good cause with which the congregation can readily sympathise: often the local hospice or a medical care charity – one whose services we’ll be calling on ourselves soon enough. Twenty quid should cover it, rather than the hundreds of pounds you have to spend now on the wedding present, travel, the local hotel and the new hat.

At the wedding breakfast, the seating plan is low down on the list of priorities for your hosts – nowadays, they’re more likely to be the happy couple, rather than their parents. They are much more preoccupied with (a) the gift list at Peter Jones, and (b) Kuoni Travel and their luxury holiday.

And so, if you’re not placed between Mabel and George, you’ll be next to someone with whom you have absolutely nothing to say, or your own spouse (all too often, ditto).

The menu will be on a budget, and it will show. Nowadays, canny fathers of the bride will apportion a lump sum for the whole shebang, and let the young get on with it. Food is likely to be well down in the pecking order. You’ve got to pay the fire-eaters and wedding planners first, haven’t you?

Worse is to come. No longer will the happy couple wish to get away to do what happy couples are supposed to do on the night of their nuptials. No, they are there for the long haul – and, therefore, so are you.

Lifelong non-smokers will now remember the joys of a cigar or cigarette, and race outside for a smoke or a vape. Eventually, at last, after several lifetimes, it will end.

Meanwhile, the wake will have been a civilised, generous affair. Guests will have much in common, there will be no self-indulgent speeches, and no loud music or frenetic dancing. Thoughtful relatives of the deceased will have arranged chairs to sit on, and tea to drink. You can leave when you wish; the main star of the show has already departed.

So, no contest really. Friends, reflections on a life well-lived, no obligations (not even to turn up, let alone buy a Cath Kidston watering can), coupled with pleasant, shared reflections about an old chum.

Compare that with many hours travelling on the hottest Saturday of the year, when you could have been on the boat or at Wimbledon.

Oh, and did I mention the clothes?