Why was Beethoven quite so brilliant? By David Oldroyd-Bolt 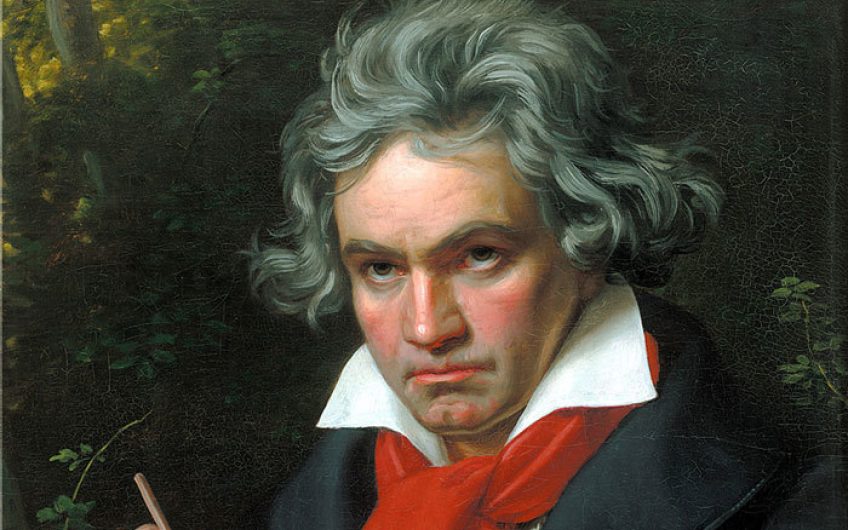 Today in 1827, the composer's funeral was held. Pianist David Oldroyd-Bolt explains his genius

If you pay even scant attention to Radio 3 or Classic FM, you’ll know that this year has been dedicated to something called ‘Beethoven 250’.

Leaving aside the clunking, oh-so-trendy title, I’m glad that these stations and many others around the world, along with most major concert halls, have decided to mark Beethoven’s 250th anniversary so enthusiastically.

He is, for most people including myself, the greatest genius music has ever known. The question is why? What makes Beethoven so special, particularly when compared with Bach, Mozart and Wagner, each of whom has a claim to that title?

Beethoven was not, as Mozart, an overwhelming child prodigy – much as his father might have wished. We know that Johann van Beethoven, while attempting to flog his son’s talent around Bonn, often claimed that little Ludwig was two or three years younger than his actual age. There’s no doubt that Ludwig was precociously gifted as a keyboard performer. He wasn’t, however, writing symphonies at ten. His genius took more time to mature.

In 1795, aged 25, he published his first piano sonata, his Opus 2. Dedicated to Joseph Haydn, his teacher, it bears clear impressions of his master’s style and contains more than the odd passing nod to Mozart, particularly in the slow movement. Yet this is music of striking originality. Haydn’s final sonata, published the year before, had shown a clear development in keyboard music towards thicker textures and more extreme dynamics. Still, though, it was bound by that unimpeachable classical grace, that courtliness and aristocratic control, to which he was utterly wedded. Beethoven discarded that from the very first moment. It is often furious, rhythmically aggressive, intensely serious music, the music of a man who knows he is sui generis and is impatient to demonstrate the fact. Its very key, F minor, is one of the darkest in the tonal spectrum, full of foreboding.

Is it impossible to discuss Beethoven’s music without discussing Beethoven’s spirit, his energising force to forge forth and be recognized as a man apart. To quote another revolutionary German, in all his music he was saying to the world: Hier stehe ich. Ich kann nicht anders.

Haydn and Mozart were court composers. They were employed by grand, often royal, families to produce music on demand. Beethoven was determined to break out of this from the off. No musician in history had dared say so frankly that his genius transcended social status, putting him so far above his aristocratic patrons in virtue and value as to make the idea of his serving them not only laughable but grotesque. As far as Beethoven was concerned, they were the servants of his genius. Their money and influence were only good insofar as they enable him to live as he needed in order to express himself.

I have often thought that one senses this best in Beethoven’s music through its rhythms. They are, in comparison with his predecessors, shocking. For the first time in musical history, rhythm assumes equal importance with melody and harmony. Think of the Finale of the Seventh Symphony, where Beethoven invents disco, or the Finale of his final piano sonata, No. 32 in C minor, where he not only invents boogie woogie but pushes music into the stratosphere, hands at the very extremes of the keyboard, reaching for the divine. It is his indomitable spirit being expressed in the rhythms of nature, not of finely spun, delicate glasswork as with so much of Mozart.

The innovations of Beethoven influenced musical development so fundamentally that it is no exaggeration to say everything afterwards would have been impossible without him. Brahms, Wagner, Bruckner, Stravinsky, Schoenberg, even Boulez and the modernists: none could have existed without Beethoven’s having shattered the status quo and put the artist on a pedestal above mere men.

Why are we spending an entire year celebrating one composer’s birthday? Quite simply because he was a genius of a kind with Leonardo and Shakespeare. The world we know would be inconceivable without him.