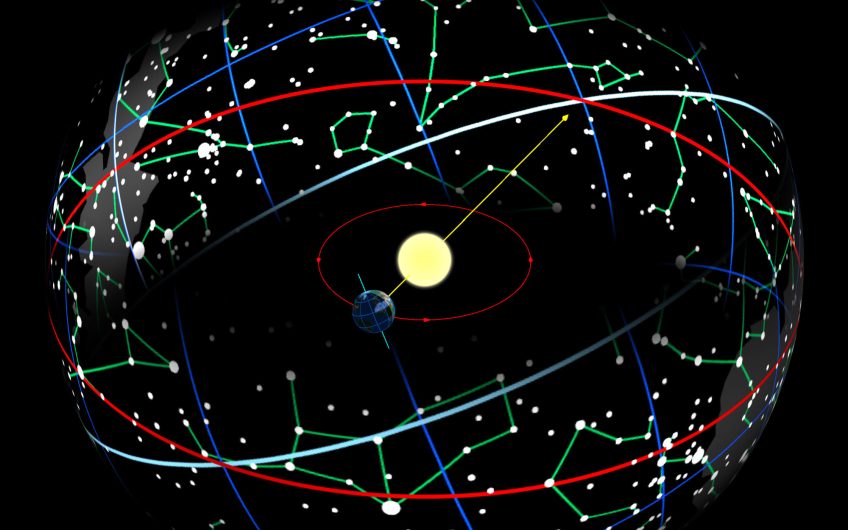 Boris's victory was in his stars.

“Corbyn’s numbers are awful,” said numerologist Liberty Forrest, doing the calculations on her laptop a week before the election and Boris's victory. “According to their numbers, I’d have to go with Boris. He’s definitely in a better position numerically to win.”

We hear this from different polling companies, usually with caveats about margins of error and sampling bias. The difference this time was that my expert was a numerologist. We know that predictions are meaningless unless producers are transparent in their methodology – so I asked how she was so confident that Boris would beat Jeremy Corbyn.

Liberty explains that her mentor, an adept in numerology, Tarot and related subjects, had taught her his system: you take the four numbers from a birthdate (in this case, for Mr Johnson and Mr Corbyn), and add them together and reduce them to single digits. “In all my years as a numerologist,” she says, “I have never seen a set of numbers that are as messed up [as Jeremy Corbyn’s], ending in a repeating sequence that is ... well, let's just say exceptionally challenging.”

Both candidates have a life path number of 9 - which means they are good at completing what they have started, and have a huge energy for making change - but the numerological prediction was based on their respective positions in the 9-year cycle of personal years.

Boris Johnson is in a year 1, and has been since his birthday in June. “That’s a very powerful year, that’s a year of newness and seed-planting and rebirth and transformation - it’s really powerful.” Mr Johnson became Prime Minister a few weeks into his year 1.

Mr Corbyn, however, is in a year 7. “Year 7 is usually a time out - a time to retreat, and to take stock. [Mr Corbyn’s Year 7 started the day of the European election results.] The energy will keep him off centre stage with Boris having his powerful year 1. His numbers are not good.”

But as well as a numerologist, Liberty is a psychic; and as a psychic she is less final: “Nothing is ever definite. You can only make a prediction based on the energy as it is in that moment. We’ve still got a week of things changing, and people changing in their minds, and that’s what messes up any prediction. It’s not that a psychic is good or bad - well, some are better than others - but you can never be certain because there’s free will.”

In other words, as the pollsters insist, this is just a snapshot of public opinion rather than a prediction.

Liberty first realised that she had psychic abilities when she was at school, and dreamed that her two best friends were dead. She went down to breakfast to share her nightmare with her parents - who silently handed over the newspaper report of their deaths. “After that, everything changed, and I started having a lot more experiences like that, and I started knowing things I shouldn’t know. For a few years, it was mostly in dreams. As the years passed, it just kept getting stronger and more frequent and more exact.”

“I see a big letter B,” she says now, when I ask her about the election. “It’s just like a knowing of the letter B. It doesn’t help that I’m clairvoyant, clairaudient, clairsentient… I see, hear, feel and know things. But it’s a B. It’s thick, not like a pencil line, it’s a fat B. I think it’s Boris.”

Could it be Brexit, I ask. “Maybe. Or does it mean Plan B? Corbyn has a B in it. But it feels more like Boris.”

Liberty is Canadian, and has no real interest in British politics - or politics in general, although she did vote for the Natural Law Party - and did not know the candidates. I show her photographs of Mr Johnson and Mr Corbyn and ask her to tune in to their energy.

Of Mr Johnson, she says, “I feel like he’s actually quite a sensitive person, but he hides it; I think he feels things a lot more deeply than people think he does and I also feel that he’s quite anxious as a person. My palms are sweating like crazy with him, my mouth feels dry, I just feel anxious.

“I do see a soft side of him that I don’t think he likes people to see. I think he struggles to trust people in his private life… He’d like that connexion but he doesn’t know how to get it. There’s a fear of trust, and being hurt. It’s almost like he expects to be betrayed, so does his best to make sure that doesn’t happen.”

She feels that Mr Corbyn also doesn’t trust anyone, but in his case, “he doesn’t trust anyone because he isn’t trustworthy. He has this awful energy about him. He keeps secrets - I feel like he’s always biting his tongue, he’s not saying the whole thing… I just keep feeling there’s a thing about secrets. His eyes are steely and cold - it’s like he has no heart. Boris definitely has a heart - he just tries to hide it.”

The idea that Mr Johnson and Mr Corbyn are in some way twinned - in their numerological life path, in their psychic energy - is reflected in their personal horoscopes: they are both Geminis. When I put this to Julian Venables, an astrologer of 25 years’ experience, he laughs and says “So is Donald Trump! Geminis seem to be the world leaders at the moment because Neptune is pushing on them to cover up what is actually happening, that needs a Gemini to be very quick-talking about it, to explain it - they’re very clever, dextrous and versatile. Boris has four planets in Gemini - he’s very good at doing it. Trump is the same.”

And Venables is very clear on what is actually happening - which is much more profound than the simplified dozen signs of the horoscope. “A proper astrologer is nothing like what you would read in a newspaper. I work at those upper levels of the idea that measurement has meaning - that’s the key to astrology. So when we see two planets lining up to make the same alignments, that is a correlation, a mirroring of what is happening on earth. That’s the basis of mathematical astrology.”

A good example is the conjunction of the planets Saturn and Pluto - “two very political planets”. They meet in the sky every 35 to 37 years, but the last time they met in the sign of Capricorn was in 1517, just as Martin Luther was nailing his theses to the door of Wittenberg Cathedral, which led to the Church of England breaking away from the dominance of Rome. And now, with Brexit, we are breaking away from the Treaty of Rome. “History repeats itself,” Venables says, “We just see it as layers upon layers. It’s really quite awesome.”

His analysis of the political situation is not based on the birth dates of the party leaders, but on the country as a whole; he bases it on the astrological chart for midnight on 1 January 1801 when, under the Act of Union, the United Kingdom came into being. “For these last three years, the moon has had some really difficult planetary interactions in that 1801 chart, that started with the Brexit referendum. Pluto - the psychic planet of birth, death and rebirth, destroying in order to rebuild - has been opposed to the moon of England. These interactions created this division or split in the population... All this is mapped out in the astrology.

“On December 15th - three days after the General Election - we have the last difficult transit to the moon, that started back in 2016,” he says. “There may be a feeling of limiting and restriction as a result, but possibly a new ideology put into place. I think that there might be a few more struggles going on in terms of who’s going to take control - if I were to predict, I would say there will probably be a hung parliament. But there is also a likelihood that there may be a Labour coalition with the SNP.”

The Conservative & Unionist party’s chart - based on their foundation on 12 November 1867 - had the same difficult planetary actions over the last three years: “I have always thought that astrologers behind the scenes picked the start of the Conservative party and got that angle of the moon [19 degrees] spot on. It’s no coincidence: the two charts [of the Tories and of the UK as a whole] line up very well. That is why they’ve mostly been running the UK over the years - but with the moon in Cancer being pulled apart by Pluto this time they’ve destroyed themselves. The final nail in the coffin is this General Election now.

“I’d be thoroughly surprised if the Conservatives get a majority, I really really doubt it,” he says.

He also raises the prospect of a government of national unity, which not many other pundits are predicting. A number of planetary aspects are similar to the time of the last national government in the 1930s. Uranus takes eighty-four years to go round the zodiac, spending seven years in each sign; it entered Taurus the week that Prince Harry married Meghan Markle. The last time it entered Taurus was at the time of the Abdication, when a different American divorcee entered the royal family. “With astrology, history repeats itself with a new overlay. It’s a similar cycle occuring again. It happened before, and I think it will happen again.”

It certainly makes a change from Professor John Curtice wondering if the predicted result is a repeat of the 2015 election or the 2017 election.