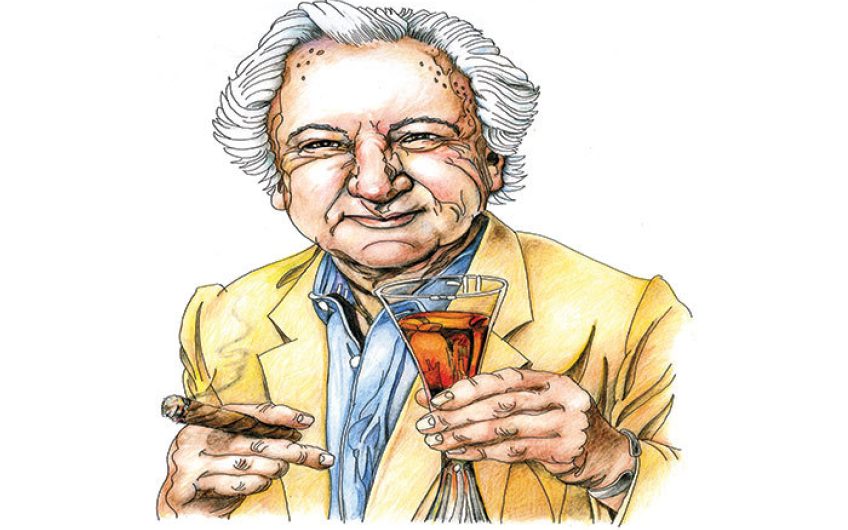 I was sitting in front of a huge desk behind which Michael Winner sat puffing on an enormous cigar, and an extremely nervous production manager was twitching beside me. I was being interviewed for the position of production secretary on Mr Winner’s next film, The Wicked Lady. We had already established that my star sign was satisfactory – I was Pisces and he was Scorpio, which meant we would rub along together.

This was the first of the many times I would work with Mr Winner. He wasn’t an easy person to work for – at times he was impossible. A larger-than-life character, he enjoyed terrorising any member of his staff or film crew he felt deserved it. Sometimes he chose the wrong person. He screamed at his driver about the traffic and the need to go faster but since nothing could be done about it, the driver stopped the car, got out and told him to get on with it. He admired people who fought back, soon forgettingany awkward incidents, and was taken aback if the person did not want to remain in the job. Though anxious to preserve his bombastic image, he had a softer side and, as well as giving financial help, he loved to sort out friends’ or employees’ problems. His generosity could seem questionable. He would use his air miles to buy Christmas presents from the American Express catalogue for the staff. My birthday present one year was a Concorde pen in its presentation box, ‘With the compliments of British Airways’.

His film schedules were firmly adhered to and, unlike many directors, he kept regular hours. Lunch was always at 1pm, and God help the caterers if they were not ready with his waitress and silver service. Filming would finish each day at 6pm, even on location. He always said that the crew had to rest and spend time with their families.

He liked to run competitions while filming. A favourite was one in which every member of the unit guessed the slate number for the last shot of the film. The winner was rewarded with a large cash prize donated by Michael and the film financier. The schedule might go slightly adrift as a result: it was said that he extended or shortened the filming to ensure that the winner was the person he felt deserved it most.

Michael could be incredibly mulish. Working post-production on a six-day deal, there was often nothing to do on a Saturday – but he wanted his money’s worth and would find me ridiculous jobs to do. On one occasion he set me a timewasting task that I had not finished by the end of the day. He insisted that it could wait until the following Monday but I was determined to finish it. Stalemate! He only wanted me out of the house because one of his lady friends was arriving…

A few years before I retired he offered me a job working normal office hours five days a week. After so many years working seven days a week it seemed a wonderful opportunity. But instead of worrying about ‘important’ things such as crew arriving on location and the necessary equipment being in situ, I now worried about whether I had put the correct postage or postcodes on letters or whether there were typos in my work – he was doing his articles for the News of the World and the Sunday Times as well as writing his memoirs and Winners’

Dinners books. With Michael, these problems always came back to bite you, and at times I felt as though I was in my first job after college instead of being almost an OAP. Occasionally he would be involved in what he loved best – filming – and we would all knuckle down to do a commercial for Esure.

Michael was an extremely useful person to know: any problems with suppliers or insurance companies could be resolved by saying ‘I work for Michael Winner and he would love to hear about this.’ In between the minor panics and insignificant dramas, he was great fun and we would laugh a lot. There were moments when I found his screaming insufferable and wanted to quit, but before I could flounce out with a grand exit, he would switch on the charm, I would reluctantly ‘calm down’ and, yet again, he would promise me the world.